If you thought submarines are inventions of modern origin, then you might want to think again. As it appears, plans for a submersible boat dated back as early as 1578.

History tells us about William Bourne, an Englishman who created one of the first concepts of underwater boats. In 1620, his drawn concept was realized by Dutch builder Cornelius Drebbel.

The submarine was made from wood, had oars for propellers, and was, amazingly, capable of staying underwater for several hours. It had attached tubes that made it possible for air to circulate the surface to the crew below.

Rumors tell us that during the Drebbel submarine’s demonstration of River Thames, the wooden vessel was able to stay underwater for the space of three hours. The event was witnessed by thousands of locals in London.

Constantijn Huygens, a Dutch poet and composer, was one of those who personally witnessed the demonstration. In his own words, the “bold invention” can be extremely useful for warfare because it can attack and sink enemy ships.

It would, however, take another 100 years before the first submarine was created for military purposes.

In 1718, Russian carpenter Yefim Nikonov wrote to Peter the Great saying he can create a “secret vessel” for him. 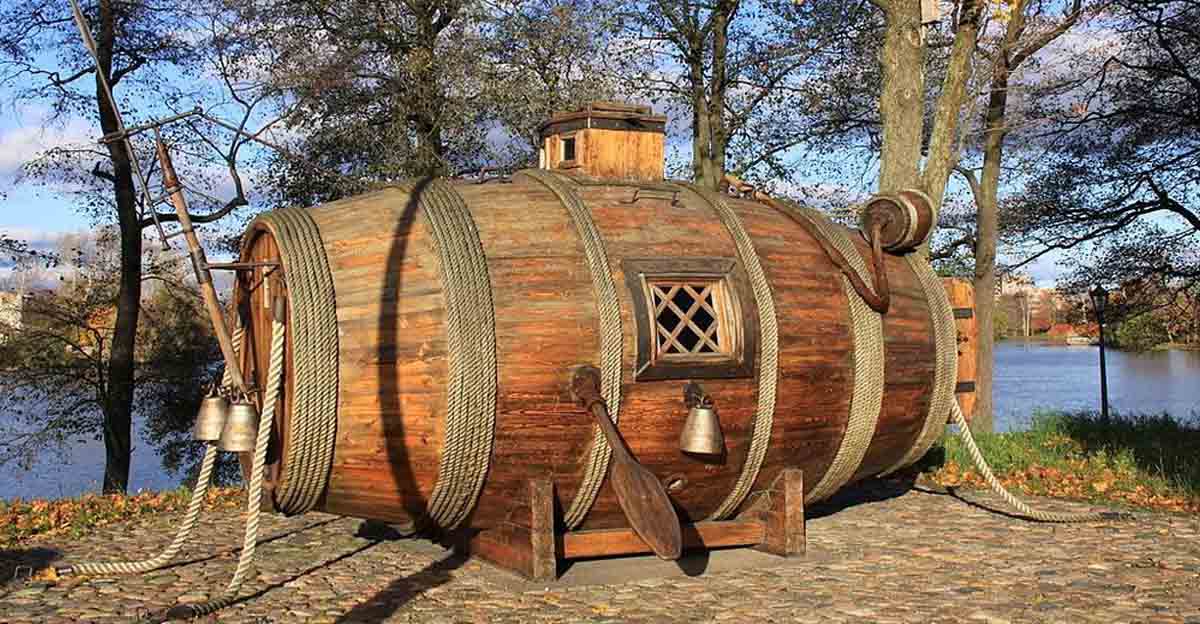 In 1718, Russian carpenter Yefim Nikonov sent a letter to Peter the Great telling him that he could create a “secret vessel” that could travel underwater, destroying cannon-equipped enemy ships in the process. Nikonov was invited to Saint Petersburg and was given the permission to begin construction.

After 3 years, Nikonov was able to finish the first model. Peter the Great was so impressed, he encouraged Nikonov to create a full-sized version. 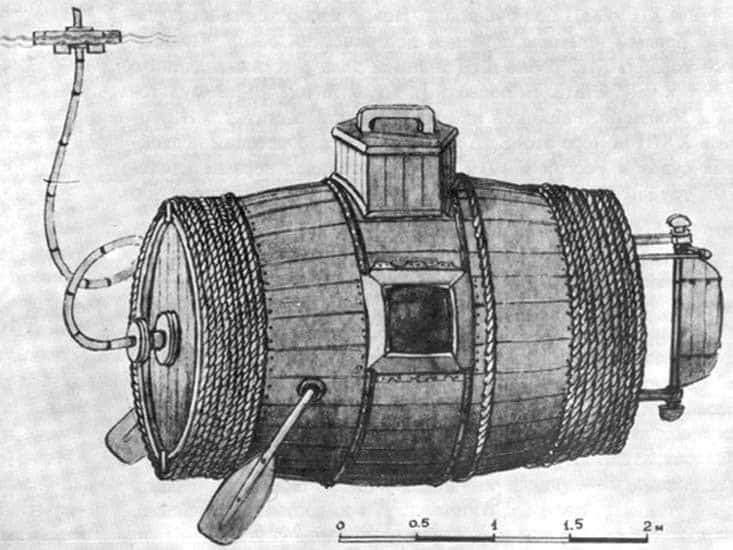 He finished the model in 3 years later and demonstrated its features and capabilities. Peter the Great was so satisfied that me immediately asked Nikonov to build a full-sized version of the underwater battleship.

However, problems plagued Nikonov’s submarine with all three demonstrations resulting to failure. 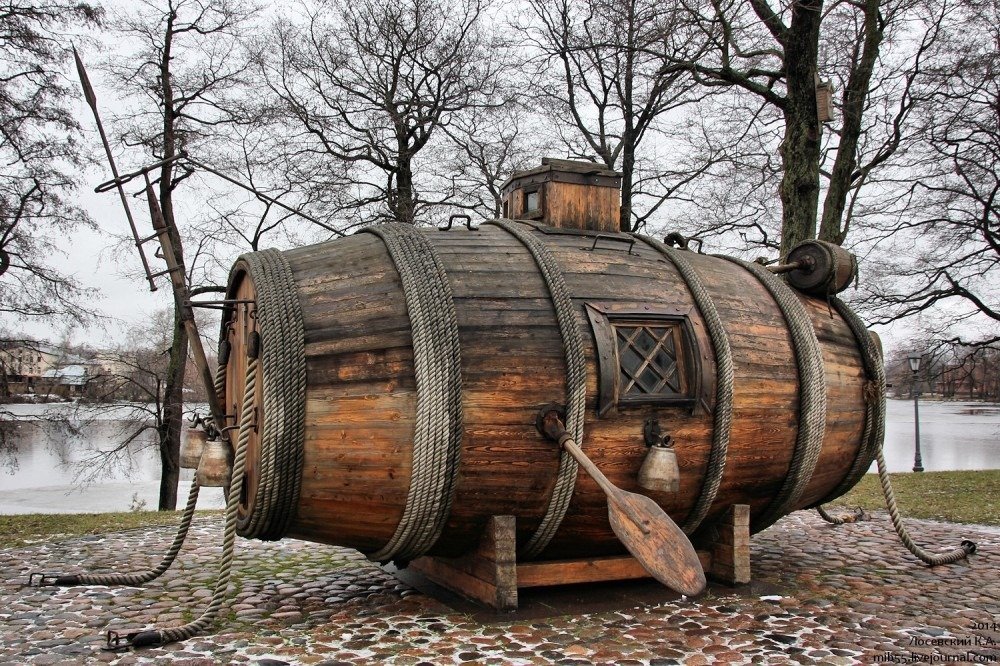 Nikonov’s submarine was made from wood and had a shape similar to a barrel. It was equipped with “fire tubes,” a weapon similar to modern flamethrowers. It also came with special airlocks so aquanauts can come out of the vessel and destroy the bilge of enemy ships.

Unfortunately, however, the submarine’s first trial in 1724 was a tragedy. The vessel sank while Nikonov and four other crew members were inside. Thankfully, they managed to escape what could have been certain death for them.

A replica of Nikonon’s submarine now stands at Sestroretsk, near St Petersburg, on Neva River 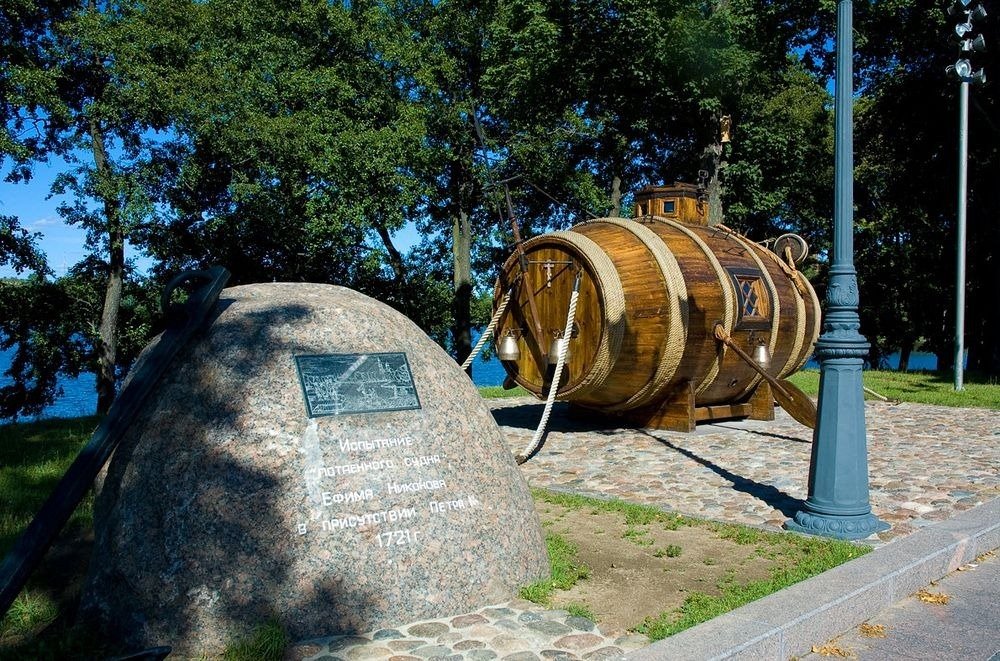 Peter did not give up on Nikonov and continued to fund the project. Nikonov continued his efforts to enhance the design but each one came with new concerns. The second and third tests in 1725 and 1727 ended in failure as well. Nikonov was later charged with abuse of public funds and was kicked out from his job.

It was already in 1775 when the submarine was successfully utilized in battle.

In 1775, American inventor David Bushnell came up with his own version of the submarine. It was an egg-shaped vessel named the Turtle. 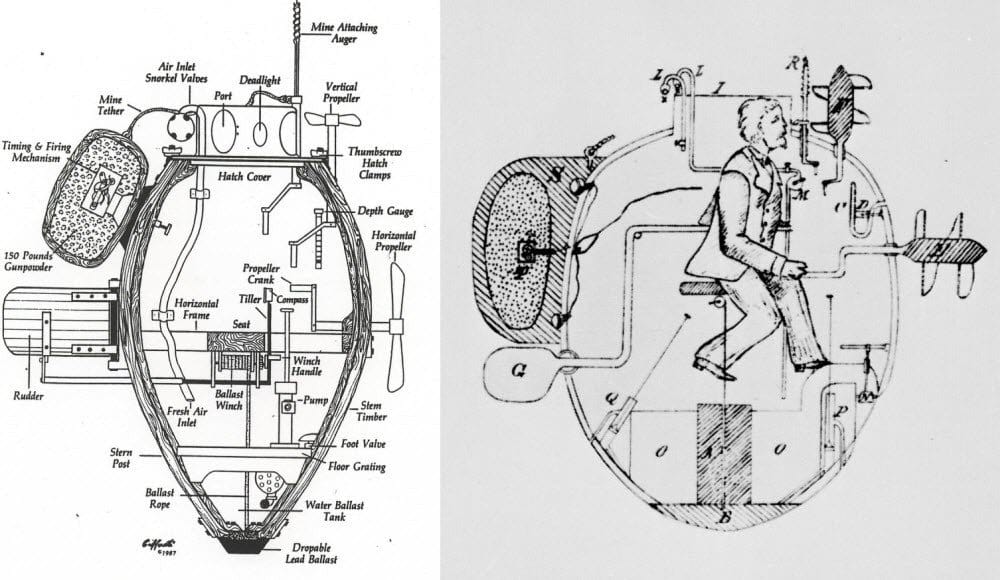 Built by American inventor David Bushnell, the Turtle was a hand-powered device that can accommodate a single person. It had a shape similar to an egg and it was fully capable of underwater movement.

The Turtle was utilized during the American Revolutionary War with Sgt Ezra Lee as its operator. 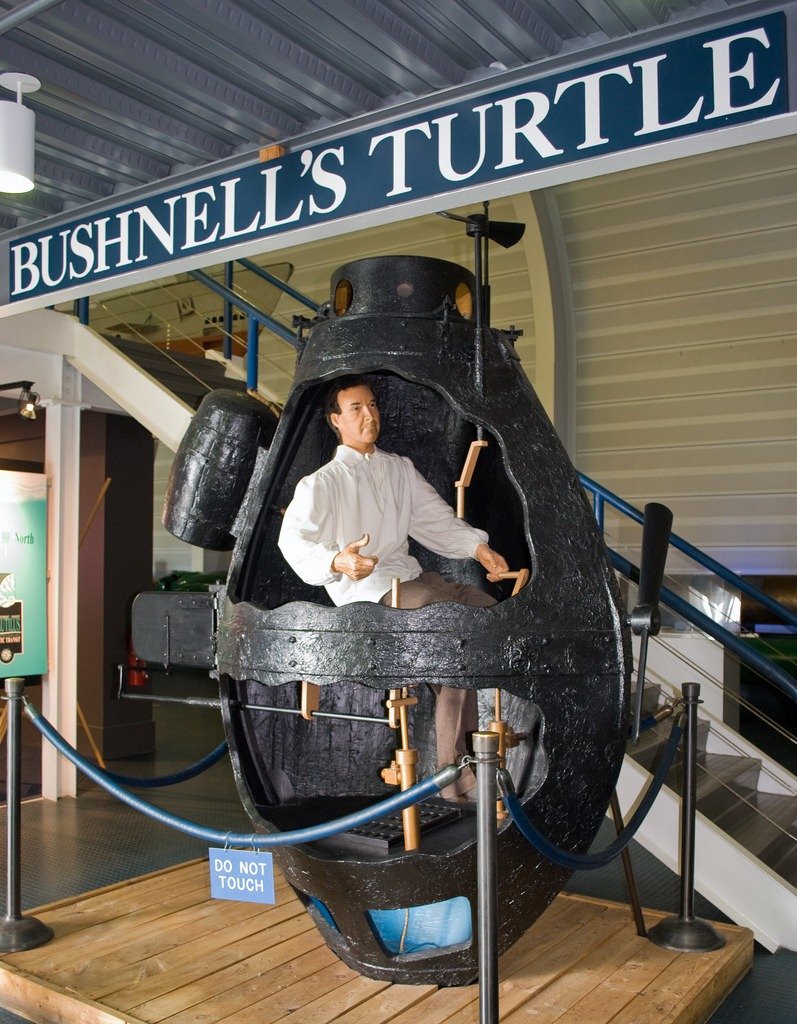 In the American Revolutionary War, the Turtle, Sgt. Ezra Lee operated the Turtle and tried to attack British warship HMS Eagle. He, however, failed it his mission since the British discovered his presence and he was forced to abandon the vessel.

Today, replicas of the Turtle can be seen displayed at various American museums and in the Royal Navy Submarine Museum at Gosport, England.