If you ask us, we really don’t find anything funny about a prank that’s meant to make someone think that you’re cheating on them. However, there are some people whose sense of humor is twisted enough to think otherwise. One such person is a young woman named Lauren.

The video starts out with prankster Josh Paler Lin — who is considered a YouTube celebrity — explaining that his friend, Lauren, has thought of staging a scene to make her boyfriend think that she’s been intimate with another man.

Meet the pranksters: Josh and Lauren 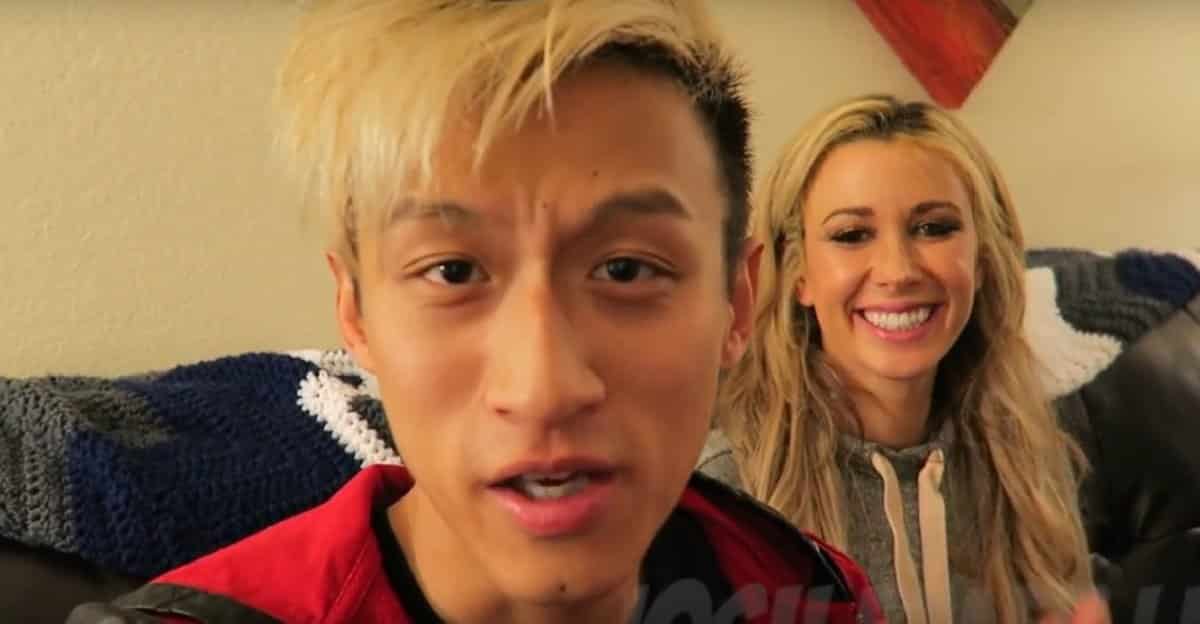 Lin explains how they got Lauren’s boyfriend to get out of the apartment he shares with her: “We asked her twin sister, Jennifer, to ask him to help her move moving stuff. By the time he gets to her place, she’s going to cancel on him, so he has to come back.”

After their hushed-yet-hurried introduction, Lin and Lauren wait for word from Jennifer. While waiting, Lin strips down to his boxers, while Lauren makes herself look disheveled. Once Jennifer sends a text message to Lauren saying that he boyfriend is on his way back to their apartment, Lin and Lauren “get into character.”

The two go to the bedroom. Once they hear Lauren’s boyfriend coming, Lauren gets under the sheets while Lin gets inside the closet.

So, Lauren’s boyfriend is seen going into the apartment and heading for the bedroom, where he asks Lauren what she’s been up to. Sensing something amiss, he then looks in the closet and sees Lin. 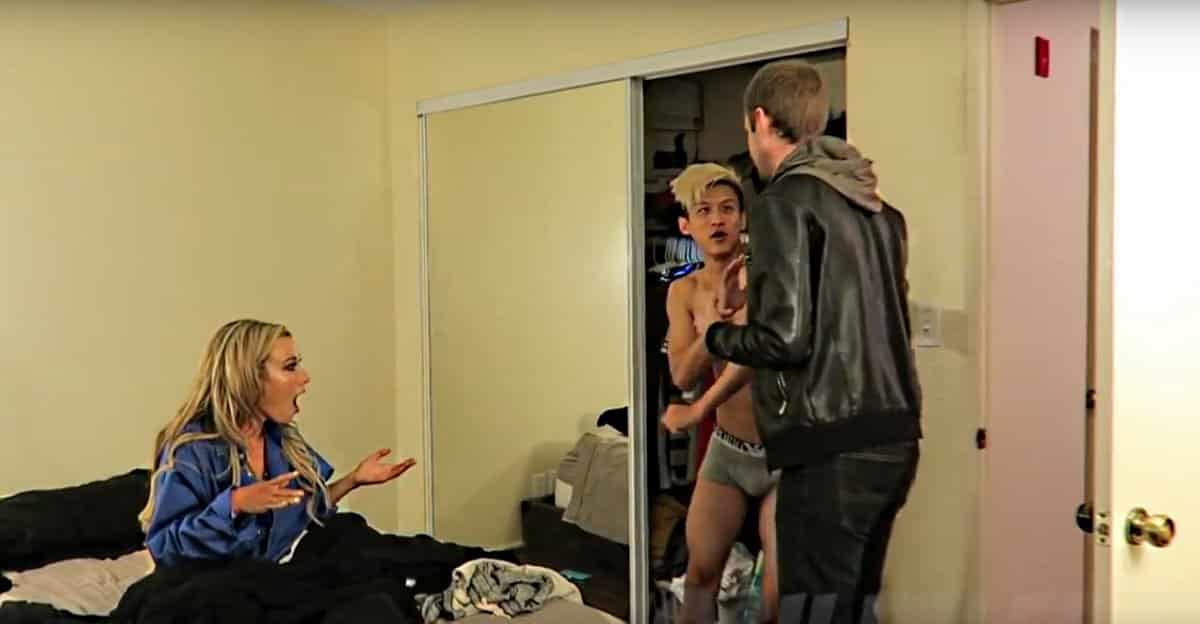 Lin is then dragged out by Lauren’s boyfriend. The two men then head to another room. Lauren then hears them fighting.

Watch it all go down!