Whoever thought that McDonald’s Szechuan sauce can cost a fortune like a real collectible antique? Well, Rachel Marie is now a believer of the popular sauce’s value. Why wouldn’t she when she got a car out of the Rick and Morty Szechuan sauce!

After people demanded McDonald’s to bring back the Mulan Szechuan sauce because of a “Rick and Morty” episode, the fast food chain decided to launch a limited number of the hit animated show’s own version of the sauce.

A girl hits a jackpot when someone agreed to trade his car for her McDonald’s Rick and Morty Szechuan sauce. 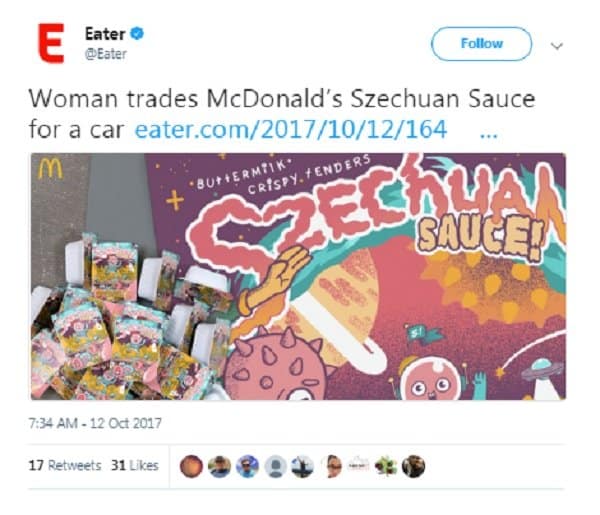 In the said episode, Rick went on a mission to find the McDonald’s sauce created in 1998 to promote the Disney movie “Mulan.” Followers of the cartoon craved for the sauce and when McDonald’s announced to bring out the “Rick and Morty” Szechuan sauce, Rachel was among those who went loco and swore to be one of the lucky owners of the special sauce.

Rachel drove 45 minutes to Detroit during McDonald’s Saturday release of the talked-about sauce. She shared about the experience:

“When McDonald’s said they were bringing it back, I thought it would be cool to get a sauce. By the time that happened, there were hundreds of people waiting. The line snaked around the building.”

Waiting for hours outside McDonald’s is not a joke, but it was all worth for the 23-year-old graphics designer as she was among the lucky 20 people who received the rare sauce with the cool design. Those others who waited in line were totally upset, but McDonald’s swore to release more packets in the winter.

Rachel Marie posted a photo of the sauce she got from McDonald’s on Facebook where she tried to trade it to a car. 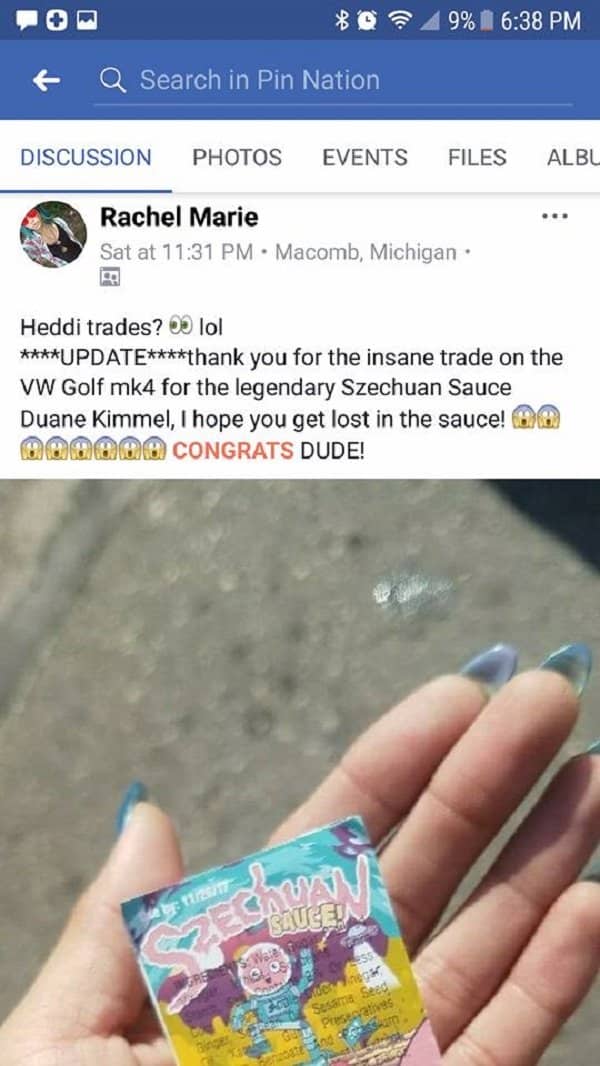 Rachel originally planned to feast on the sauce while watching a new episode of “Rick and Morty.” However, after putting more thought on what to do with the sauce, she decided to post a picture of it on Facebook’s Pin Nation group to see what she can get for it. She said in an interview:

“There was actually a large response with some nice pins. But if I could get a car, I thought, why not ask?”

Rachel was surprised to meet someone who would actually take her trade offer. The man who responded to her post negotiated with his 2000 Volkswagen Golf MK4 as his trading piece. While Rachel couldn’t believe her luck, the car was already delivered to her garage.

Rachel is about to drive a red Volks, thanks to McDonald’s for launching the limited Rick and Morty sauce. 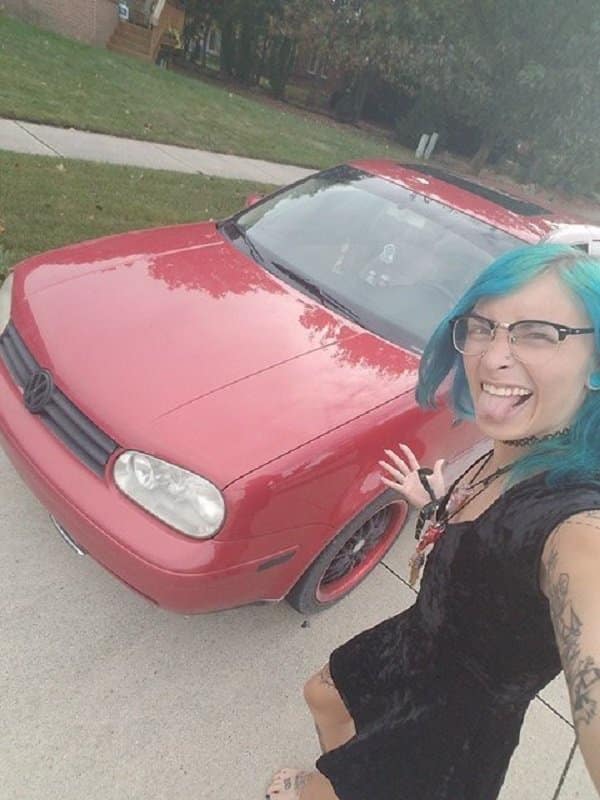 The man who traded with Rachel was apparently a dedicated “Rick and Morty” fan, and he couldn’t let the chance of owning the limited edition sauce just slip away. He also said he already has a new car so he was that willing to give up the Volks for the sauce.

The traded car is currently being modified, but it will not be long enough until Rachel gets to drive it to the next McDonald’s Szechuan sauce release.