As part of a social experiment, a pretty brunette wearing a knee length dress pretended to be drunk to see how men would react to her situation.

The footage captured in downtown Madrid at around 5:30pm was filmed by the rehab clinic Centro Europeo Neurosalus.

At one point, a man in white shirt seemingly pinned the woman against a wall as he plants a kiss on her several times. While he was trying to make a conversation with the woman, his hands can be spotted on the woman’s hips as he appears to attempt to lead her away.

The woman pretending to be drunk received unwanted attention from several men. 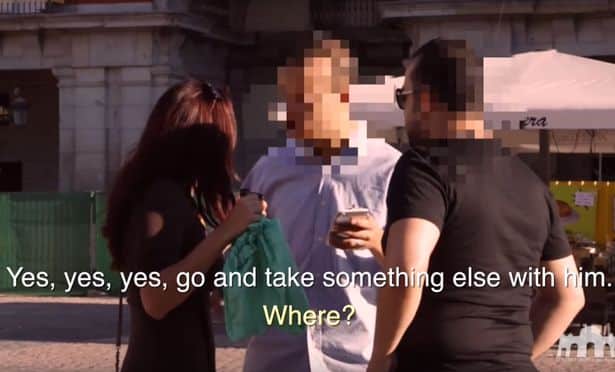 Luckily, one of the woman’s alarmed colleagues interceded and tried to save her from the “predator”.

One of her colleagues tried to save her from the predator. 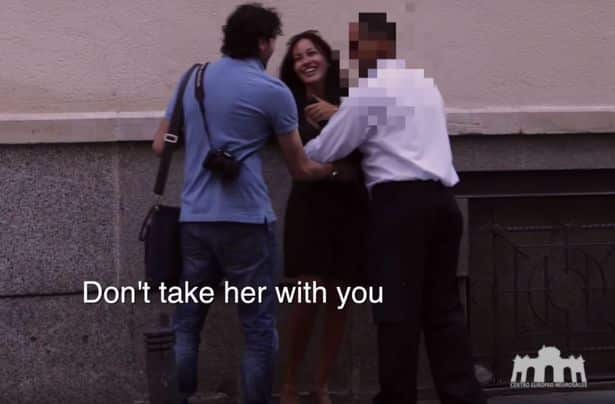 However, the man didn’t want to easily give up his prey as he clings onto her arm and tried to persuade the woman’s colleague that she knows him.

“Hey, why do you take her away. You don’t take her,” the man was heard saying in Spanish. He even told a lie when asked if he really knew the woman.

“Of course! She is my customer,” he said. Finally, the woman was freed from her “captor” and walks away to safety. Her colleague was heard saying in a microphone: “Don’t let anyone touch you.”

During the course of the social experiment, the lone drunk woman was approached by a steady stream of men who made unwanted advances towards her.

A group of four middle aged men were the first to approach the woman. They asked where she is from and where her friends are.

The woman then revealed that her phone ran out of battery and that she needs help in finding her friends. But apparently, the men were more keen in helping her get more alcohol rather than reuniting her with her lost friends.

One of the men told her: “I don’t think you drank enough.”

After the clip gets cut out, the woman is shown to be talking to another man who grabbed and tried to convince her to come to a staircase with him to sit down.

This man grabbed the woman and seemingly led her away. 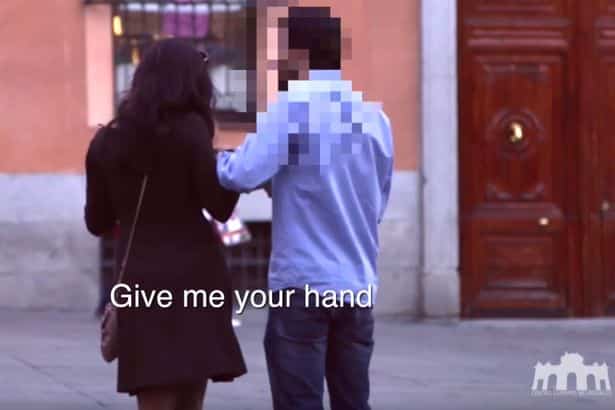 Random Stranger Offered $10,000 For His Girlfriend, Watch This Couple’s Reaction 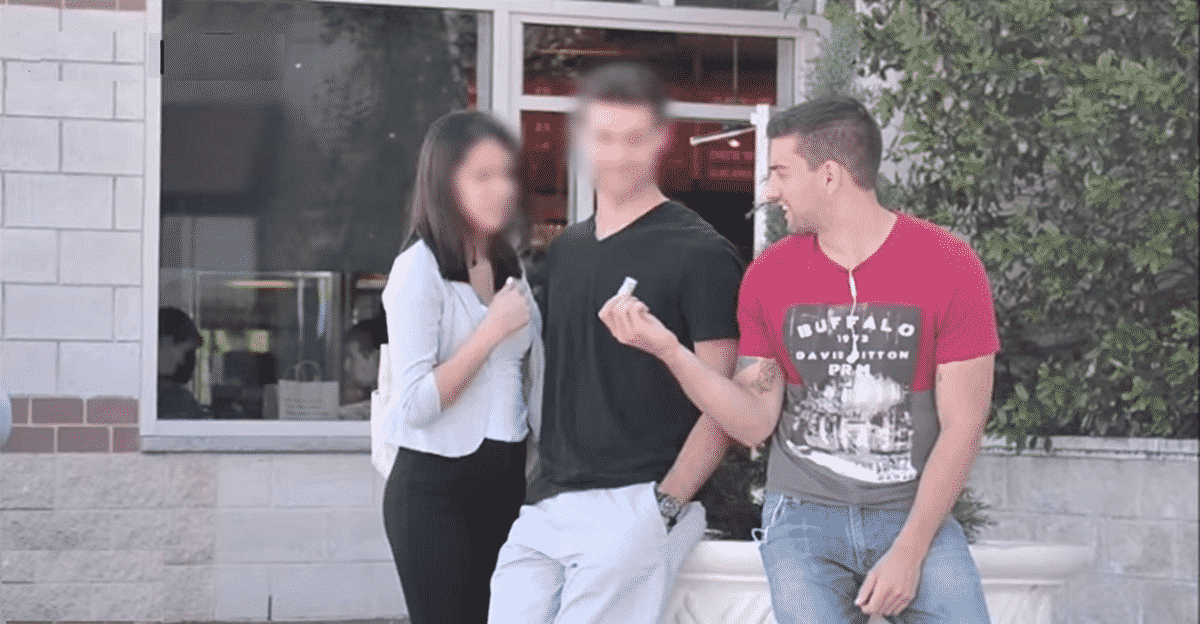