It was last year when same sex marriage was legalized in all states of the United States. Since same sex couple can not conceive a child, adoption is one of their options. 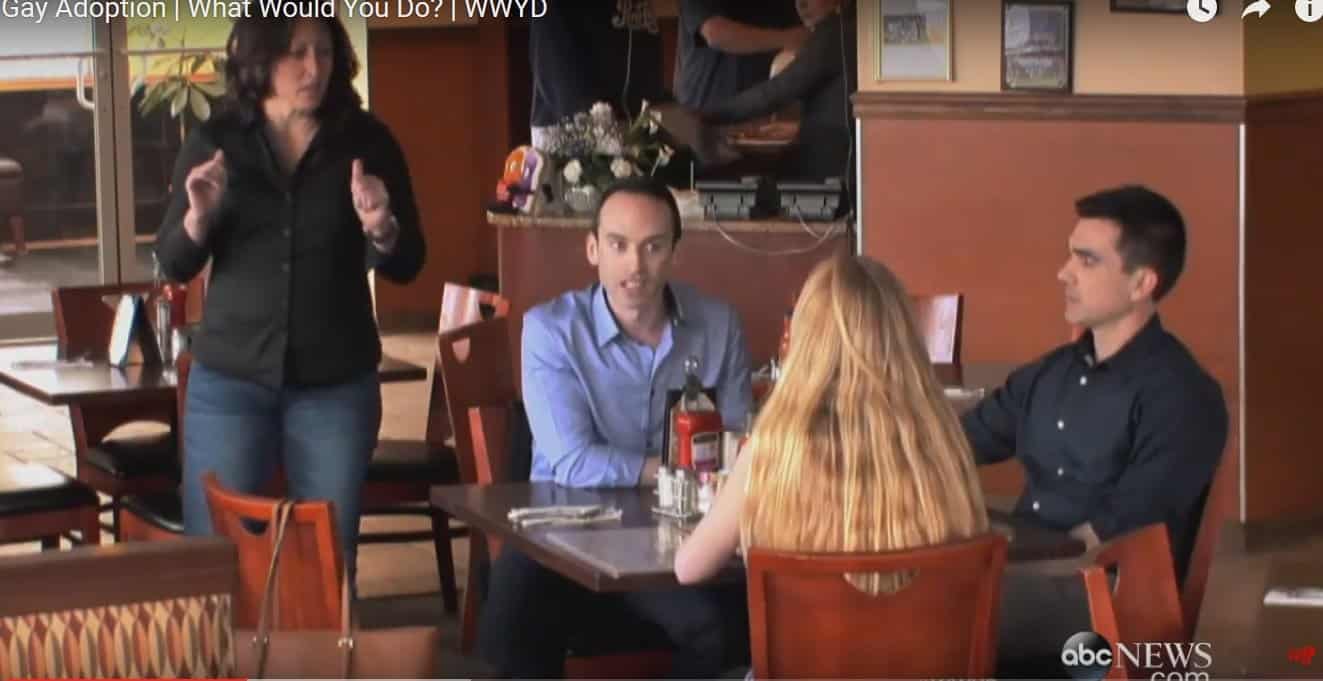 In the social experiment created, you will see how people reacted when a gay couple who is about to adopt a child was confronted by another person. You will see how people in the restaurant responded and voiced out themselves in the situation regardless of their personal opinion and beliefs.

The setting was a pregnant young woman is talking to a gay couple who wants to adopt the child in the womb. Then a woman from another table will come up to the conceiving woman to tell her that it is not a good idea and also telling the gay couple her opinion about the situation. Everyone got upset with the lady who is not in favor of the gay adopting a child. No one kept their silence when the argument was happening. Some even heated up and stood for the couple.

Not everyone would approve of LGBT rights. All people have their own opinion and beliefs. What matters for now is the respect that everyone should give to one another.

Straight or gay, the right of an individual to be respected still remains the same. Freedom to choose for one’s self is a privilege. What is important is how a person will act and respond to the choices they make.