As the famous saying goes “age doesn’t matter” in love. However, this couple in Russia took this saying to new heights, even threatening to commit double suicide if their marriage didn’t push through.

Despite their 55-year age gap, Selamat Riayadi, 16, married the love of his life in the name of Rohaya, in in their home village of Karangendah. Rohaya is a 71-year-old pensioner and has been widowed twice. 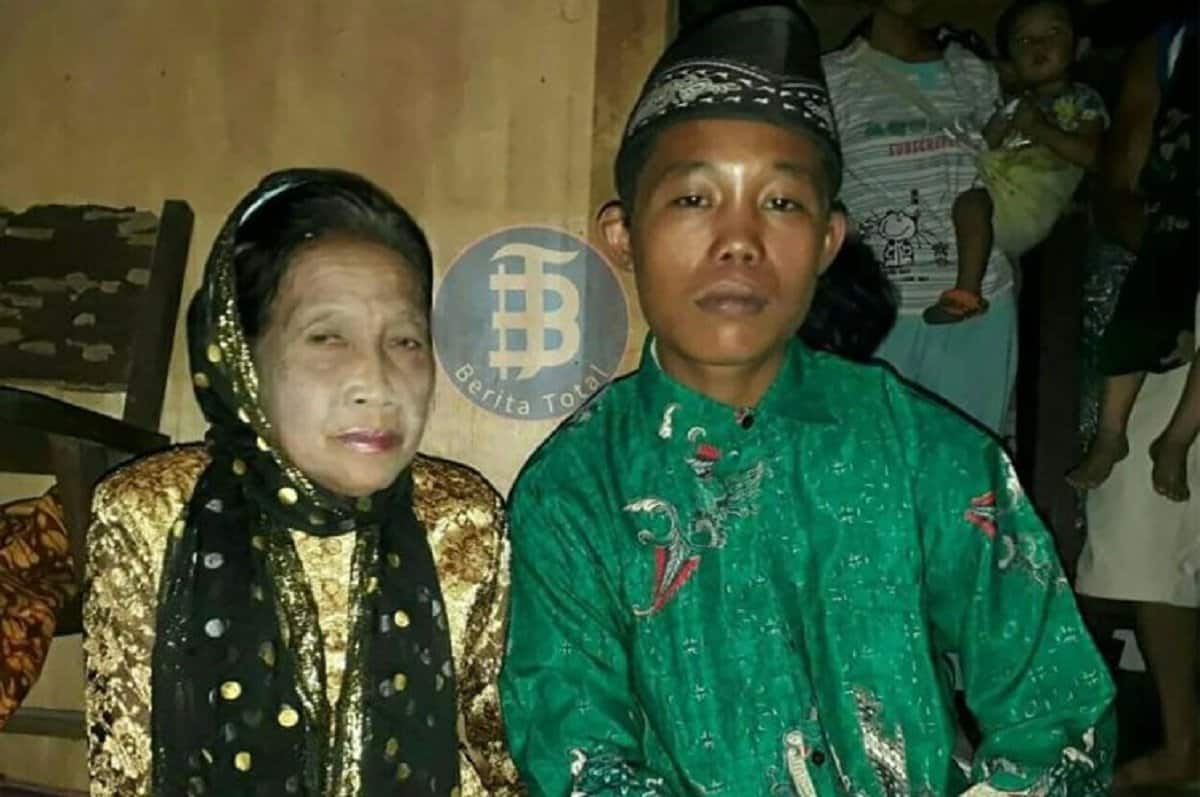 The wedding was held at the home of a community leader named Kuswoyo. The marriage was met with too much skepticism at first due to their age gap.

The Muslim couple were accused of not marrying for love and have hidden agenda. 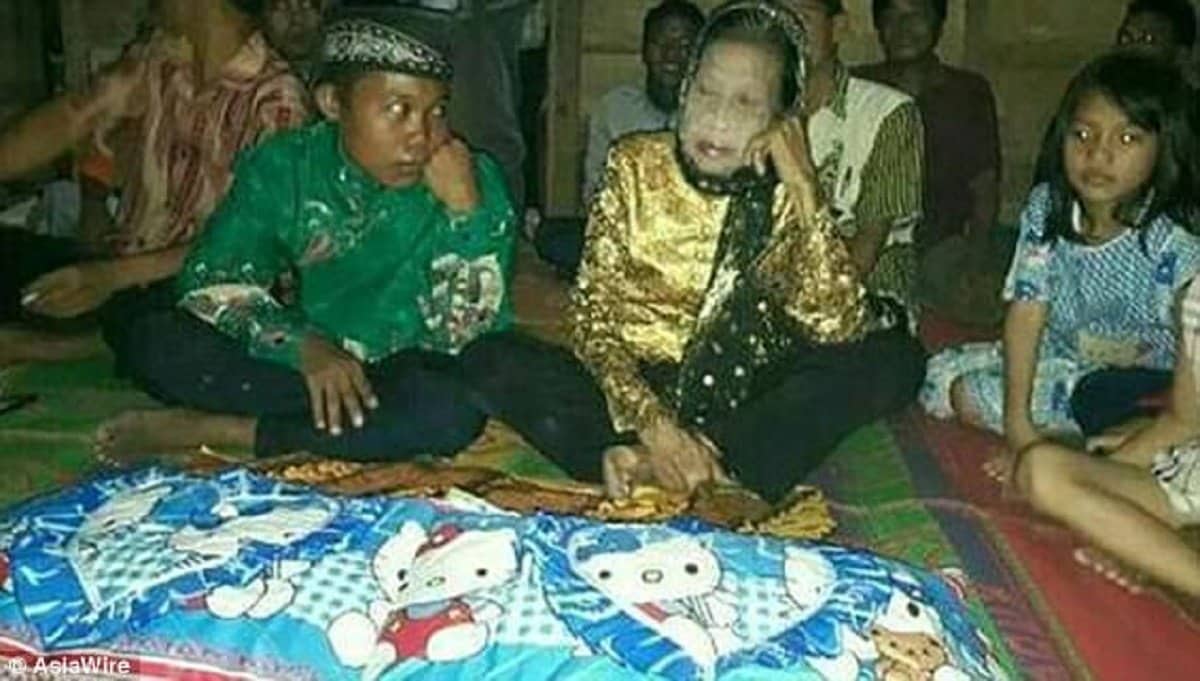 However, money is not a factor as the two are equally poor. Selamat paid a dowry of 200,000 Indonesian Rupiah ($14.9) to Rohaya’s family.

According to local reports, the groom’s brother and Kuswoyo agreed with the marriage after the couple threatened to commit double suicide. Since Rohaya had been widowed twice, they need the community leader’s permission to get married.

Kuswoyo said in an interview the couple said they would kill themselves if they are not permitted to marry:

“They said they wanted to commit suicide because they were completely in love, so if one of them dies, then both must die.”

In Indonesia, men should at least be 19 years old in order to get married, but there is an exception which allows for marriage under an individual’s “religious norms.” The two were reportedly bound by ‘nikah siri’ marriage which is recognized by society but not by the state.

Islam does not have a formal minimum age for marriage. It only requires a consensus that the would-be groom or bride has reached an age of ‘maturity.’

A footage of the couple’s union while the crowd cheers has been viral in the internet.