Do you remember Wina Lia of Indonesia? Well, she is the widow who wanted to sell her house in Yogyakarta. It has two bedrooms, two bathrooms, a spacious backyard and a fish pond – all for about $76,500. Sounds like a great deal, right? But wait, there’s more… the lucky buyer will also get to marry Wina, the owner, as part of the deal.

Here’s a screenshot of the ad. 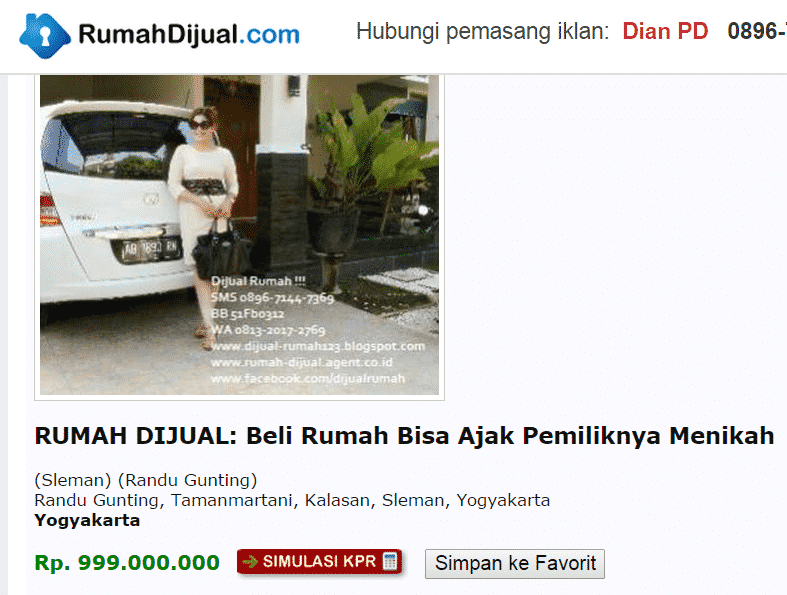 When the ad came out on a real estate website, everyone thought it was a joke. But Wina, a beauty salon owner, was actually serious about the offer. The ad reads:  “Offer of the century!!! Buy the house and you may marry the owner (terms & conditions apply). Only for serious buyers and without negotiation.” It turns out that not only does Wina want to sell the house, she’s also looking for a partner. She’s been having trouble finding a man after her husband died in 2000. Upon learning of her romantic problems, her real estate agent suggested offering herself up for marriage in the ad.

Wina Lisa poses in front of her home. 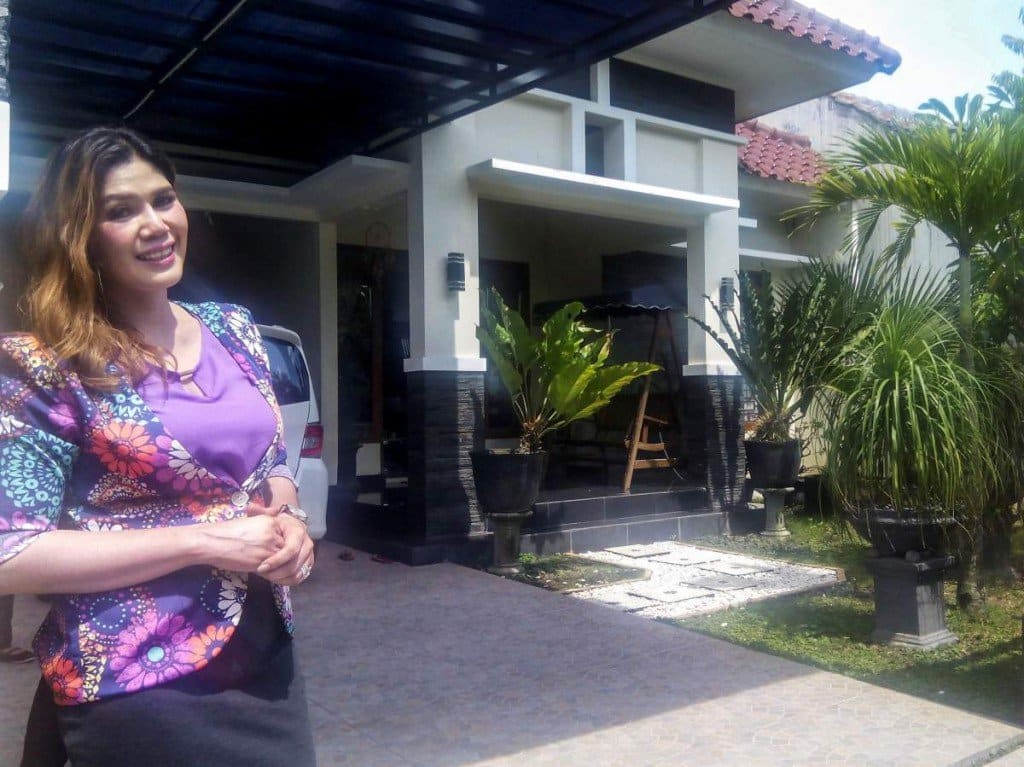 As expected, the ad went viral across Indonesian social media. After two months, she finally got a deal. A 46-year-old single parent named Redi Eko, who’s also looking for a partner, offered to buy the house. The pair has yet to meet in person as of writing, but they have been exchanging messages and talking on the phone daily. They plan to meet soon and go on a minor pilgrimage to Mecca. They intend to marry if things go smoothly.

The 40-year old widow is actually a beauty. 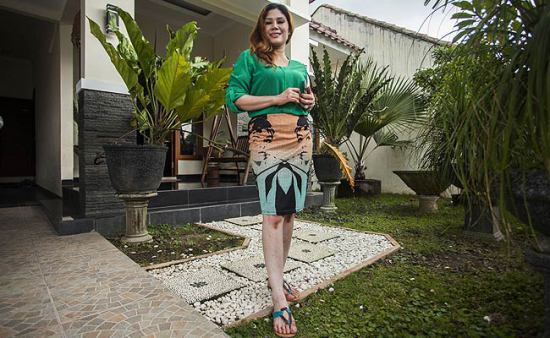