Everyone knows that pizza was invented in Italy but did you know that Norway has the most number of pizza eaters? Ironically, Brazil does not have the best Brazil nuts but Bolivia. The best ‘haute cuisine’ could not be found in France (where it originated) but in Japan. 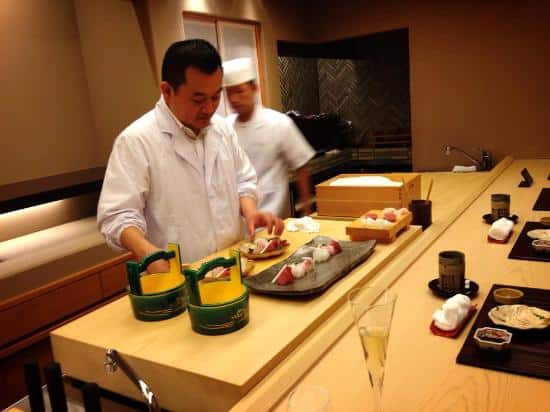 You may think that being best is always a good thing. Think again. On this list, countries shaded in black are under the best ‘nasty’ category. Australia is said to be ‘best’ at data breaches, while United States is ‘best’ at spam emails. Not really a good thing, right?

This data map shows what every country is best at. 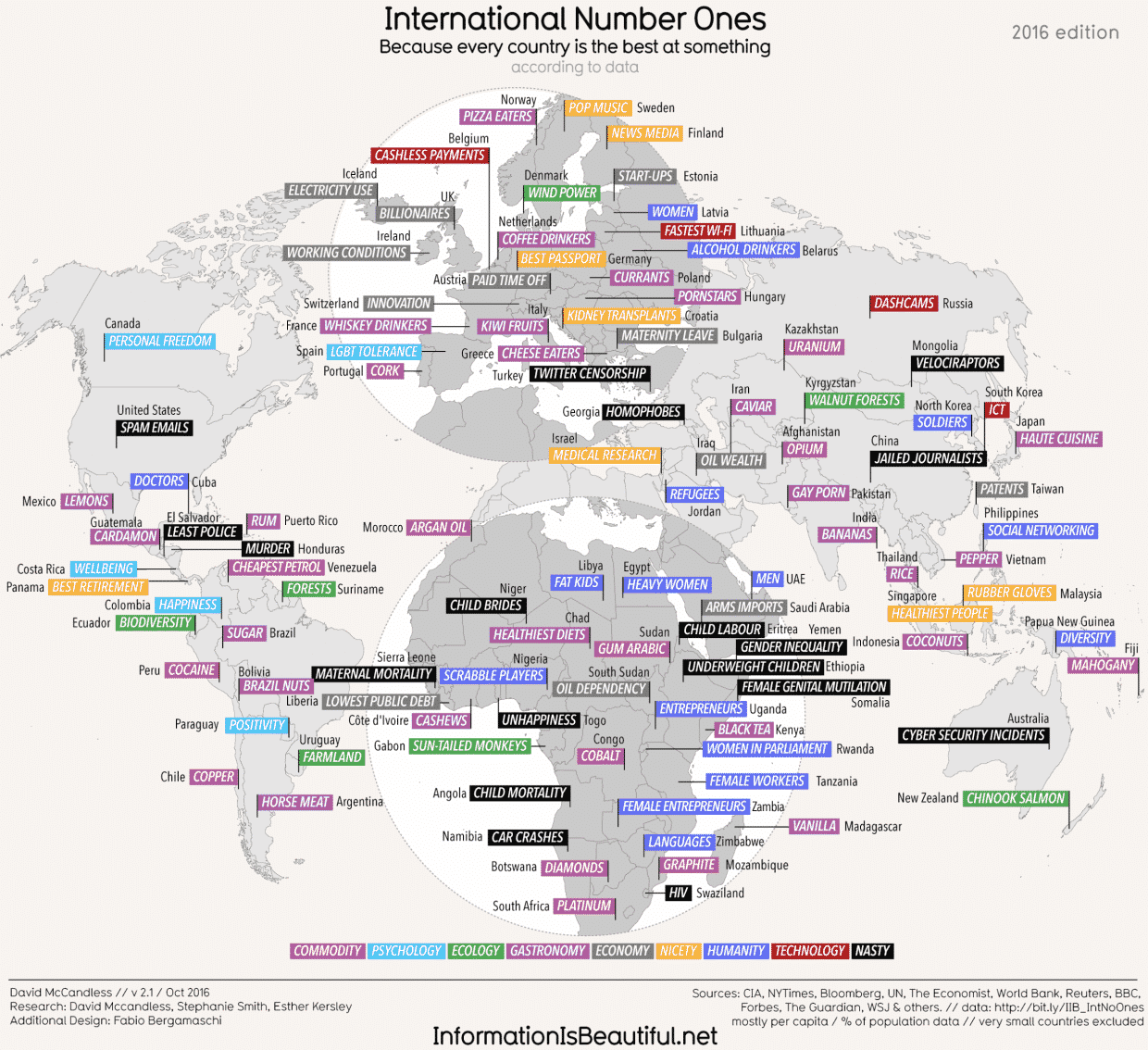 David McCandless, a data and information designer, is the person responsible for the new data map people are raving about. He is behind the website “Information is Beautiful” and for three weeks, he scoured through different data sources like the World Bank, United Nations, media and even CIA. After gathering all information, he then linked every country on Earth to what it is best at, creating the “International Number Ones” map.

He told The Independent:

“We tried to have really good quality sources for each entry. But we bent our own ‘Information is beautiful’ rules a little to include the occasional lower quality secondary source just to try to hit our goal and find something for every country. It’s meant as a lighthearted graphic.”

On the map, there are nine categories represented by different colors, including commodity, ecology, gastronomy, economy, nicety, humanity, technology and nasty. The ‘nasty’ tag are those considered less favorable qualities, take for example, Honduras being the number one country for murder.

Do you agree with McCandless’ list? If not, which do you think your country is best at?