Getting bullied may not be a nice experience but in some instances, a negative incident may lead to unexpected blessings.

Such is the story of Ashleigh Schultz, who works as a waitress in Western Cape, South Africa.

According to reports, she was refused a tip by a black student who even took time to insult her. Ntokozo Qwabe prudly posted on Facebook saying that a friend wrote on the bill: “We will give tip when you return the land.”

As if that wasn’t enough, Qwabe added they made Schultz cry “typical white tears,” which made him “unable to stop smiling because something so black and wonderful had happened.” 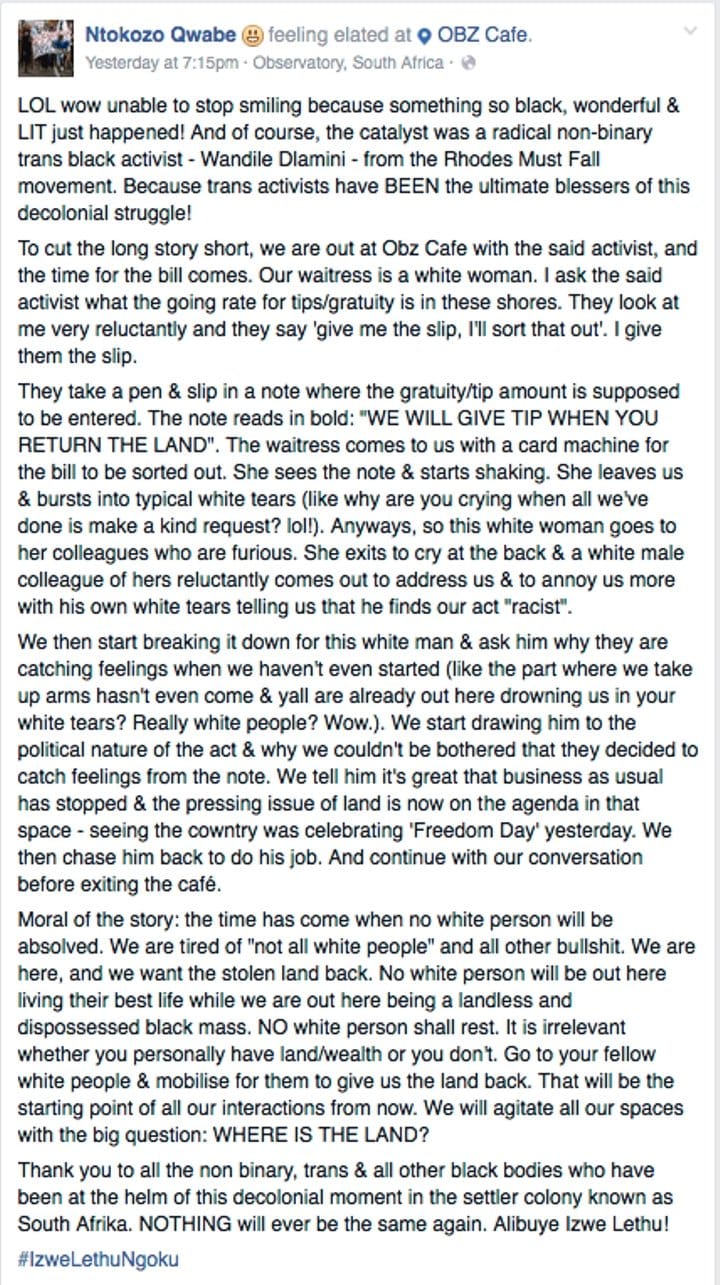 The online shaming surprisingly backfired as many of those who read the post decided to symphatize with the poor lady waiter instead of the rude guys. A friend of Schultz even said that she is having struggles because her mom has cancer.

“She has a very sick mother she cares for, and had to move flat recently and is worried about all of this. She did burst into tears because she is having a tough time at present.”

Unknown to Qwabe, Schutlz is a working student who also has an ill mother. 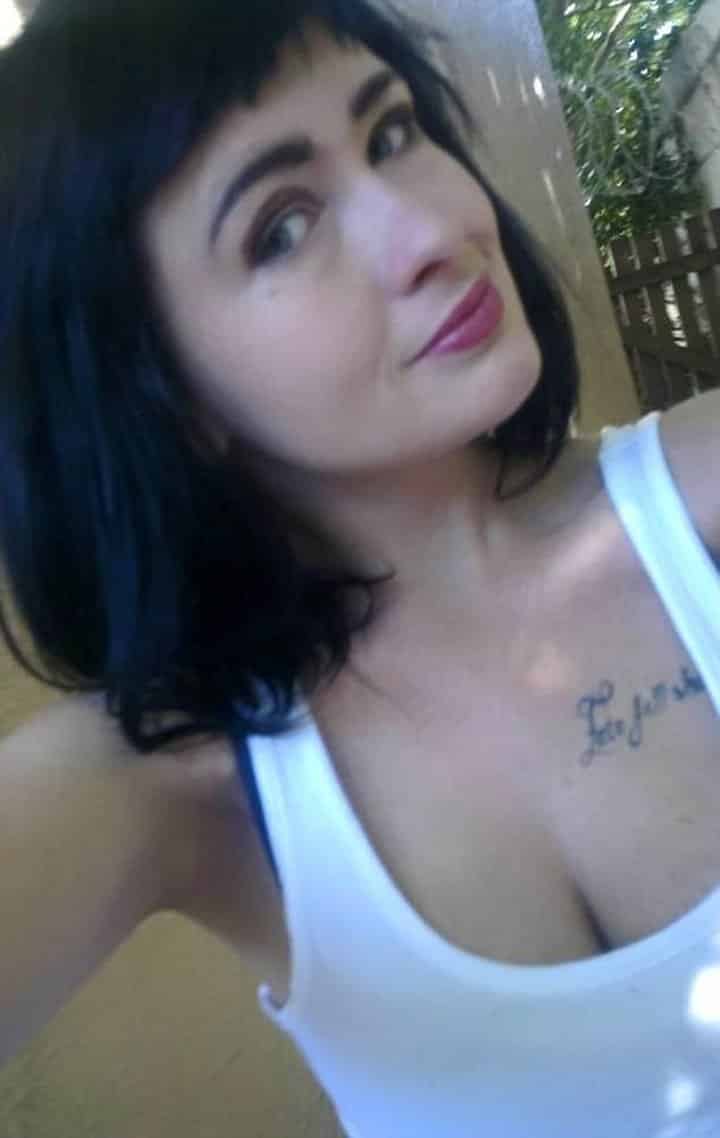 This further moved people to help out. They set up a GoFundMe page and raised as much as $6,815 as a tip for Schultz, hoping part of the money would be used to fund her college expenses.

“This is so sweet of everyone that donated. That other idiot [Qwabe] still needs to be slapped though.” 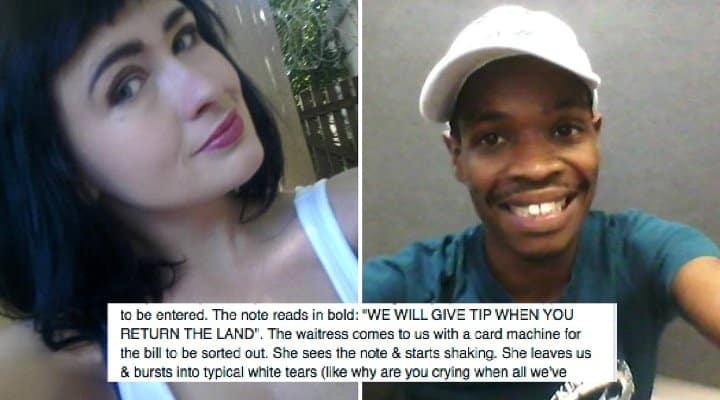 “Qwabe is someone that claims to speak to the downtrodden and the disenfranchised yet he has the audacity to bully a working-class young woman.

“I just wanted to make a small gesture to show South Africans that if we love and respect each other it makes our country great.”

What an amazing story. Faith in humanity has indeed been restored. If you’re interested to donate, go head over to the GoFundMe page.