A zookeeper was almost mauled to death by a Siberian Tiger in Russia. She escaped the brink of death thanks to onlooking tourists distracted the big cat by throwing things at it.

44-year-old Nadezhda Srivastava wanted to earn a few bucks by working as a zookeeper in Kaliningrad Zoo in Russia. We assumed that she loves animals. She is in charge of feeding the 15-year-old Siberian Tiger Taifun (Typhoon). She entered his enclosure thinking that the feline is safely tucked in a cage in his compounds. A surprise attack caught her off guard. 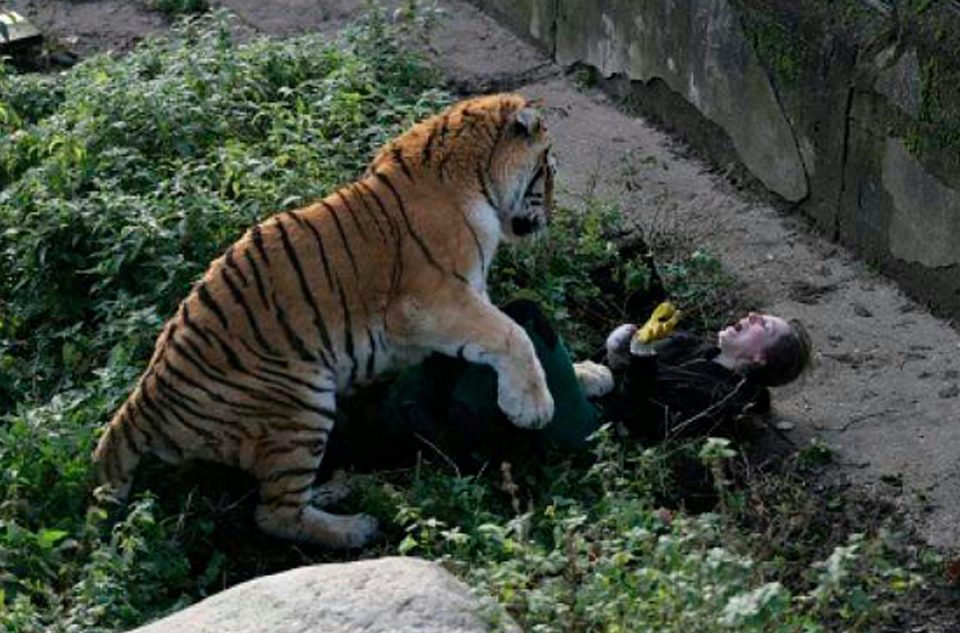 Tourists got a ringside view of the horrific incident and sprang into action by throwing stones and furniture from the nearby café to distract the tiger. The zookeeper was screaming for her life while bleeding on the head.
Thankfully, it worked and the tiger let go of the female finding a chance to escape. The commotion alerted other zookeepers and shot Taifun with a tranquilizer. 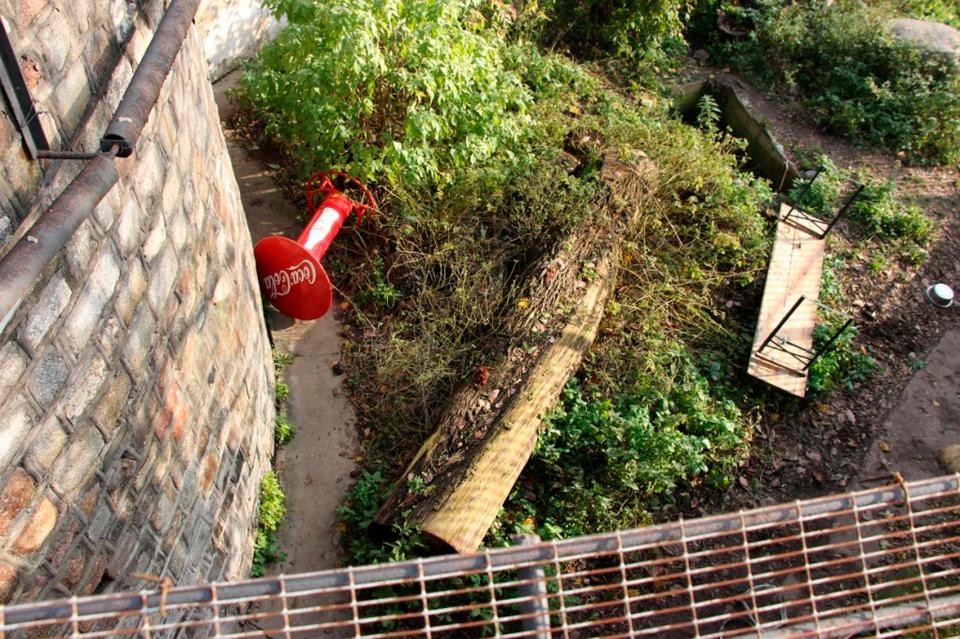 “The animal entered the enclosure when the keeper was there. The tiger attacked the human. Visitors with their shouting, stones and other improvisation managed to distract the animal. This allowed the zoo employee to hide in a back room. (sic)”

Zoo management assured that the zookeeper was rushed to the hospital after attaining wounds from being mauled. A source revealed, 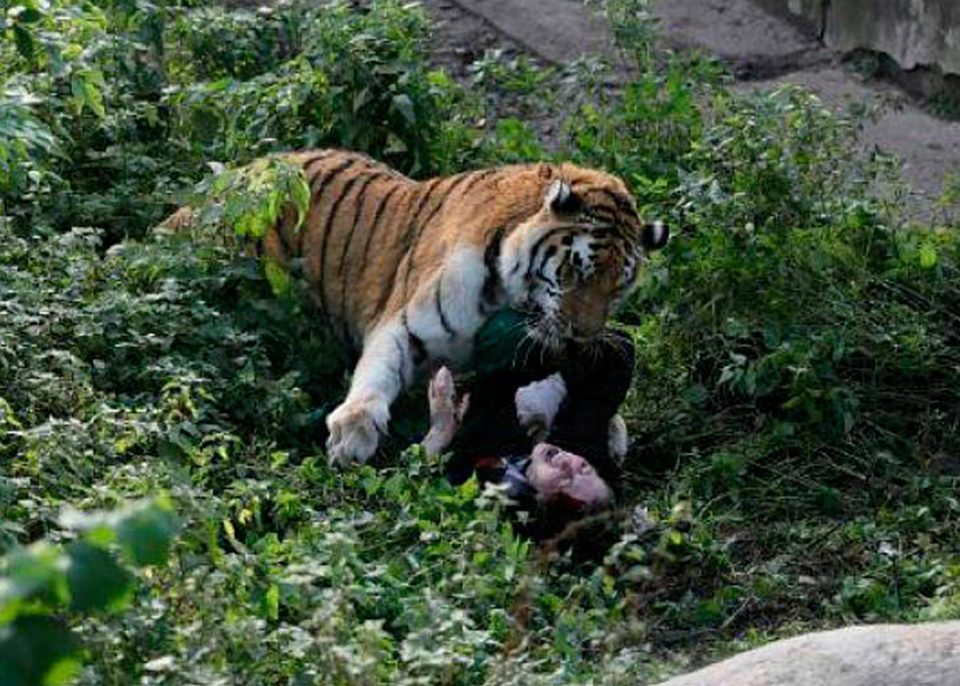 “Typhoon has never before shown any aggression to zoo staff.”

Siberian tigers and other breeds of tigers are territorial and do not want other animals entering their territory and instinctively defend it. This is not the first incident involving tigers mauling humans.