Valentine’s Day is usually the time when we celebrate with our loved ones. But what if you’re still a little unhappy with something that a former flame did to you? An Australian zoo has your back. They are currently allowing people to name a snake after their slimy ex-lover for the occassion.

WILD LIFE Sydney Zoo certainly isn’t playing around when it comes to awesome promotions. While other establishments are busy trying to make you feel romantic, the Australian Zoo will let you play a truly huge joke on your horrible ex. What better way to tell the world that your ex-boyfriend is a snake than by naming an actual serpent after him, right?

You can name a venomous brown snake after your ex and still do something good for the animals!

Name a snake after your ex this Valentine's Day! 🐍 Is your ex a snake? If so, now is your opportunity to cement their ‘snaky status’ by naming a brown snake (one of the world’s most venomous snakes) after them at WILD LIFE Sydney Zoo! To enter, simply head to the link in our bio and tell us why your ex deserves to have a snake named after them along with a $1 donation to the @wildlifeconservationfund 💚💚💚💚💚 Competition entries close 13 Feb 2019 #wildlifesydneyzoo #snake #valentinesday #vday #snakystatus #competition #seeaustralia #darlingharbour

The competition will choose one lucky winner who will get to name a brown snake after their own unlucky ex. Brown snakes are one of the world’s most venomous serpents so this is absolutely appropriate.

Although your ex will not be happy about having a snake named after them, it’s still for a good cause. The $1 donation for joining the competition will go towards the WILD LIFE Conservation Fund, a fund dedicated to conserving Australian native wildlife by funding research and conducting educational programs and events.

Ready to name a reptile after your worst ex? Simply fill up the form and tell the zoo why your ex deserves to have a snake named after them. The competition is open until February 13.

The brown snake is considered one of the most venomous creatures in the world, just like your ex. 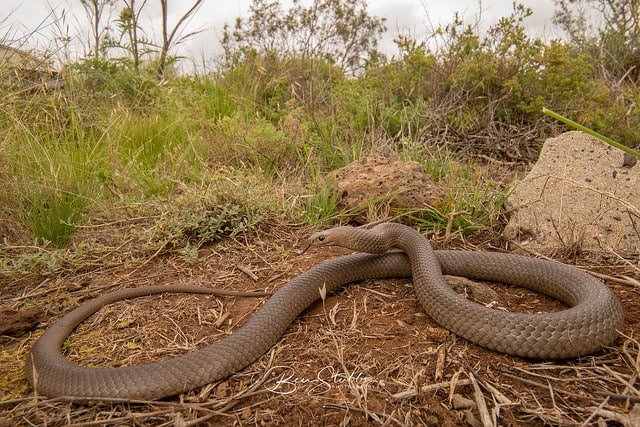 It might sound mean yet WILD LIFE Sydney Zoo General Manager Mark Connolly says they are hoping to promote some love for the brown snakes as well.

“We hope that by providing someone unlucky in love the opportunity to name WILD LIFE Sydney Zoo’s very own brown snake after their ex, we can give them something else to celebrate on Valentine’s Day this year. We’re also throwing in an annual pass to WILD LIFE Sydney Zoo so that you can also visit the snake in Darling Harbour as many times as you want during the next year!”

Would you name a snake after your ex? Let us know in the comments below.