A zoo keeper is proving that he is on the top of the food chain. The owner of a Ukranian safari park has just stopped a group of lions from bullying a smaller lioness. However, the daring feat was made even more impressive by his weapon of choice. The brave man used what he called his “magic slipper” to strike fear into the hearts of the predators.

Oleg Zubkov owns the Tagani Safari Park in the Crimea in Ukraine. Interestingly, the zoo director has clearly asserted his dominance over the wild beasts that roam the park. A viral video taken by a visitor features Zubkov marching straight into a pride of lions that are ganging up on a young lioness. Just as the alpha male charges for an attack, the park owner whips off his shoe and whacks the beasts into submission.

After scaring off a large male, Oleg Zubkov raised his ‘magic slipper’ on another lioness. 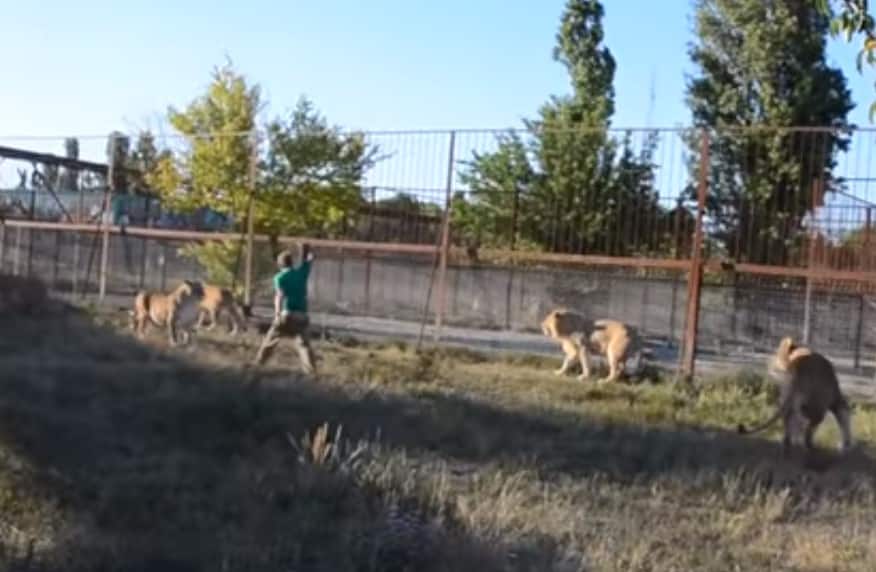 The video opens with a shot of a pride of lions seemingly relaxing in the park. However, things got tense when an older lioness appeared to threaten a smaller female. Zubkov immediately moved in to break up the commotion and zeroed in on a large male creeping in on the attacked lioness. Then, with a swift move that would make a Mexican mother proud, the zoo director hurled his slipper at the lion.

One frightened lion hid behind a safari car to escape Zubkov’s ‘magic slipper.’ 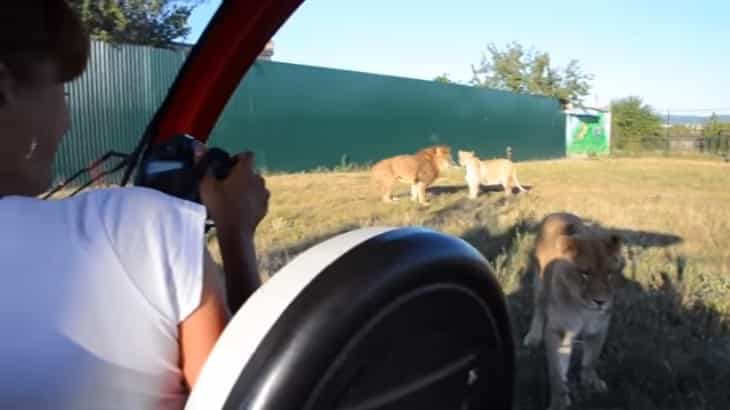 It was clear that the lions were terrified of the “magic slipper.” Zubkov declared that the shoe is “a scary weapon” after launching it at an aggressive lioness. The zoo owner even threatened to spank the alpha male if he continued to misbehave.

Zubkov warned the pride’s alpha male that the animal would not be treated like a lion if he continued to misbehave. 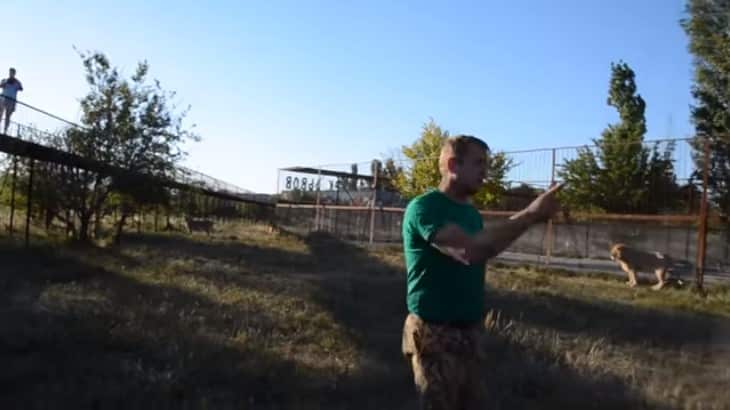 It is still unclear if the lions continued harassing the small lioness after Zubkov left with the tourists. However, there is little doubt that they will all need to face the “magic slipper” again if they try to be naughty around the zoo keeper.

Watch the astonishing video below.