The only consistent thing in this world is change. That’s a fact. Things come and go, and there’s nothing we can do about it. Everything eventually goes. Nothing’s exempted to that rule, even life. We even invented a word for it – we called it “extinction.”

Extinction is the reason why we no longer see deadly predators like giant frogs that can eat small dinosaurs today. It’s the sad (and comforting) part of nature and all we can do is accept it. Our world, despite its young age compared to its neighboring heavenly bodies out there, has already seen a fair share of extinction. Life forms have exited from this world in various ways. Some ended up in a blaze of glory, while some of them met their demise in the most ridiculous manner. 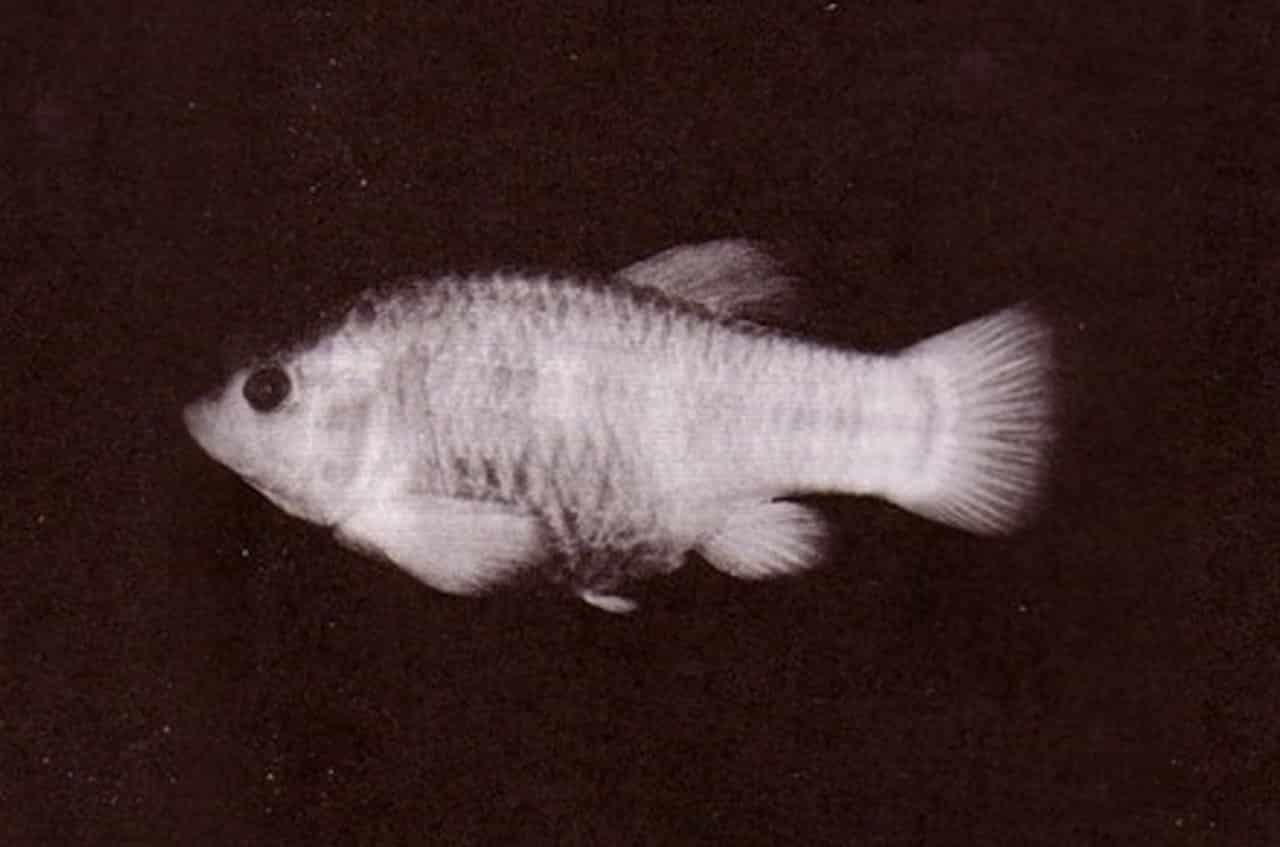 Native in the state of California, the tecopa pupfish was a small species of fish that adapted to the warm water of hot springs. Unfortunately, this unique trait was more of a nuisance for them due to the fact that their survival mainly relied to the existence of natural hot springs.

When bathhouse became a popular craze around the ’60s, popular companies decided to construct commercial bathhouses on the natural hot springs including the habitats of the tecopa pupfishes. This spelled doom for them because they ended up to the river nearby and died of the cold water. 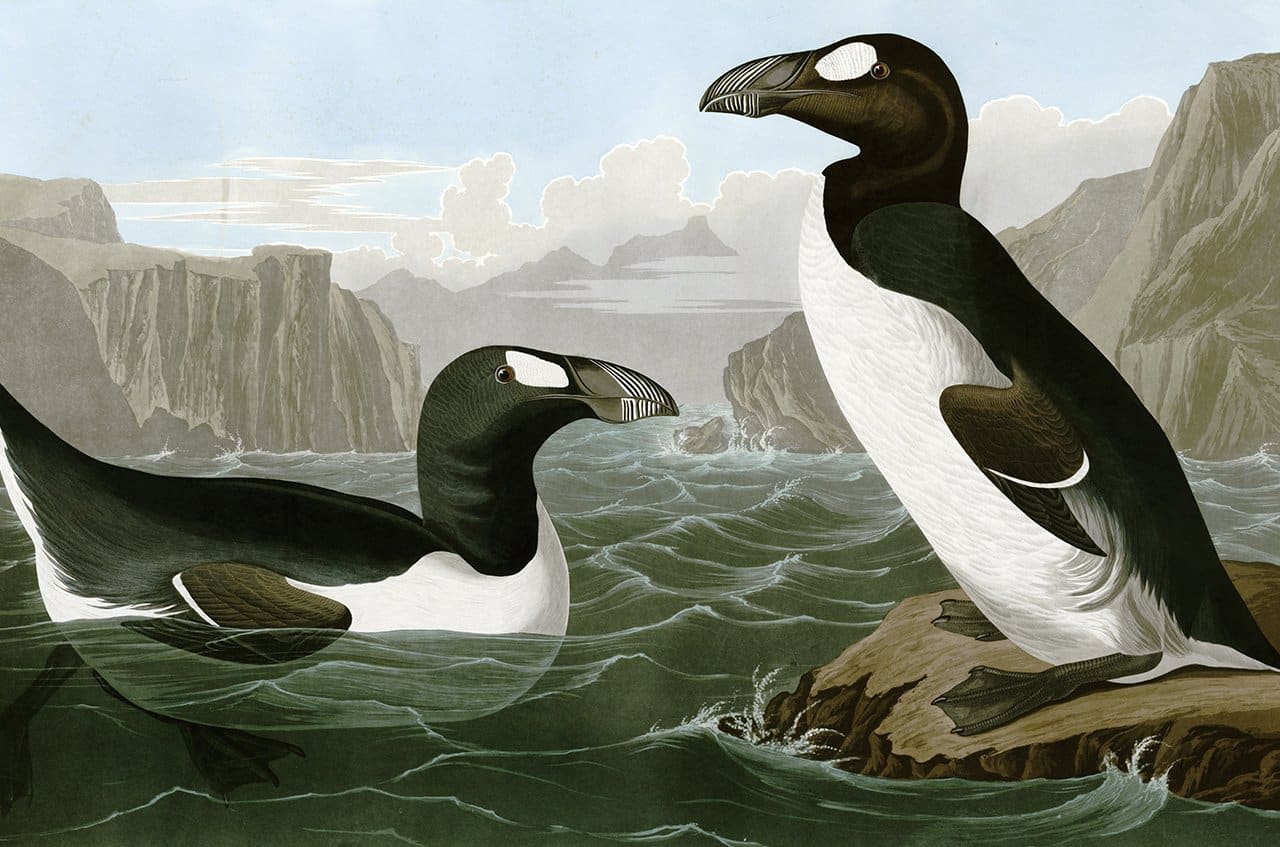 Great auk was a small species of bird native to the North Atlantic. These small, flightless penguin-looking birds usually laid their eggs on the ground. They also chose uninhabited islands as their breeding ground in order to avoid harmful predators.

Unfortunately, since their habitats were mostly free of natural predators, it became the main reason why they ended up extinct. When great auks caught the eyes of humans, they got hunted down for their meat. Couple that with their predator-free habitats, and they became extremely easy targets. Humans hunted down these flightless birds for sport to near extinction around early 19th century.

Fast forward to 1840, great auk’s population became dangerously low. Things only worsen from there when a group of sailors spotted one of the last surviving remnants of it on the British waters. Mistaking it for a witch, they sealed the species’ fate by beating it to death with a stick.

Upon realizing the danger the species was facing, the museums hired hunters to “retrieve specimens” in order to put them on display. Two fishermen caught the remaining great auks in the wild and killed them in their sleep. It finally ended when one of these fishermen stomped on the last surviving egg. 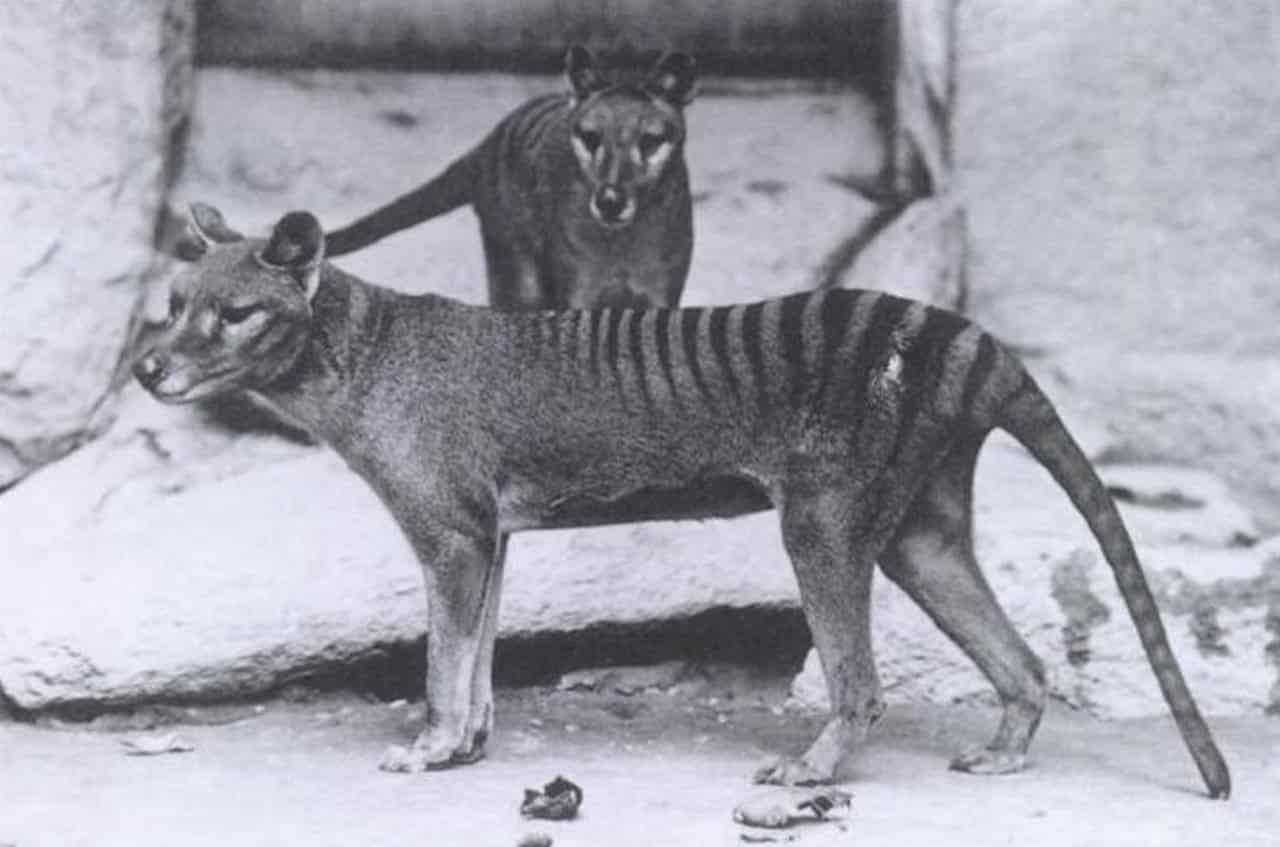 During their glory days, the Tasmanian tigers were considered as pests because they preyed on livestock. Because of this, farmers began hunting them around 1900s. By 1920s, they got wiped out except for the one surviving male Tasmanian tiger in captivity named Benjamin.

Unfortunately, Benjamin bit the dust in 1936 when a zookeeper in charge during that day forgot to unlock its sleeping quarters. Benjamin ended up freezing to death as a result. 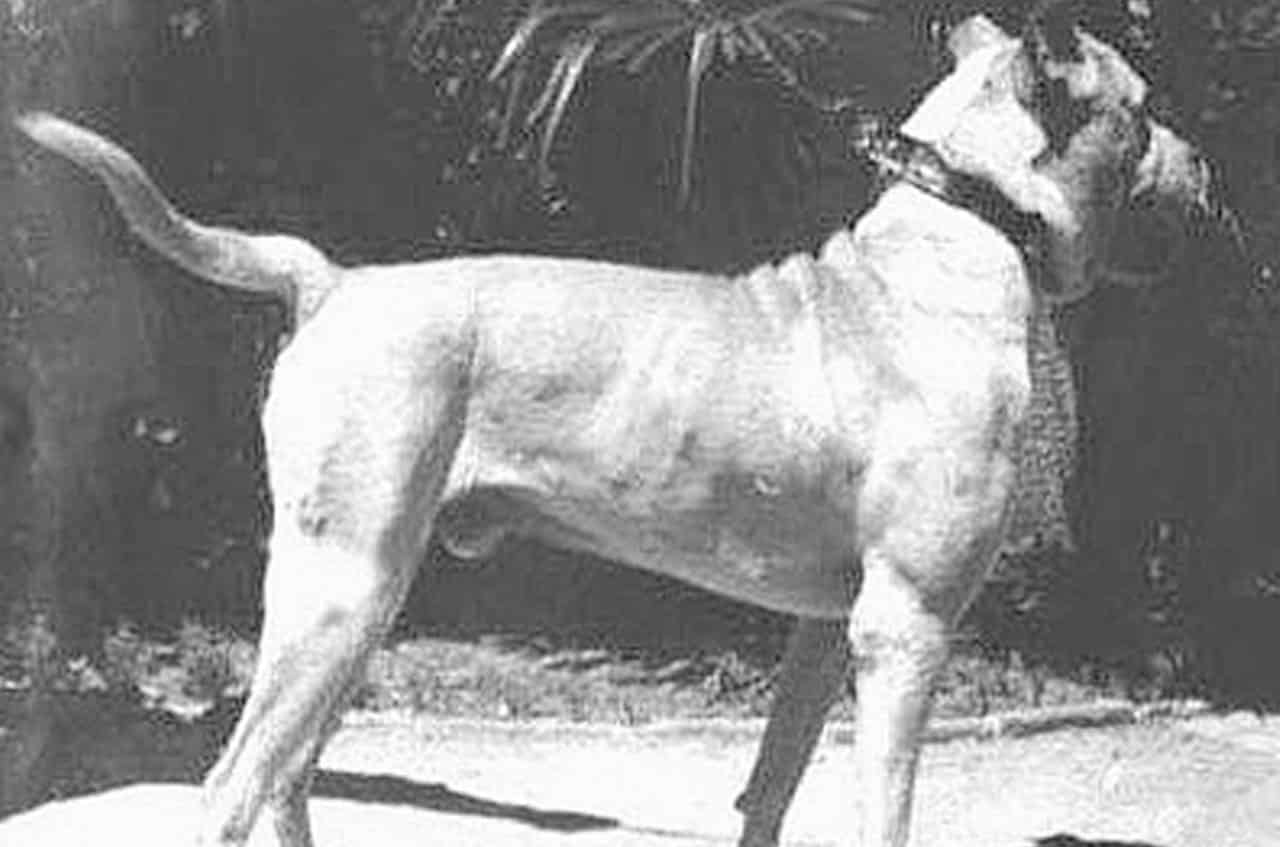 The cordoba fighting dog was one of the strangest species of canine. Notorious for their viciousness and unrelenting personality, cordoba fighting dogs were almost unable to feel pain and fear. As a result, this breed was mainly used for dog fighting back in the 19th century in Argentina.

Cordoba fighting dogs were usually crossbreeds of several dogs that were valued for their size and strength. This species were known to attack anything and would not stop until death. 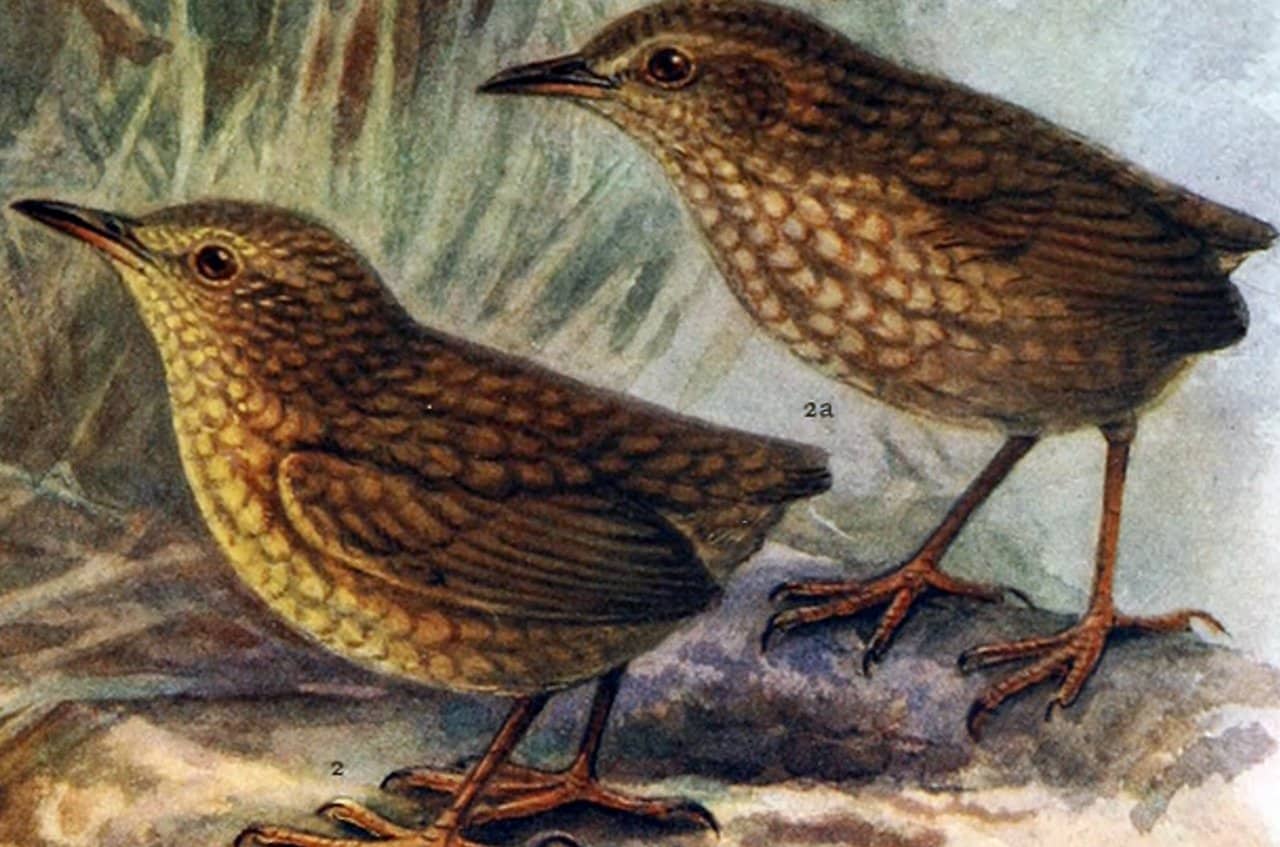 Stephen island wren was a species of bird that once lived in a small island somewhere near the coasts of New Zealand. This species of bird met its doom within a span of a single year. What’s more fascinating was that the horrible fate met by this species was made possible by a single creature – a housecat.

The small flightless birds were discovered back in 1905. Coincidentally, it was also the same year it went extinct when its species was eradicated by the housecat named Mr. Tibbles who lived in a nearby lighthouse during that time. Over the course of one year, the genocidal cat hunted down the poor flightless birds relentlessly for fun. After 12 months, Mr. Tibbles managed to singlehandedly wipe out the species of Stephen island wren.