Somewhere in Madagascar, experts have discovered a species of giant frog capable of eating small dinosaurs. Normally, frogs use their tongues to catch their prey. However, this species had a different method in hunting for food.

The newly discovered species is called the Beelzebufo frog. It is an extinct species of frog that lived on the lands of Madagascar approximately 68 million years ago.

Beelzebufo frogs had impressively powerful jaws. These frogs took advantage of their strong bite force to catch their food. 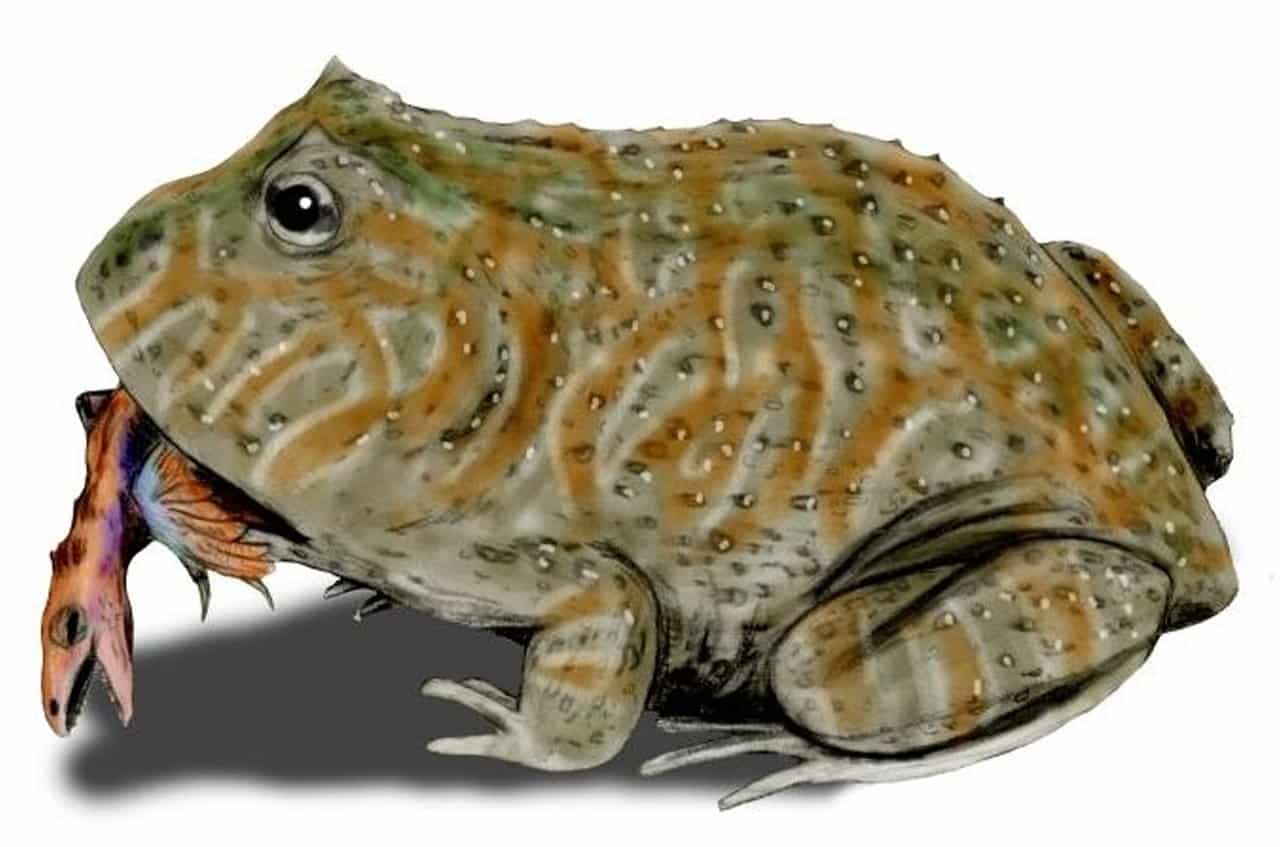 According to the studies, Beelzebufo frogs preyed on small dinosaurs and crocodilians. To draw some comparisons, the researchers measured the bite force of the similar smaller species of frogs that are still alive today.

One species of frogs that caught their attention was the American horned frog. 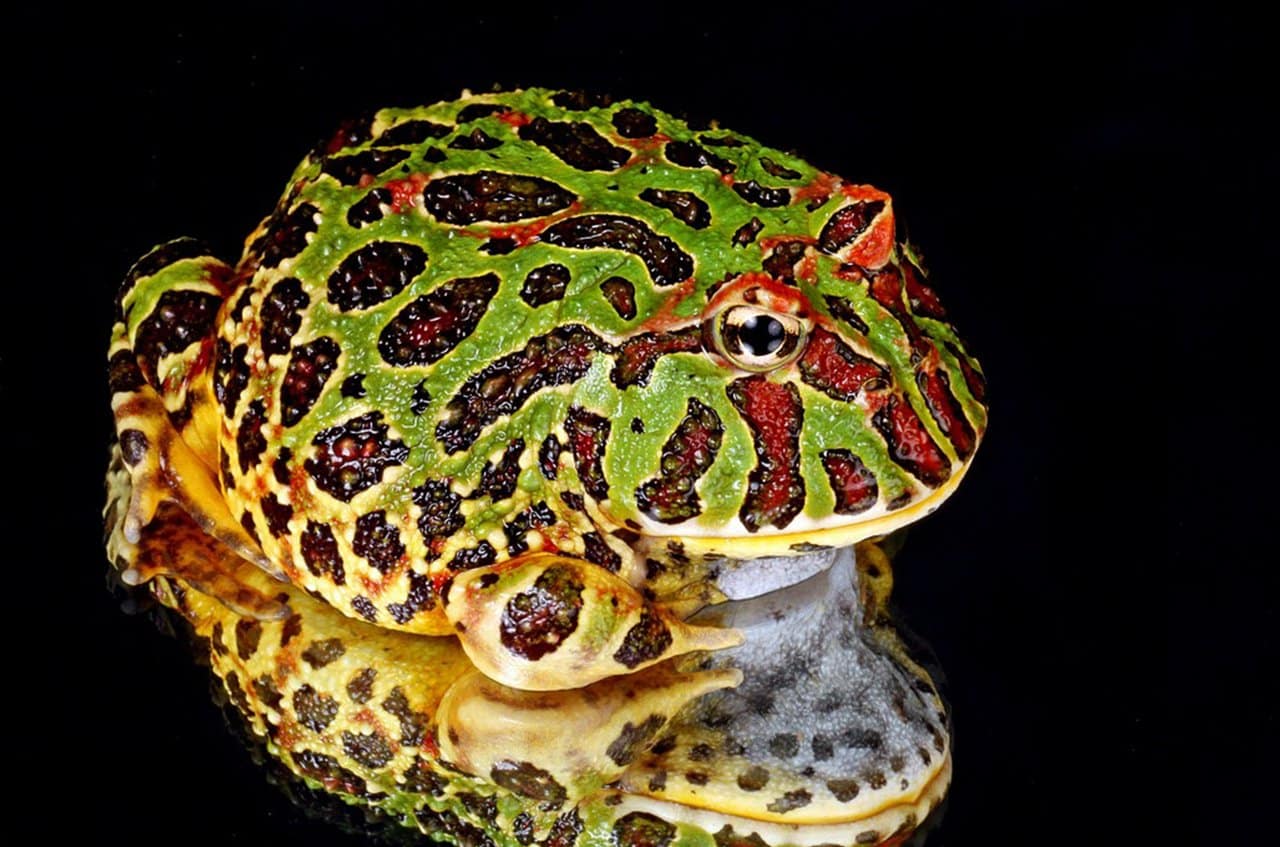 These frogs are popular for being a pet due to their funny looks and appetite. However, what made them unique is their powerful bite force.

While studying the nature of American horned frogs, Sean Wilcox, a PhD candidate at the University of California, Riverside said:

Many people find horned frogs hilarious because of their big heads and fat, round bodies. Yet, these predators have given us a rare opportunity to learn something more about the biology of a huge extinct frog.

After measuring the bite force of the horned frogs, they discovered that those with head widths of 4.5cm had a bite force of 30 Newtons. 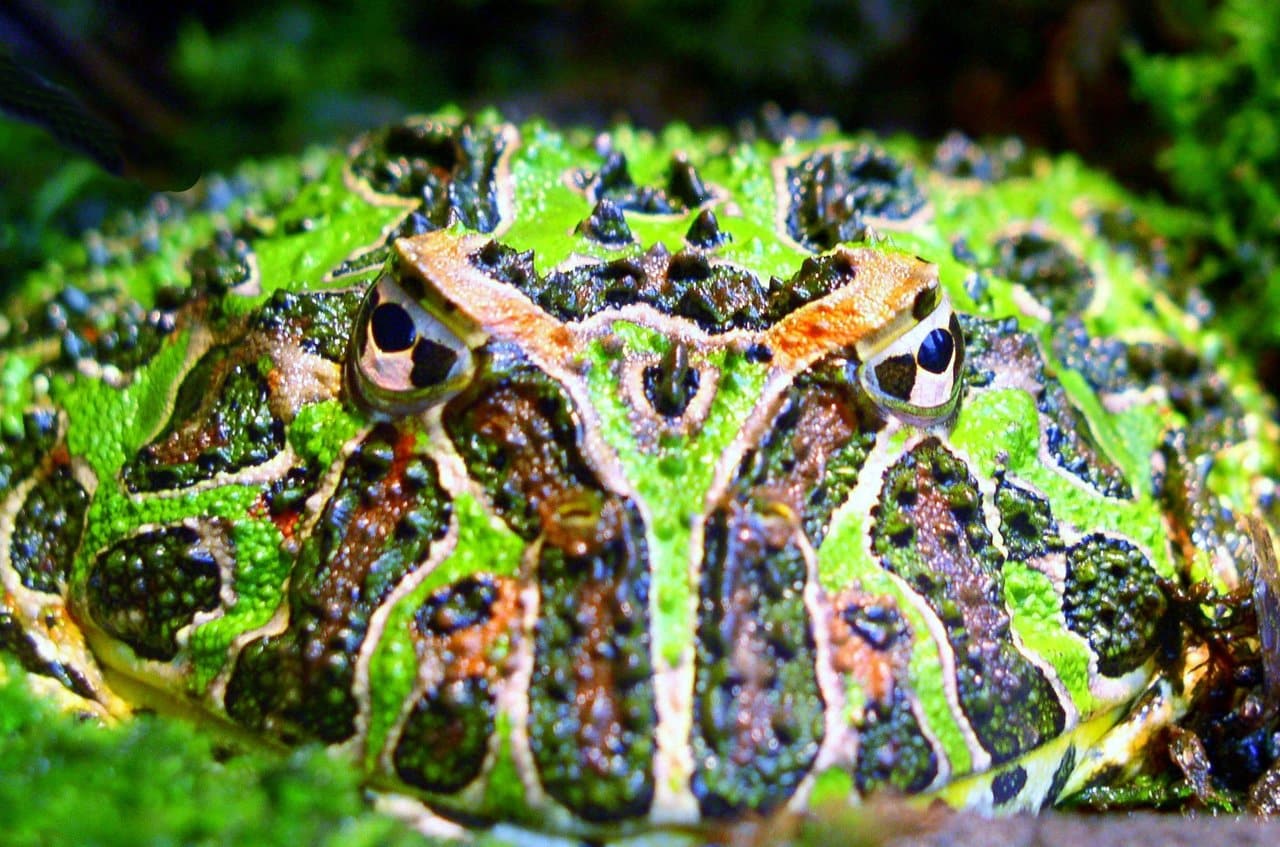 This is the first time bite force has been measured in a frog, and, speaking from experience, horned frogs have quite an impressive bite, and they tend not to let go. The bite of a large Beelzebufo would have been remarkable, definitely not something I would want to experience firsthand.

According to iflscience.com, this study led them to conclude that the larger horned frogs could have the bite force of roughly around 500 newtons. This further led them to believe that the much larger prehistoric Beelzebufo frogs had a bite force of up to 2,200 Newtons.

This puts them on the same level as the apex predators like lions. Scary, isn’t it?