Since seventh grade, 18-year-old Swift Myers has been fighting Ewing’s sarcoma—a type of cancer that occurs in the bones or soft tissues. Although he has had periods of remission and relapse, his condition exacerbated last month. Swift stayed in the intensive care unit of The Children’s Hospital at St. Francis in Tulsa. There, the doctors put him in a medically induced coma for ten days. But as soon as the doctor removed his breathing tube and he regained consciousness, the first thing he did was ask his girlfriend’s hand in marriage.

For the past two years, Swift’s girlfriend, Abbi, stayed by his side, loving and supporting him as he fought cancer. So, the moment he woke up from the coma, he proposed to her. 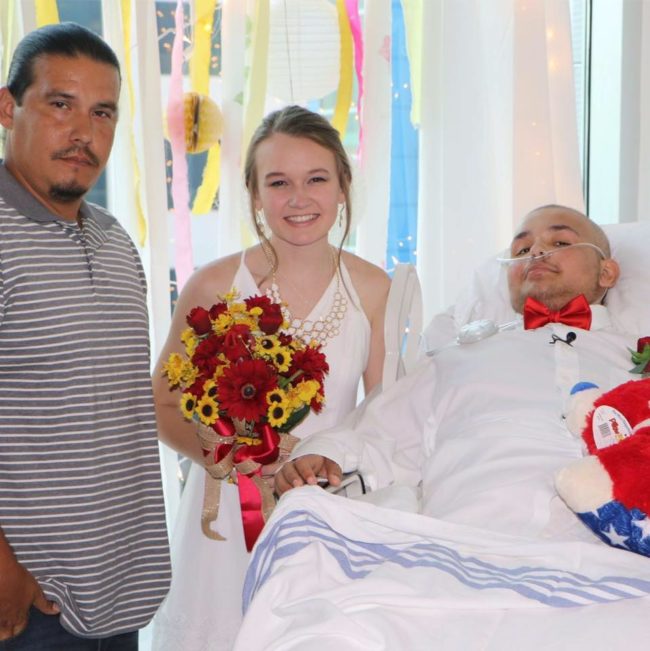 “She has not quit smiling since. They’ve talked about [getting married]. He’s joked about it, and she’s kind of laughed it off, but when he woke up from a ventilator, he said, ‘I want to marry you.'”

With the help of some nurses, family, friends, and other members of the community, the couple married two days later.

Watch their wedding. And, um, try to hold back your tears.