China is constantly making headlines on domestic violence against women and children. We have already seen multiple news about abusive husbands, advantageous cops, and now we have a brutal teacher lashing out on her young students.

Once again, a disturbing video has been taken and the footage, which surfaced last weekend, featured a teacher in China slapping over 30 of his students.

A furious teacher slapped 38 of his students after failing to write a classical poem perfectly. 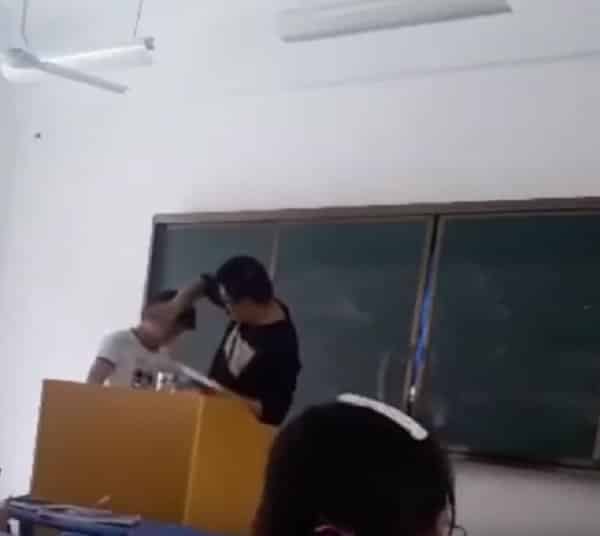 The video was reportedly recorded on the first day of school. Instead of giving his new students a warm welcome though, the middle school teacher initiated the kids on the brutality that they should be expecting for the rest of the school year.

The eighth grade students were then asked by the teacher to write down a classical poetry from their memories. As anyone can expect, the kids made mistakes. However, their teacher punished them with one slap on the face for each mistake.

Even the ladies were slapped by the terror teacher. 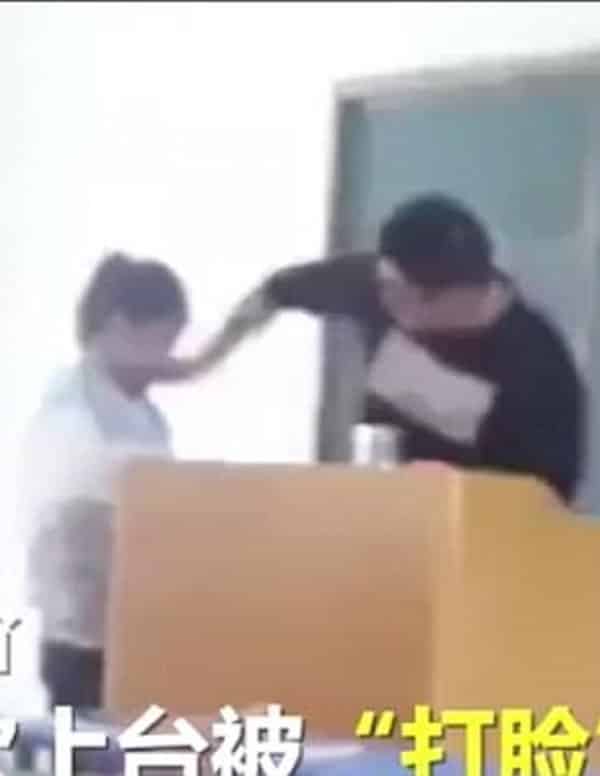 One of his students captured the incident on camera and uploaded it online. Apparently, 38 kids were hit by the monstrous teacher. Sun Suying, whose grandchild was one of the kids slapped by the teacher, spoke about the abuse saying her granddaughter was too young to tell her about the incident.

“When I heard about it and asked her to open her mouth, I saw her teeth bleeding.”

As the video spread on Chinese social media, many people felt horrified on how teachers handle their students these days. Oddly, some people, were seen trying to justify the teacher’s actions.

According to What’s Trending, the teacher’s identity has not been revealed, but he was already suspended by the school. He was also reportedly obliged to go door-to-door to apologize to the students he hit as well as to their parents and guardians.

Watch the controversial viral footage below: