Dedication to a particular job is undeniably important. However, such quality is magnified if applied by someone who deals with human lives, just like doctors and nurses who work round the clock to take care of sick patients. We know that there are thousands (maybe even more!) of healthcare workers out there who are deeply dedicated to their jobs and are worthy of praise, but there is a man who just took ‘dedication’ to an entirely different level.

A Chinese surgeon named Luo Heng was photographed sleeping on the hospital floor while still wearing his uniform, a mask, and a cap. At first look, you might think that Heng is slacking on his job as a doctor, but hey, do not be quick to judge.

You see, the man that you’re looking at just finished a continuous 28-hour shift and performed five surgeries on different patients. His photos were uploaded on the social media site Weibo, and netizens had varied opinions about his feat. The photos were captured at a hospital in Dingyuan County, Anhui province in China. 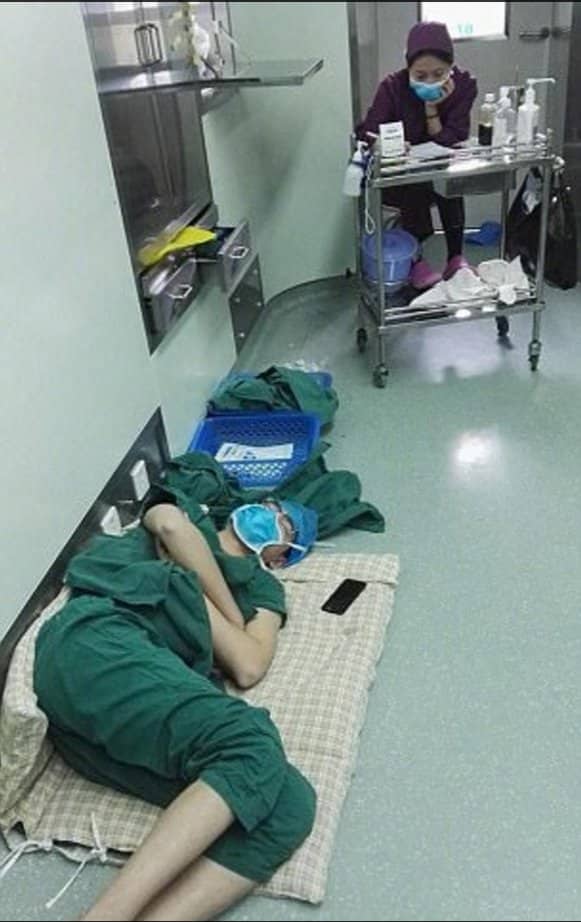 He slept on the floor following the fifth surgery that he performed. 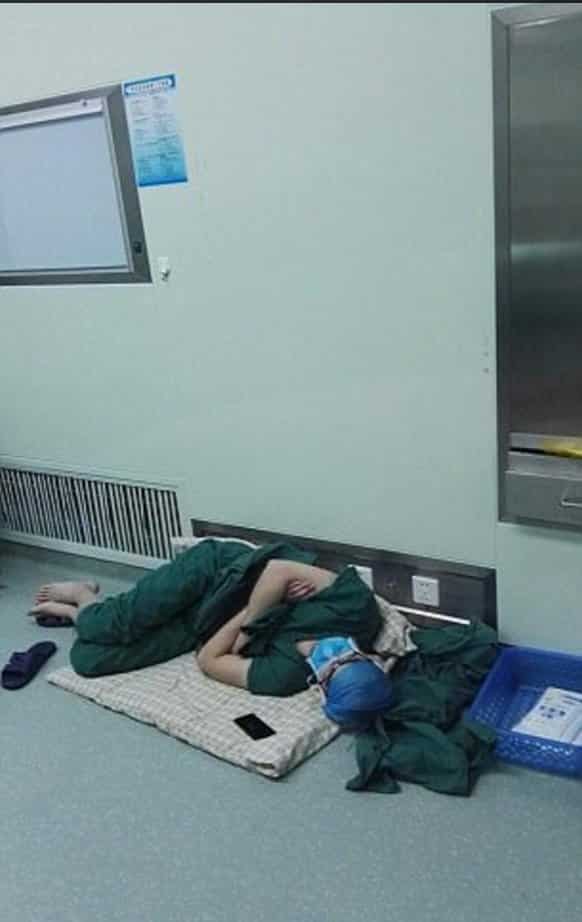 Some people commended the surgeon for his diligence and dedication. However, others expressed concern over the amount of rest that physicians must have to ensure that they are fully rested for them to be able to competently care for patients and make decisions.

Some reactions from netizens include:

“I salute you, you have worked hard.”

“I hope the media do not promote this. A doctor is not only a career, but a doctor is also a person.”

“The most charming man.”

Luo is an epitome of diligence and dedication. 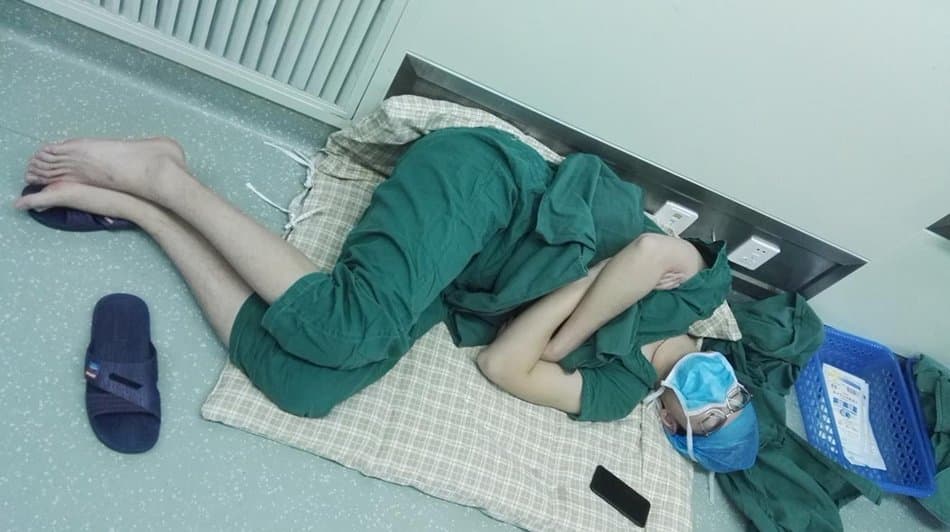 We appreciate such kind of dedication from all doctors, nurses, and other members of the healthcare team who work tirelessly to make sure that the needs of each patient are met. The world is a better place because of all of you.