These are by far the most inspiring and heartwarming images you will see today but the story behind them is even more compelling.

Captured by Anaesthetist Jin Ziying at Zhejiang University Hospital in China, these photos show Deputy Director of Cardiac Surgery Dr. Shi Zhuo with a little girl named Xin Er. She was a two-year-old patient with a pre-existing heart condition and had to undergo cardiac surgery. Like most kids, Xin Er was also scared at the sight of hospitals so she started crying inside the operating room.

“In reality, it doesn’t matter whether it’s a boy or a girl, they all get scared in the operating theatre,” Dr. Shi Zhuo told the Daily Mail.

“In addition to infants, doctors use language, eyes and embrace to comfort children. Almost everyone in OR does it. It’s pretty common.”

She didn’t stop until Dr. Shi Zhuo tried to calm her down. 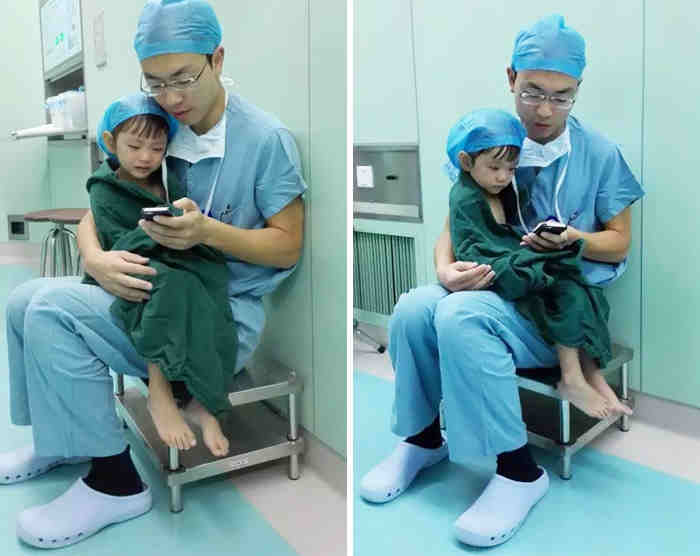 She was inconsolable and kept asking for her dad. 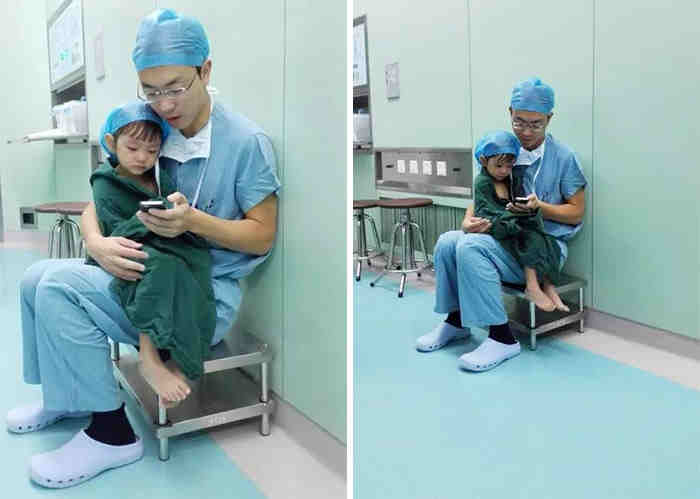 Having a 6-year-old daughter, he knew just what to do so he picked her up and showed her some cartoon videos on his phone which are his daughter’s favorite.

As soon as Xin Er relaxed, Dr. Shi took her to the operating table. 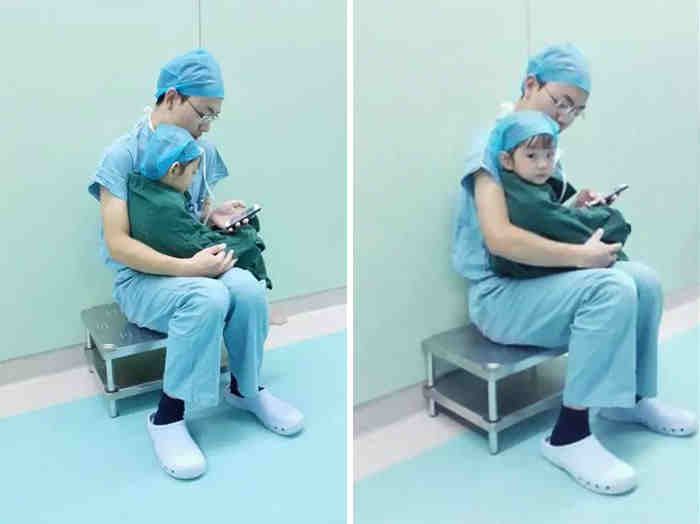 Together with Li Jianhua, director of thoracic surgery, Dr. Shi proceeded with the operation and it was successful. According to reports, Xin Er eventually recovered and was released from the hospital soon thereafter.

Meanwhile, the photos quickly went viral after they were uploaded online. Many people also commended Dr. Shi for his kindness. This only goes to show that aside from saving lives, people like Dr. Shi also has a big heart for kids and patients in need of comfort and love.