There is little doubt that surfers are always down to catch a few waves whenever the weather permits it. However, a couple of true daredevils decided to brave the recent polar vortex. The results are truly breathtaking and downright icy cool photos.

Photographer Devon Hains recently joined legendary surfers Daniel Schetter aka Surfer Dan and Allen Finau on a cool adventure. All three decided to head for Presque Isle Park in Marquette, Michigan on Lake Superior in the middle of the polar vortex. Surfer Dan and Finau put on some heavy-duty wetsuits and took to the waves while Hains took pictures. Not surprisingly, the images Hains took revealed what would happen if you go swimming in freezing temperatures.

Finau paddling his surfboard and trying to start a new trend: icicle beards. 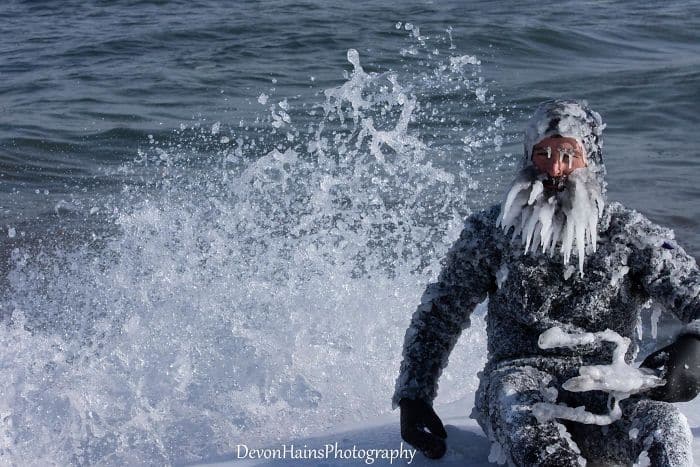 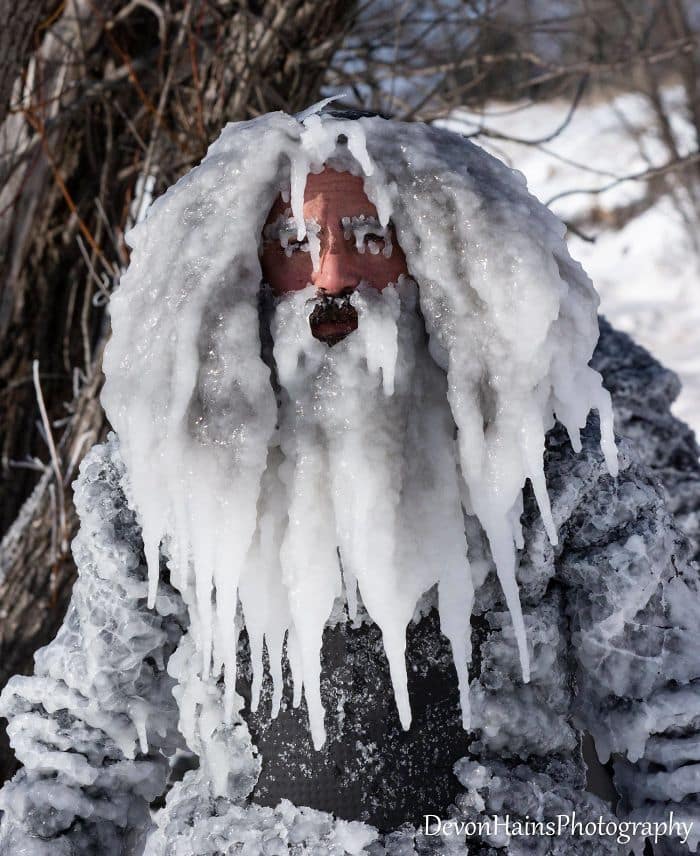 Hains revealed that the temperature was a chilly -30 degrees Fahrenheit (-34°C) “with the windchill” which explains why the surfers’ hair and beards turned to ice. He also admitted that taking all those breathtaking photos was not an easy job.

“As the photographer, the most challenging part was being able to see through my viewfinder. The cold windchill caused my eyes to water a lot and it would freeze in my eyelashes. The cold air temperature meant I couldn’t exhale with my face raised to my camera because it would cause a layer of water vapor from my breath to freeze over my viewfinder and sometimes my lens,” he said.

Although it was obviously downright freezing, Surfer Dan and Finau seemed unfazed by the weather. They happily posed for the camera, and Surfer Dan even did a great impression of Aquaman, but in a sub-zero setting.

If ‘Aquaman’ was filmed during the polar vortex. 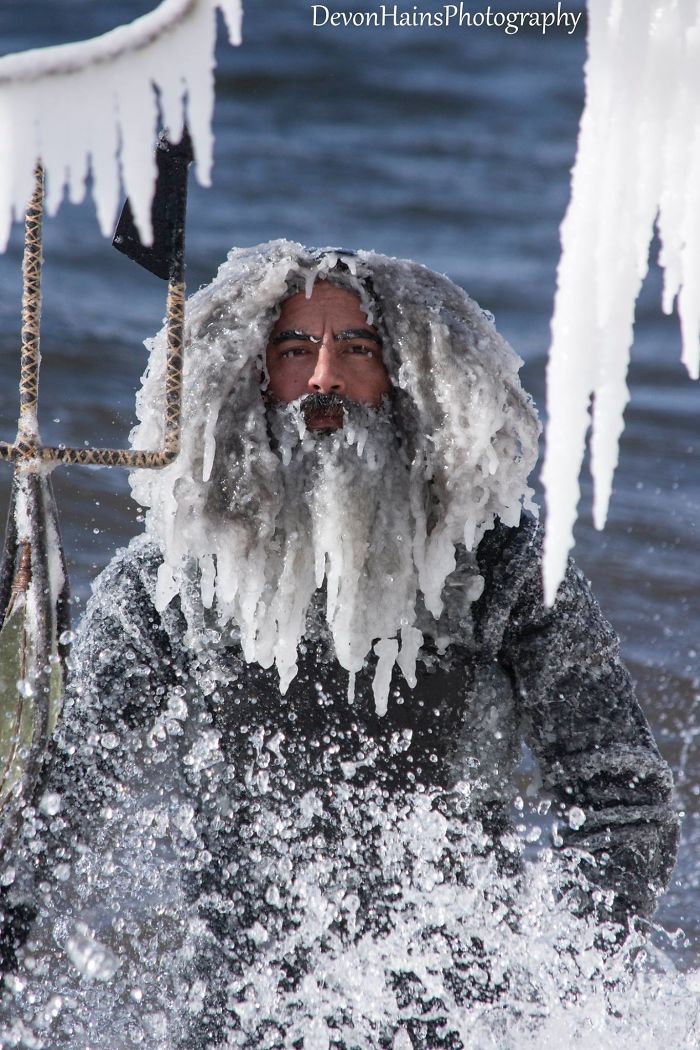 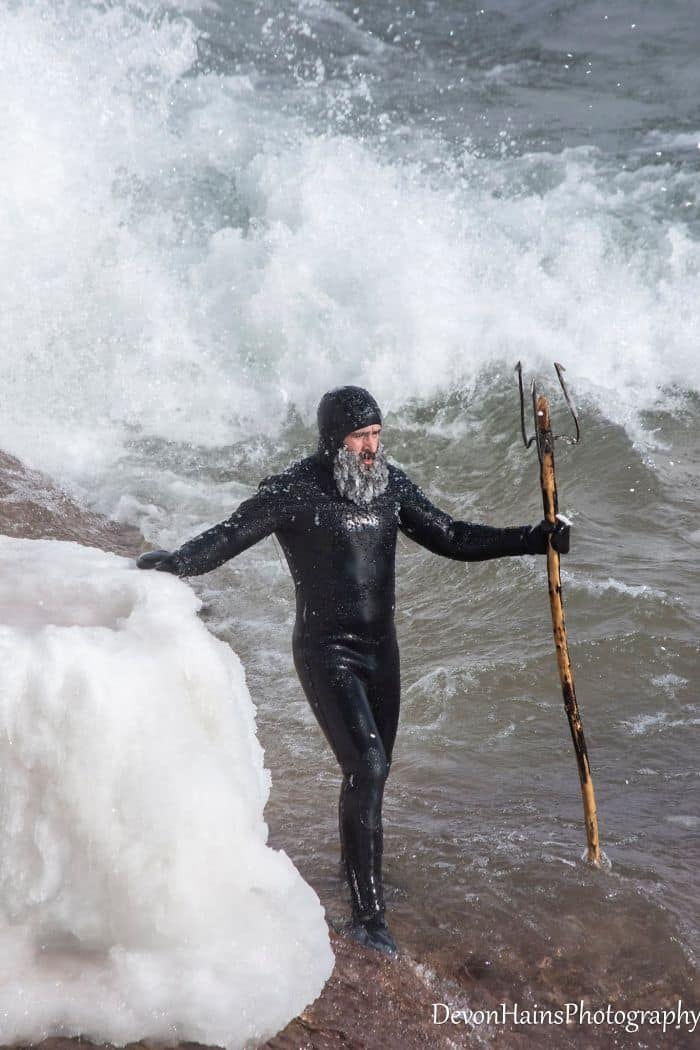 People don’t need to be worried about the surfers during the polar vortex shoot. According to Hains, he has full confidence in Surfer Dan.

“I’ve photographed Dan surfing in both sub-zero temperatures and pretty intense waves. Each time I feel a little concerned but I’m confident he knows his limits and it shows when he gets out there,” Hains said. 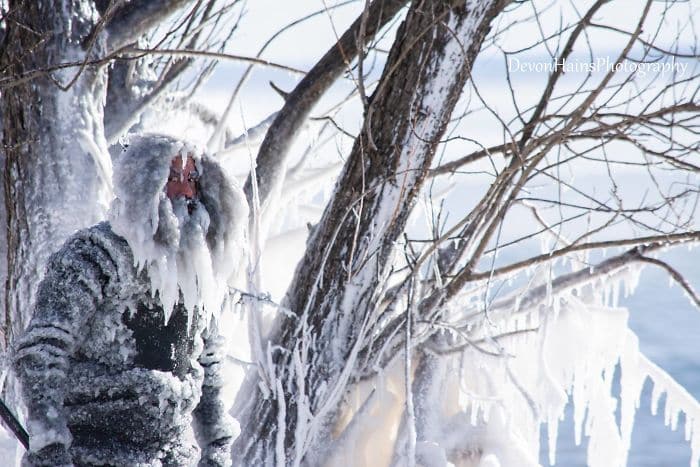 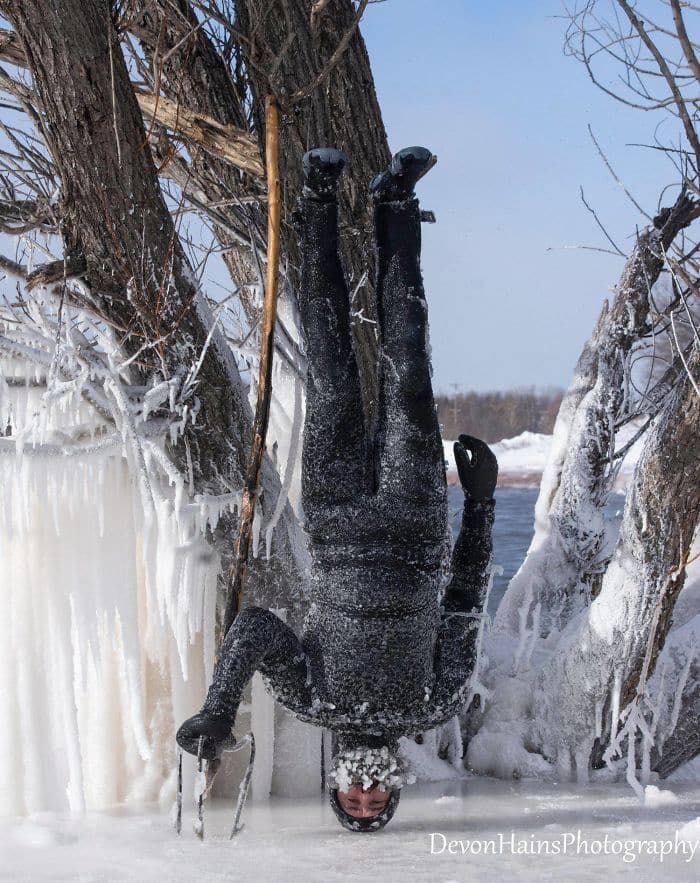 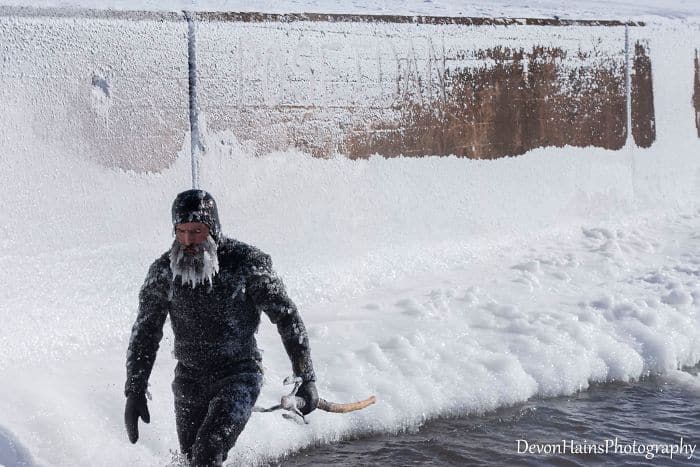 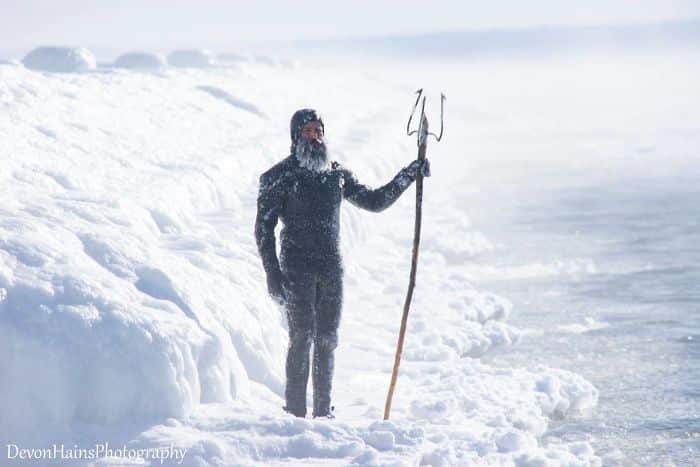 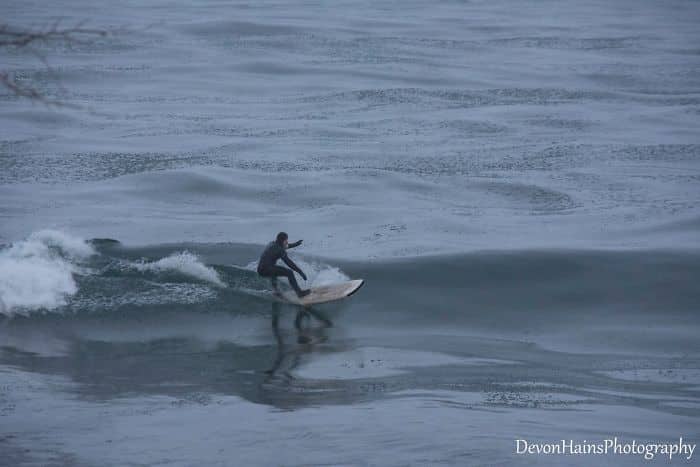 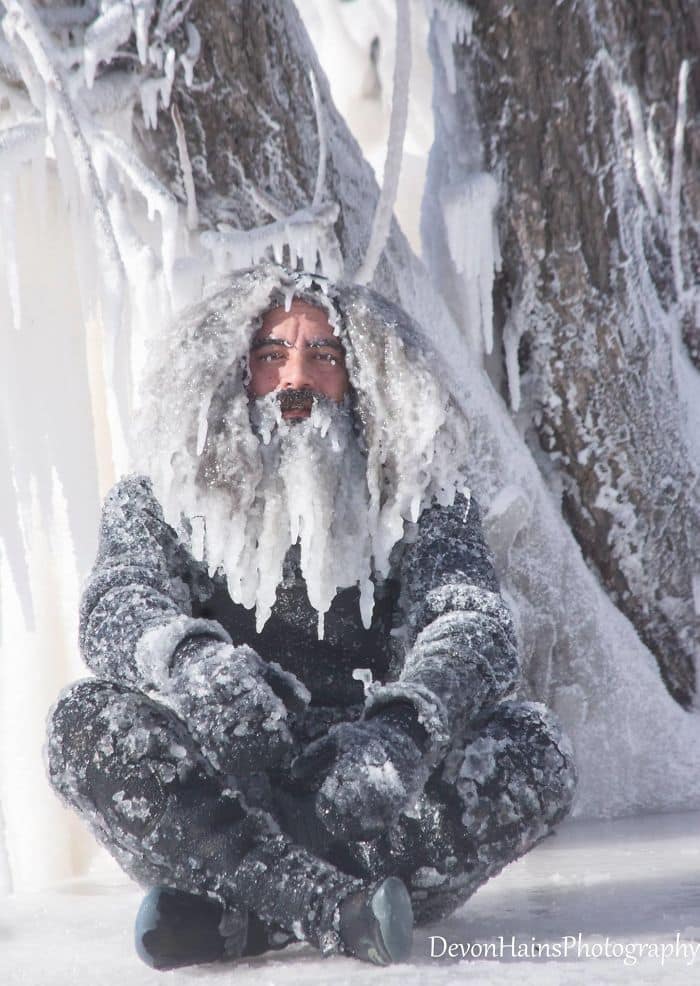 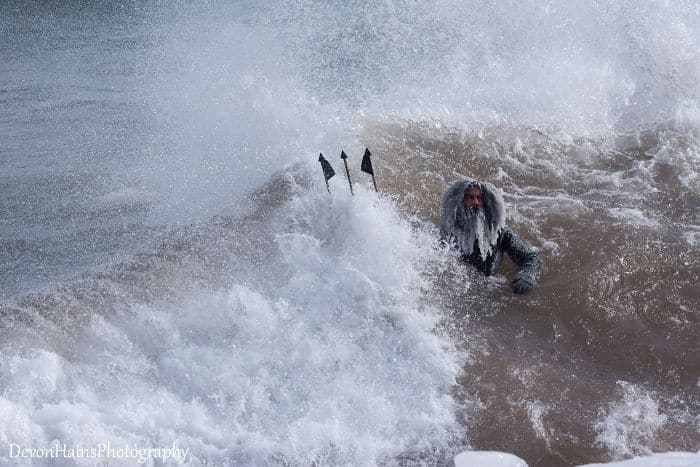 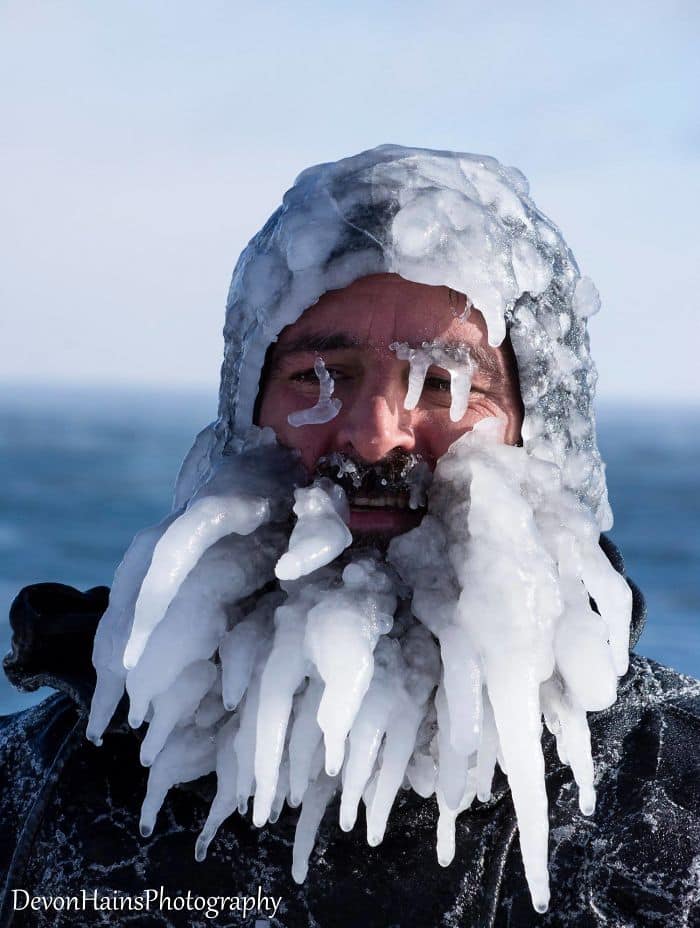 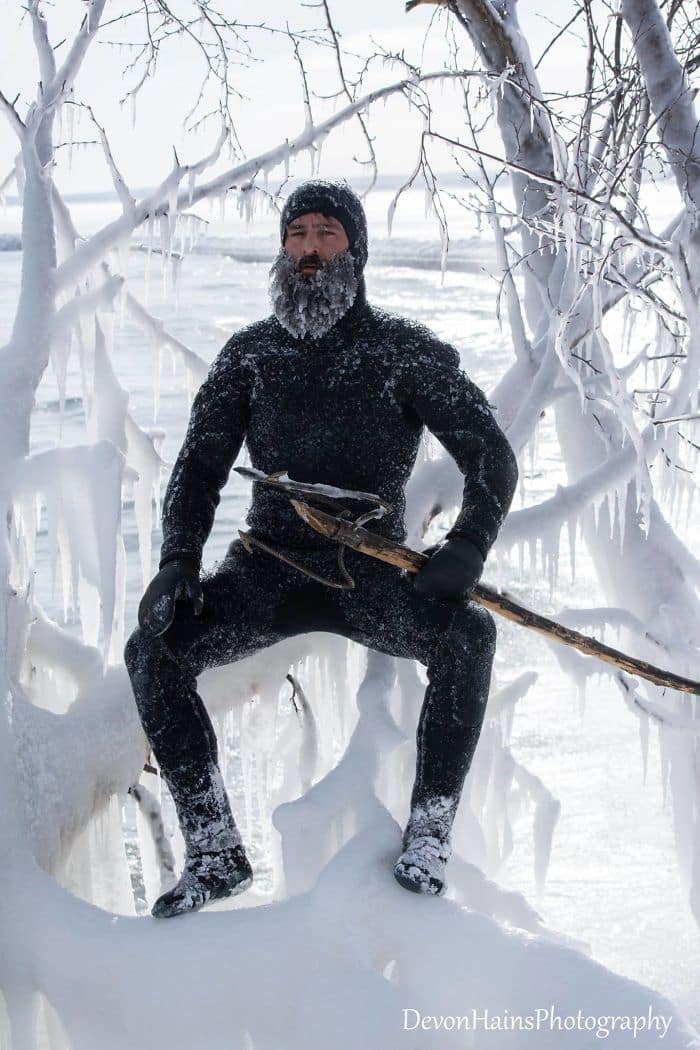 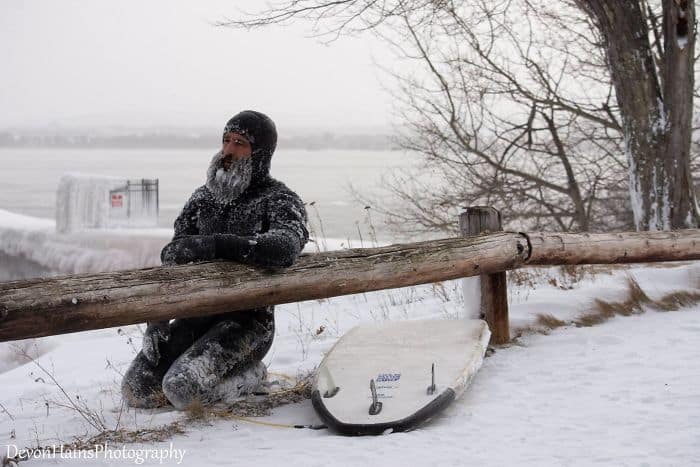 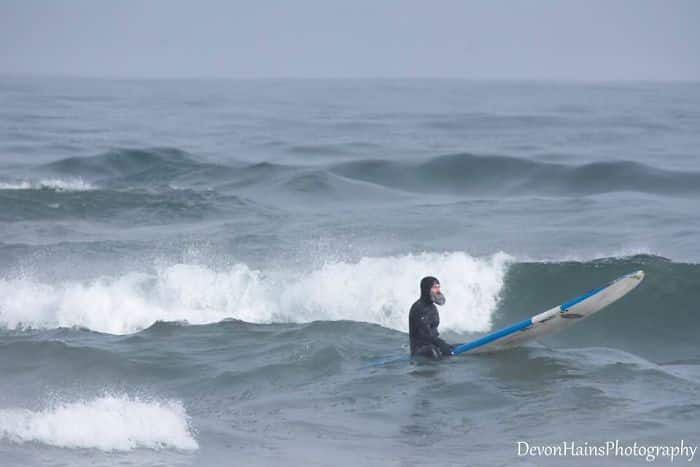 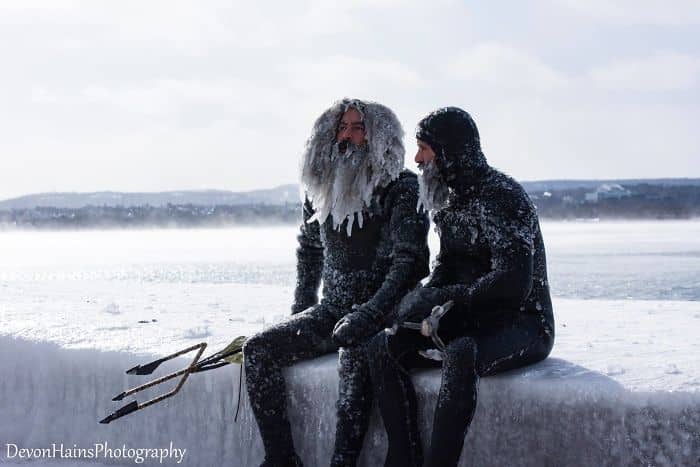 Photographer Hains takes a selfie with Surfer Dan and Finau. 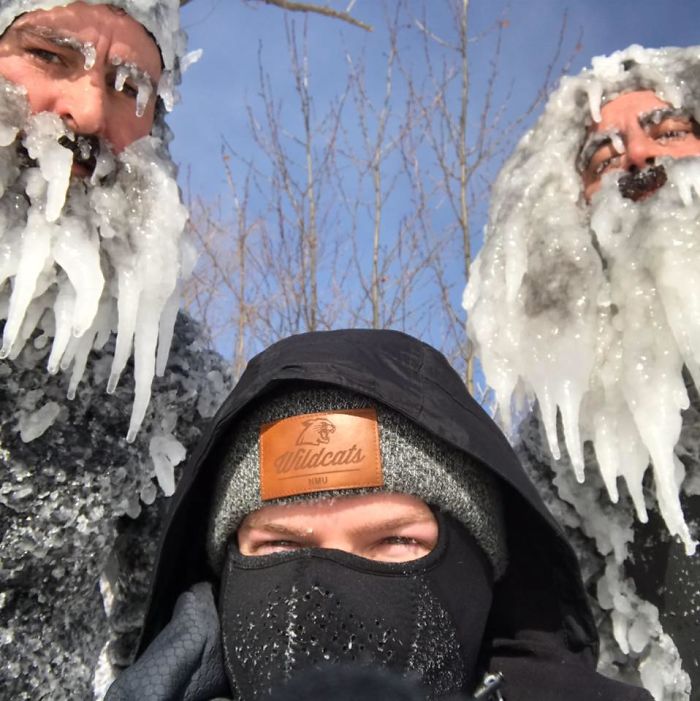 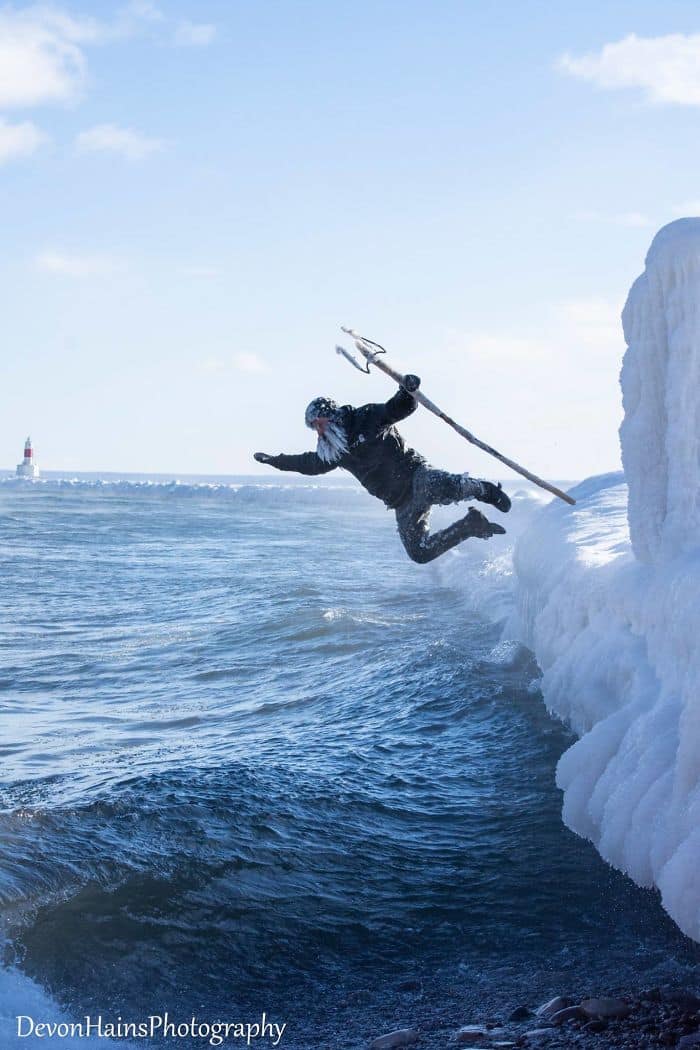 What do you think of these “cool” photos? See more of these awesome pictures by following Hains on Instagram @devonhains. In the meantime, let us know what you think in the comments below.