Sometimes tragedies can reveal the most unlikely heroes. A billionaire decided to do what he can to help fellow victims of the recent California wildfires. He loaded up his $25 million yacht with supplies and delivered the goods to affected areas in Malibu.

Howard Leight was also one of the many California residents who was affected by the wildfires. The co-owner of the Malibu Rocky Oaks winery actually worked to save his own property from the blaze. When the vineyard and his two homes were safe, the billionaire turned his attention to the other victims who were helpless against the tragedy. 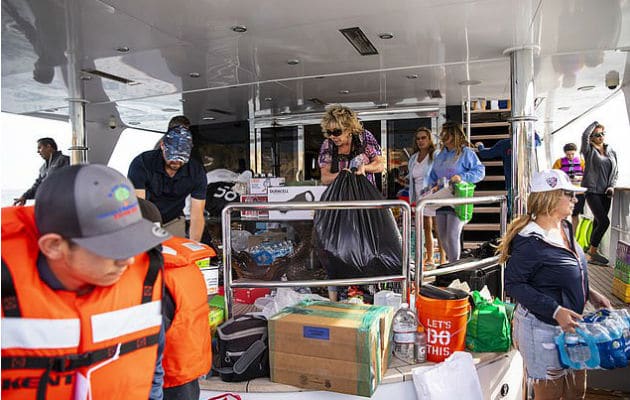 Leight and his friend Bill Kerbox teamed up with surfers and paddleboarders to aid fellow victims. They loaded up his 142-foot yacht The Leight Star with about 3,000 water bottles, 100 gallons of gasoline, snacks, dog food, and other supplies. The team then headed out to Paradise Cove to deliver the goods.

Unfortunately, they were not allowed to bring the yacht close to shore. Nevertheless, the volunteers were undeterred. They used their surfboards and paddleboards to ferry the supplies to the shore.

It was an unconventional mission to help the wildfire victims. Nevertheless, it worked perfectly considering the number of people that Leight, Kerbox, and their team of volunteers were able to help.

The volunteers had to ferry the supplies on their surfboards and paddleboards. 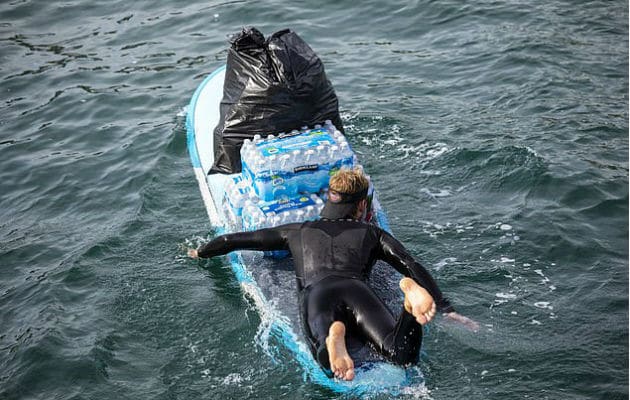 The Woolsey Fire is considered one of the most devastating events of 2018. Thousands of homes were destroyed as the wildfire raged across Malibu. Celebrities had to flee the area as their houses were consumed by the blaze. As of writing, the death toll continues to rise as firefighters struggle to keep the fire in control.

The tragedy was certainly devastating for California residents. Nevertheless, there are people like Leight, Kerbox, and their fellow volunteers who were not afraid to step up and help.