The recent polar vortex has made America aware of a lot of new things, like what happens to hair when you go surfing in the chilly weather. Interestingly, the icy temperature has also resulted in a rare phenomenon known as “ghost apples.” One farmer found these ice apples on his orchard and decided to explain how it occurs.

Andrew Sietsema manages a farm in western Michigan where the polar vortex had an interesting effect on apple trees. The young farmer was pruning the trees in an orchard when he came across the ghost apples. He immediately took photos, shared them on Facebook, and went viral with his stunning discovery.

The ghost apples magically appeared after the polar vortex. 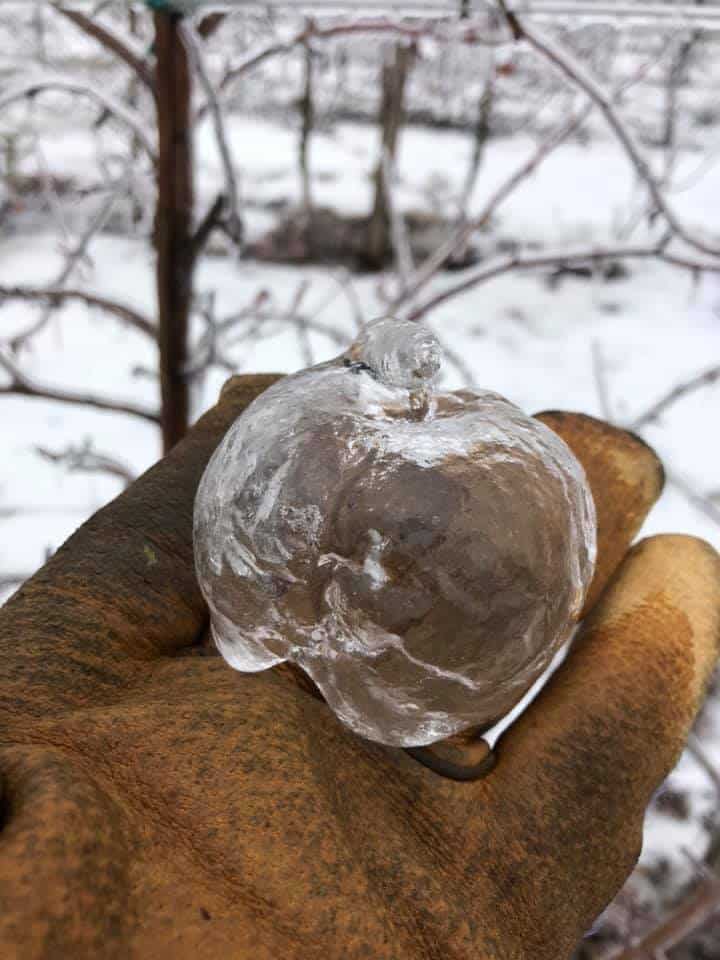 But what exactly causes ghost apples? Sietsema himself offered an interesting explanation on why the ice takes the form of the fruit.

“When I pruned the tree it would be shaken in the process, and the mush would slip out of the bottom of the ‘ghost apple’. Most apples just fell off, ice and all. But quite a few would leave a cool ‘ghost apple’ behind,” the farmer said. “I guess it was just cold enough that the ice covering the apple hadn’t melted yet, but it was warm enough that the apple inside turned to complete mush.”

The fruit itself turns to mush, leaving behind their shape. 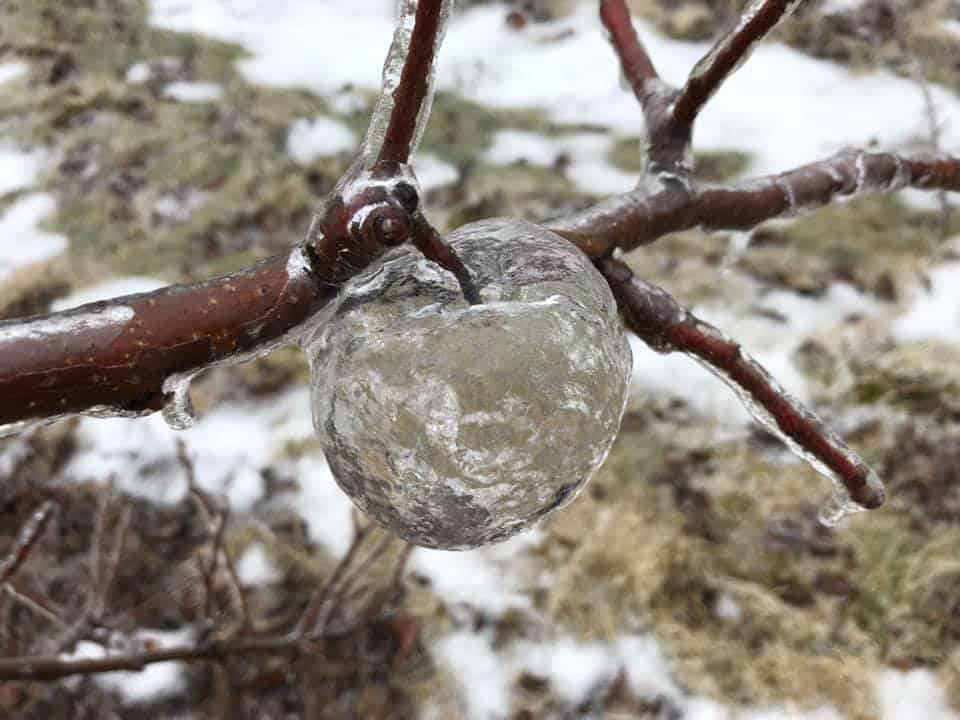 So is there any chance that people could come across ghost apples themselves? Sietsema says it’s possible. “I’m sure you could find them at any orchard on the Ridge (near Sparta, MI), or at least any that still had a few unpicked apples hanging on the trees,” he said. ‘Jonagold’ is one of my favorite apple varieties, but we’ll call these “Jonaghosts.’”

Ghost apples aren’t the only cool things we discovered during the polar vortex. A pair of surfers also found that the icy waters could freeze their hair into cool icicles when they went surfing during the chilly weather.

What do you think of these ghost apples? Let us know in the comments below.