While many of us would gladly consume a cake on a plate, this woman can actually get terrified about that idea – and actually, we’re not merely talking about the fear of gaining some extra weight.

Rachael Lee has an unusual fear of cakes, particularly the Victoria Sponge ones. In fact, it’s a phobia that she considers “crippling.”

Now at 27 years old, this woman from Featherstone, West Yorkshire claims she has carried the fear from a traumatic childhood experience. She shared that when she was just nine months old, she ate a slice of sponge cake and has gotten sick. Nowadays, she suffers panic attacks whenever she sees a slice of the said cake. In some instances, she even passed out. 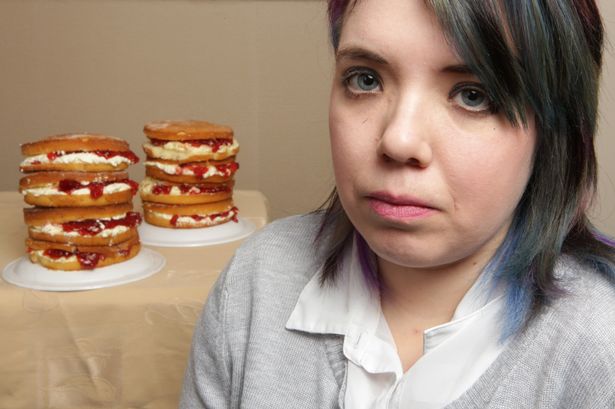 She said she simply couldn’t stand the smell and texture of sponge cakes. She finds the mess it makes to be very disgusting as well.

“If someone walks past me with a piece of cake and they come close I start crying and shaking. I literally freeze on the spot if I can’t get away. I have known myself to jump over chairs to get away.

The smell of a cake cooking is enough to make me violently sick and I can’t go up to a counter in a cafe or shop to order food if there are cakes.”

Rachael is currently working as a shop assistant but she tries to avoid walking down the cake aisle at her work plus avoids shops and bakeries in the fear of walking into the cake section.

You can watch a video interview with Rachael Lee here:

“It might sound unusual, but it is a real fear and I’m desperate to overcome it,” Rachael said. 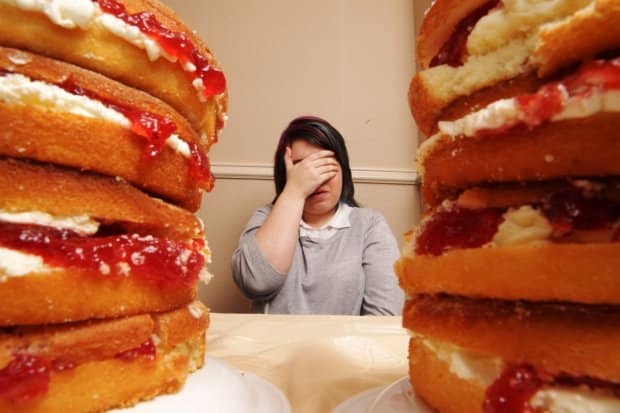 “People think you don’t come into contact with cake that much in everyday life, but you do. Just seeing someone eating it messily on TV is like a horror movie for me.”

I really want help but it is not a normal fear and I just don’t know where to start…. It might sound unusual, but it is a real fear and I’m desperate to overcome it.”

She has sought medical help for her problem but has been repeatedly told they do not deal with cake phobias. As of this writing, Rachael is already engaged with fiance Ben Child and so she wants to overcome her fear really, really soon. A wedding wouldn’t be complete without a wedding cake, right?