A Tumblr user by the name of illogicalliberal has caused an uproar online after posting about the massive differences in opportunity between the younger and older generations. Some say that the numbers do not simply add up, but, in one way or another, the user’s post actually makes sense when it comes to a couple of things.

Case in point, higher student debt, wages that do match inflation, increased rates in houses. And to think, all of these seem to hit the average worker the most. Still, others suggest that everyone is different and has his/her own circumstances in life. They even pinpoint that this is something that can be fought against using hard work and sacrifices. 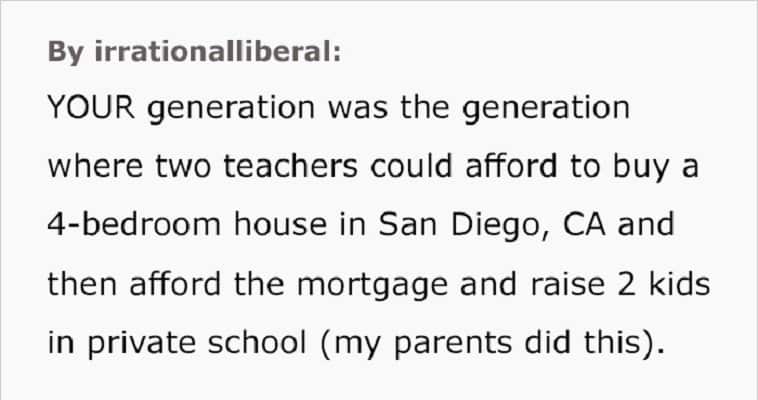 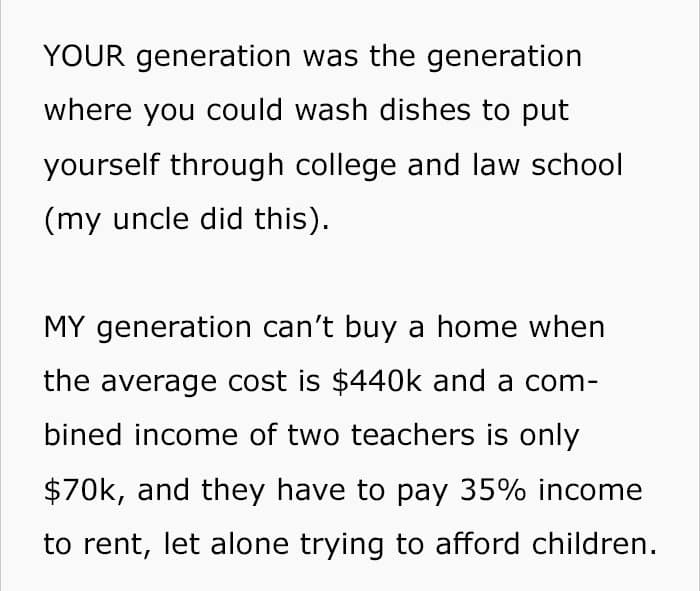 And here he begins his argument. 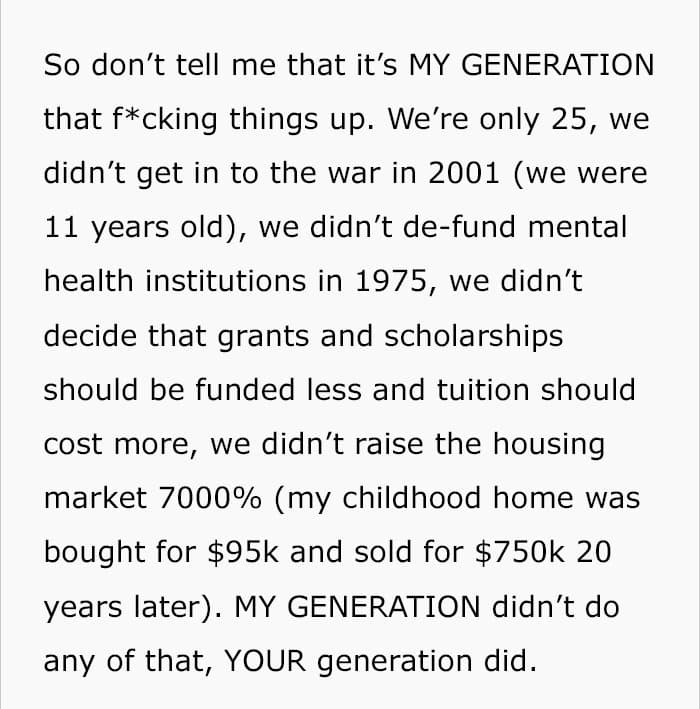 Then he ends it with a huge bang. 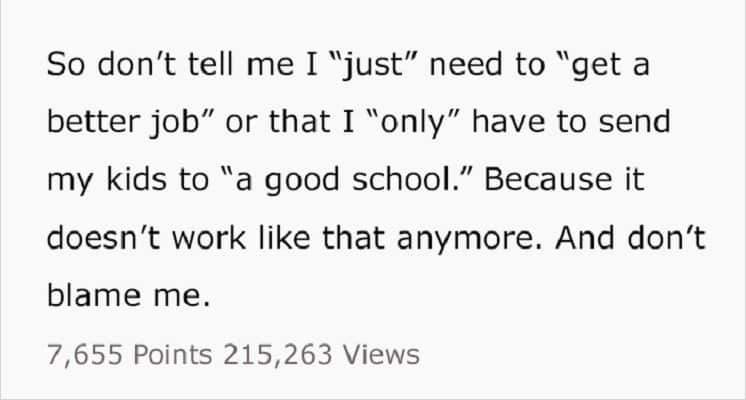 Interestingly, many were quick to agree and have even shared their own experiences. 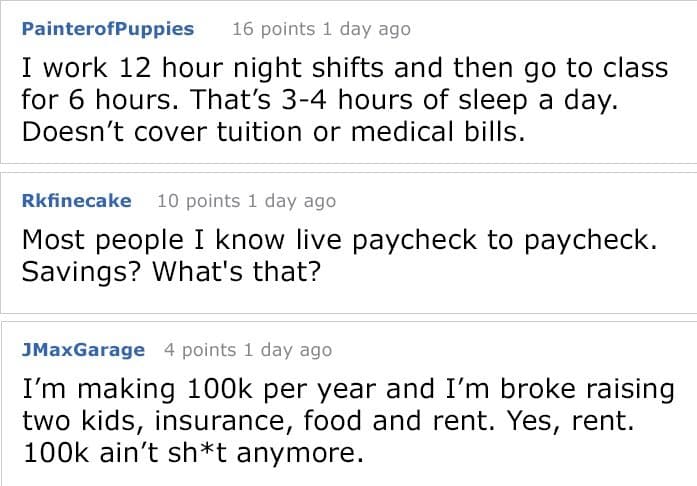 Others, as expected, do not believe that things are as bad as they may seem. 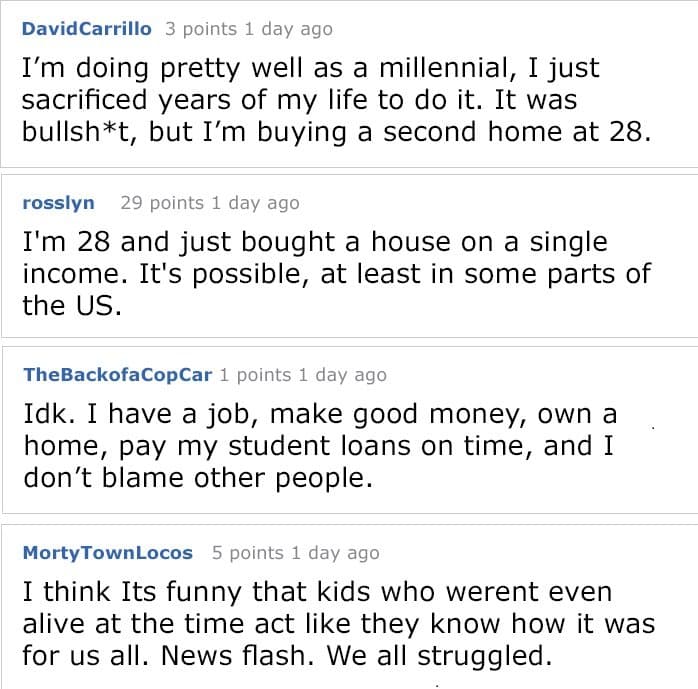 It cannot be denied that illogicalliberal’s points are somewhat valid. For instance, it is true that there is a generation gap in terms of social mobility and economic opportunity. And this may continue to hunt us in the next generations to come depending on the kind of technology there will be.

Still, this so-called “generation blame-game” needs to stop. There are those who believe that this is actually the main reason why division between generations exists.

How about you? What do you think of illogicalliberal’s statements? In any case, be sure to let us know in the comments below!