The viral photo of a grandpa and his wife has been winning the hearts of many people around the world. Edmundo Cambron, a professional photographer, was covering a wedding event when an old man then captured his attention.

Edmundo was so curious about what he was doing that he decided to observe further. That’s when he realized that the old man was secretly taking a snap of his wife on his phone. Edmundo took a picture of the adorable moment and it touched a lot of hearts. 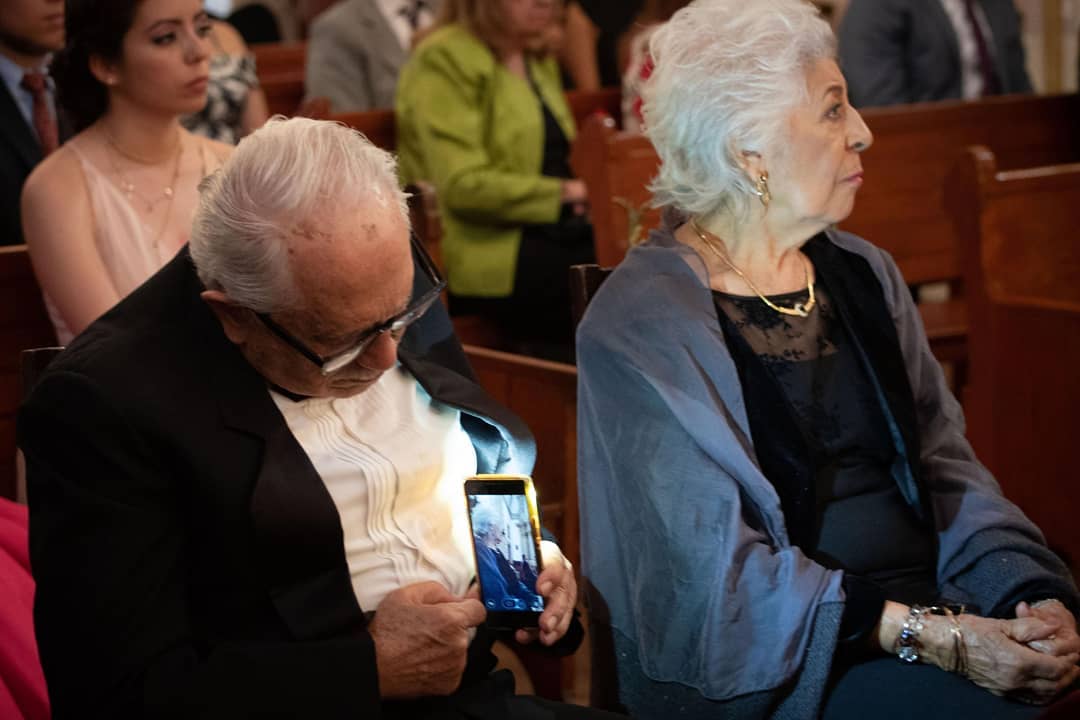 The man is Emilio Sanchez. It was during their granddaughter’s wedding in Mexico when he took the photo of his beautiful wife. He has been married to Teresa Regla for 55 years. Despite being together for over five decades, it appears that Teresa is still taking Emilio’s breath away with her beauty.

The old man’s wife really had no idea what he was up to as she simply sat there and watched the wedding proceedings blissfully unaware that she and her husband will soon be internet heroes. You’d think only teenagers would do such a thing to their crushes, right? Yet this old man just did that to his wife!

After the wedding, Edmundo shared the photo on social media with the caption: “It’s one of the best moments I saw while documenting a wedding.”

The photographer’s post instantly went viral and received thousands of comments from netizens who got inspired by their story. Many even wished to find a partner who would love them as much as Emilio loves his wife.

Emilio and Teresa are perfect examples that just because you’ve been together for a long time, doesn’t mean the relationship is going to be boring. If you truly love each other, every day is an opportunity to make beautiful moments together.