U.S. Army specialist Justin Perez-Gorda suffered a traumatic brain injury while serving in Afghanistan in January 2011. To show their gratitude for his service, non-profit organization Homes for Our Troops built a wheelchair-accessible home for him in Dripping Springs, Texas.

For years, Justin and his wife Josephine claimed that he permanently lost the use of his lower extremities as the result of an IED explosion. Now, Justin is under investigation by the organization after footage surfaced of him walking on the free property they generously built for him despite saying that he is permanently paralyzed from the belly-button down. 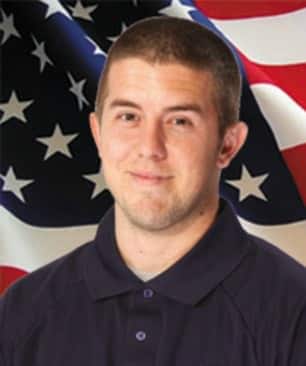 In December 2013, Homes for Our Troops, which builds specially adapted, mortgage-free homes for severely injured Iraq and Afghanistan war veterans, presented Justin and his family with a customized house in Dripping Springs, Texas, free of charge.

After the couple moved into their new home, neighbors shared that they saw Justin walking just fine in the property. There was even a photo to back up this claim. When asked about the subject,  Justin and his wife get upset and angry.

“Obviously there is something out there we missed. Homes for Our Troops continues to assess the situation and is weighing our options.”

Ivey added that taking the property back would be their “last resort.”

A reporter visited Justin’s home in 2015 to get his side of the story. But when the reporter saw the veteran, he was loading large pieces of lumber into his garage with no wheelchair in sight

Since the allegations surfaced, a donation link on Justin’s biography on the organization’s website has been removed.

Apparently, this happened a few years ago, but he’s recently been charged with assault and child abuse. One YouTube commenter did some digging and found that the federal government had filed suit against him in 2017, and there’s a mugshot online claiming injury to a child with intent.