Most Catholic churches around the world almost have the same facade, which isn’t new to church-goers. Although the architecture is beyond impressive, they still lack the vibrancy. But that doesn’t stop you from wondering how they were built in the first place.

Eastern Orthodox churches in Russia tend to deviate from the traditional exterior of most Catholic churches and went for something cooler. These churches look like you are in Disneyland or castles from fairytale books.

The most iconic Russian Orthodox church is St. Basil’s Cathedral in Moscow, but this is just one of those churches worth checking out 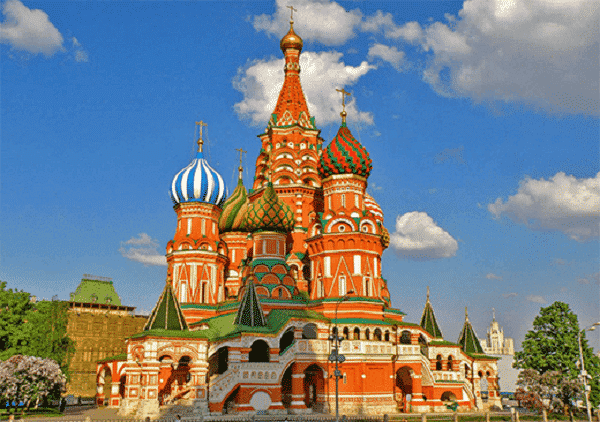 1. Church of the Birth of St. John the Baptist (Chesme Church) 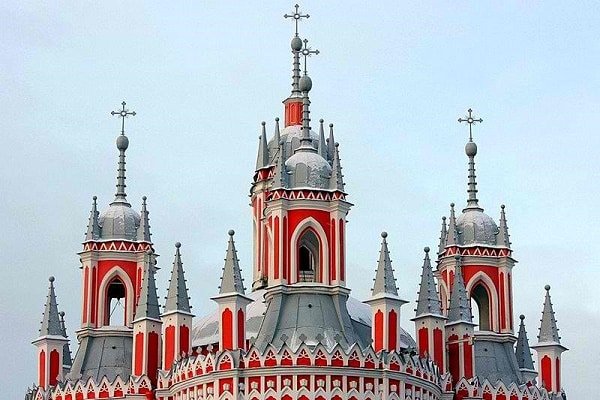 While tourists would first visit the Church of the Savior on Spilled Blood in St. Petersburg, the Church of the Nativity of St. John the Baptist is considered the most beautiful cathedral in town. It’s painted in pink and white vertical stripes, making it look like a candy cane. 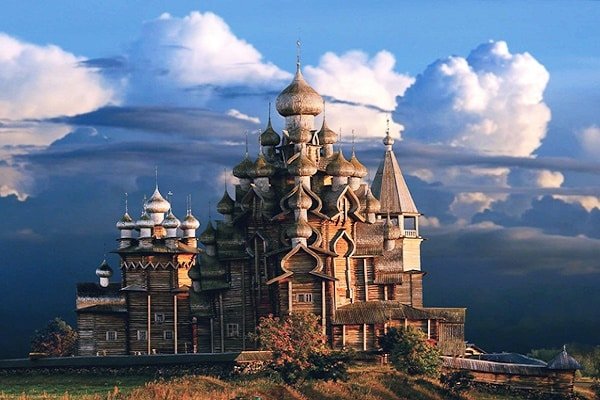 This church though doesn’t possess the colorful exterior like the others, but the lack of loud colors makes it more interesting and a little eerie too. It was built during the 16th century with the other churches in Kizhi island, but lightning destroyed them and they were rebuilt in the 18th century.

3. Church of the Holy Igor of Chernigov, Peredelkino, Moscow 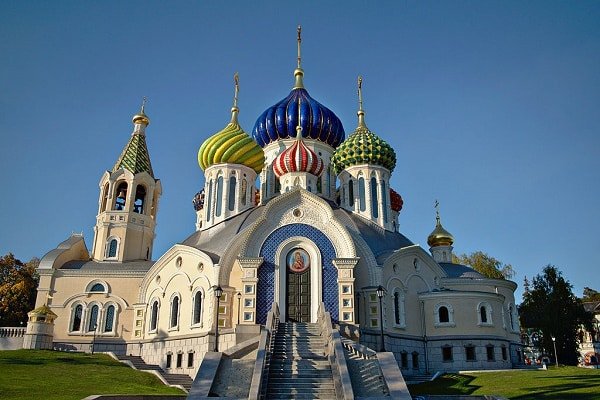 St. Basil’s Cathedral in Moscow may be on top of the list, but the Church of the Holy Igor of Chernigov is definitely a gorgeoous building you shouldn’t miss. You don’t see this around in Red Square as it is located about 16 miles from the heart of the city. Its ten onion domes are unbelievably colorful, not to mention the golden crosses on top of them.

4. Church of Our Lady of Kazan, Irkutsk

The city of pre-revolutionary Irkutsk on the shore of Lake Baikal in Siberia is a secluded location, but the place proudly hosts the colorful Church of Our Lady of Kazan or known as the Red Church. It took seven years to build in the Neo-Byzantine style and it opened in 1892. 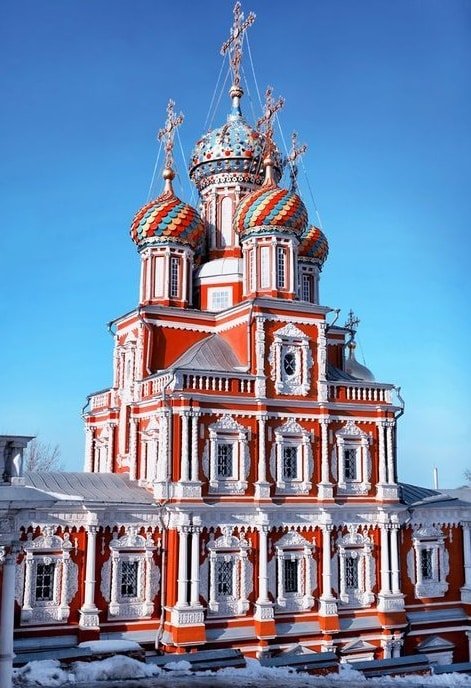 Five ornate domes stand on top of this church, which are painted in bright red and its walls and windows are decorated in a Strogonov baroque style. It looks familiar because it mirrors the domes of St. Basil’s Cathedral in Moscow.

6. The Cathedral of the Assumption, Omsk 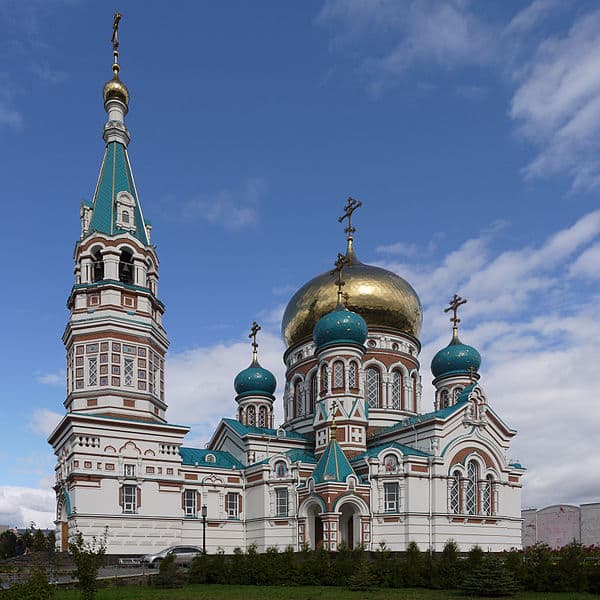 Also known as Dormition Cathedral, this church is painted in white and red, topped with five domes in turquoise and gold colors. Reports suggest that a statue of Lenin used to stand nearby, but religious officials took it down as they didn’t want a figure that depicts communism and atheism. 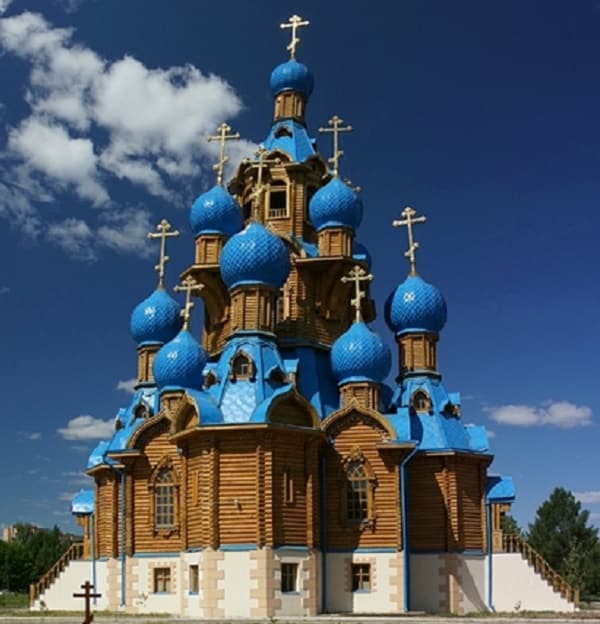 Built in Star City ten years ago, the Transfiguration Church is made of wood, topped with dark-blue domes and several crosses. Its location used to be top secret to avoid information leak about space exploration in the Soviet Union.