Passengers and employees of Tampa International Airport were recently treated to something that they don’t get to witness every day. With a service dog giving birth to puppies right at the airport before it could board the plane, some passengers even missed their flights as they could not take their eyes off the touching moment.

Eleanor “Ellie” Rigby is a two-year-old golden retriever that was supposed to accompany her owner, Diane Van Atter, in her trip to Philadelphia recently. While she and her owner were all set to board their plane, Ellie suddenly went into labor.

People at the airport just couldn’t miss the touching moment. 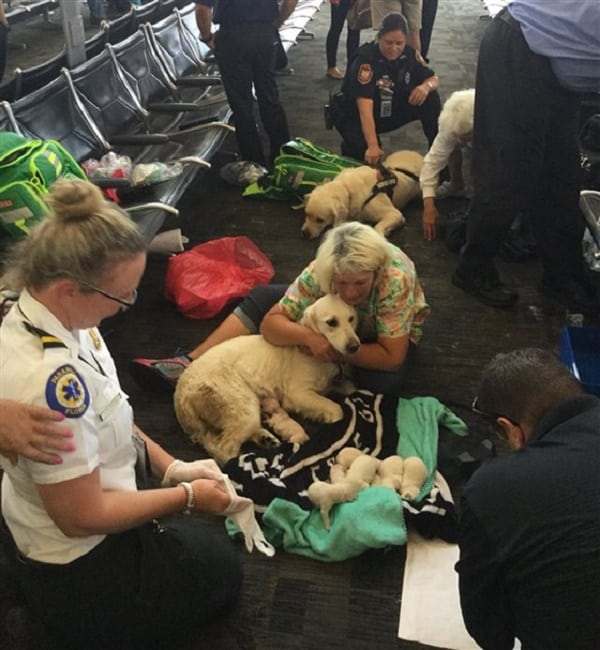 It is unclear, though, why airport authorities allowed the dog to travel despite her condition. 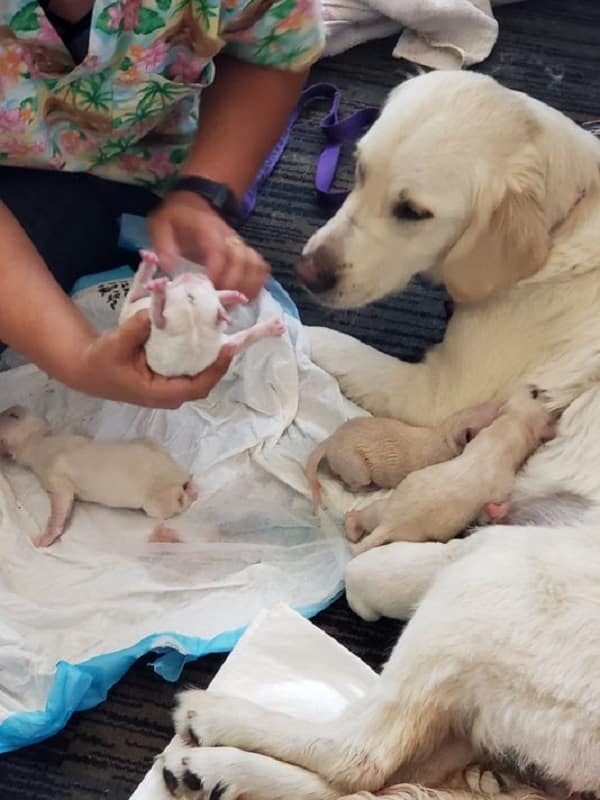 Nonetheless, according to Emily Nipps, senior communications manager for Tampa International Airport, a nurse in the crowd helped Ellie deliver her puppies. However, after assisting in the birth of five puppies, the unnamed nurse had to leave to catch her flight.

Lt. Natalie Brown of the Aircraft Rescue Firefighters (ARFF), was the first to respond when they were informed of the situation. According to her, what she witnessed was simply a magical moment. Brown said:

“My partner and I jumped in the rescue car. By the time we got to the air site, two puppies had already been born. I got my (obstetrics and gynecology) kit. I wanted to move the dog to a quieter area, but the owner was concerned about moving her so I said, ‘No problem.’ It was an incredible moment.”

Brown was a first responder who described the situation to be “magical.” 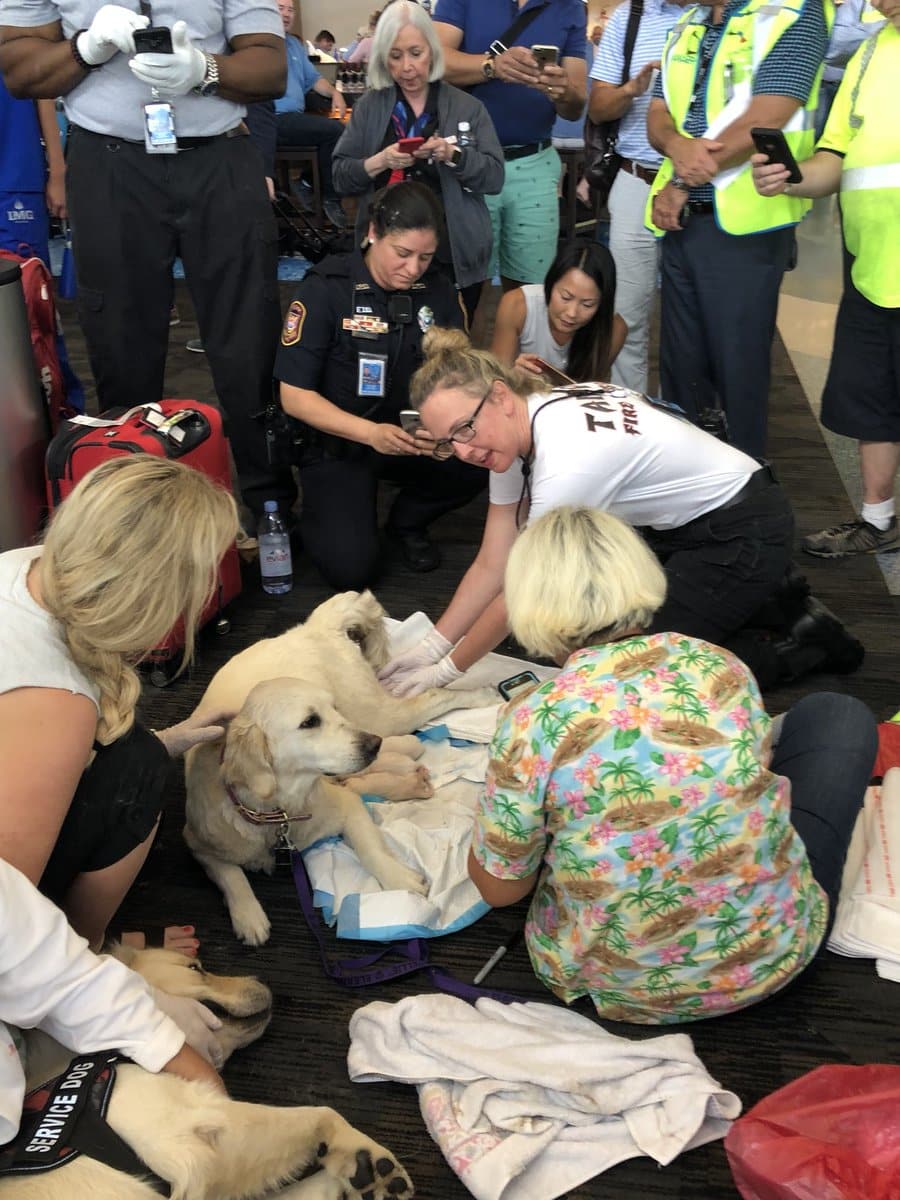 Apart from the crowd that took delight in witnessing Ellie giving birth, Golden Nugget, the father of the puppies that was also set to travel with Van Atter, also appeared ecstatic over the birth of his babies as he was seen excitedly jumping around as Ellie gave birth to seven male pups and one female.

When Ellie finally delivered all her puppies after more than four hours, she nursed them just like a human mother does after giving birth. With such a heart-warming moment, some passengers even deliberately missed their flights as they could not stop looking at the dog and her newborns.