Rules are made to be followed. There are simple rules and there are quite tough ones but we follow them anyway so we won’t get into trouble.

However, one mom was not in the mood to follow even the simplest rule — do not pet the dog. She even verbally abused a group of service dog handlers in a shopping center after being told her daughter wasn’t allowed to pet the animals. 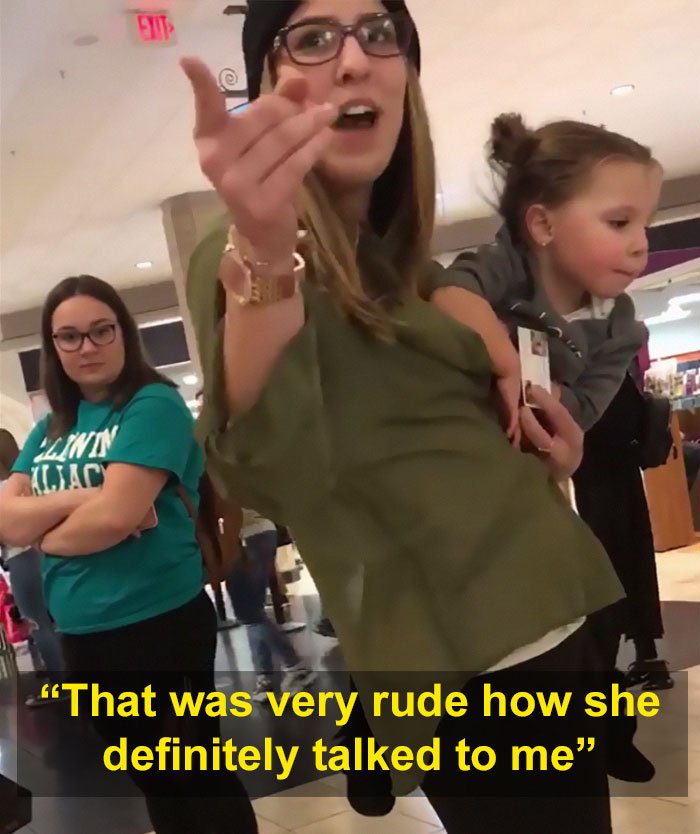 Megan Stoff was in a mall in Pittsburg, Pennsylvania training several dogs to be service animals with fellow service dog handlers when the woman approached her. Although they already had similar incidents where people ask to pet the service dogs and were refused to do so, they didn’t encounter anyone like this particular mom. 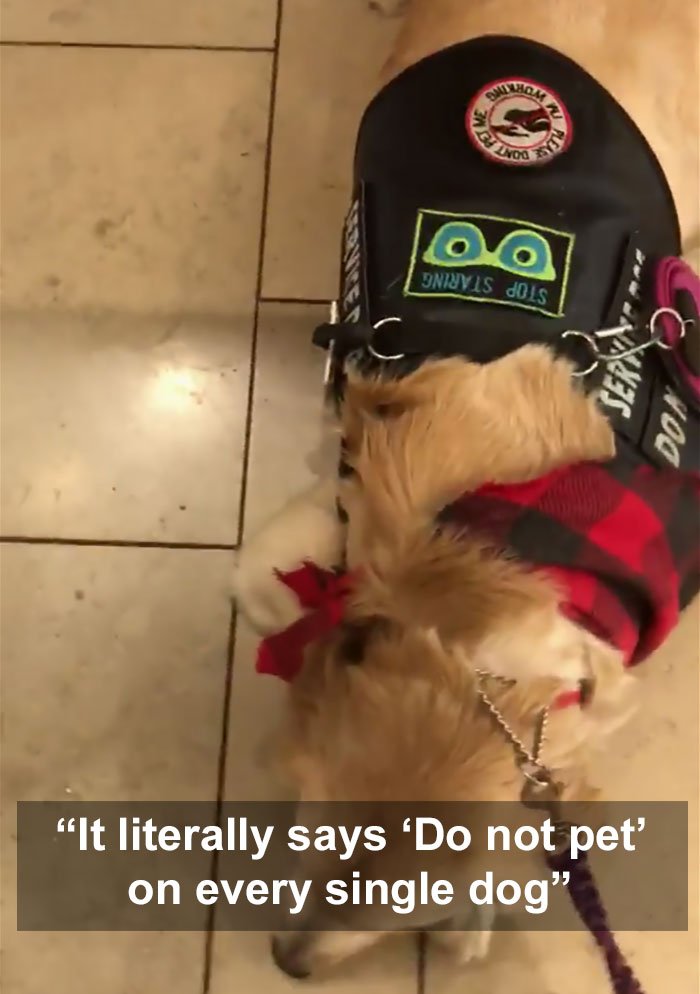 Megan was so stunned that she shared the video and her thoughts on Facebook. The clip of the incident, which occurred in Pittsburgh, Pennsylvania on December 19, has been viewed almost five million times just a few days after being posted to the social media platform. 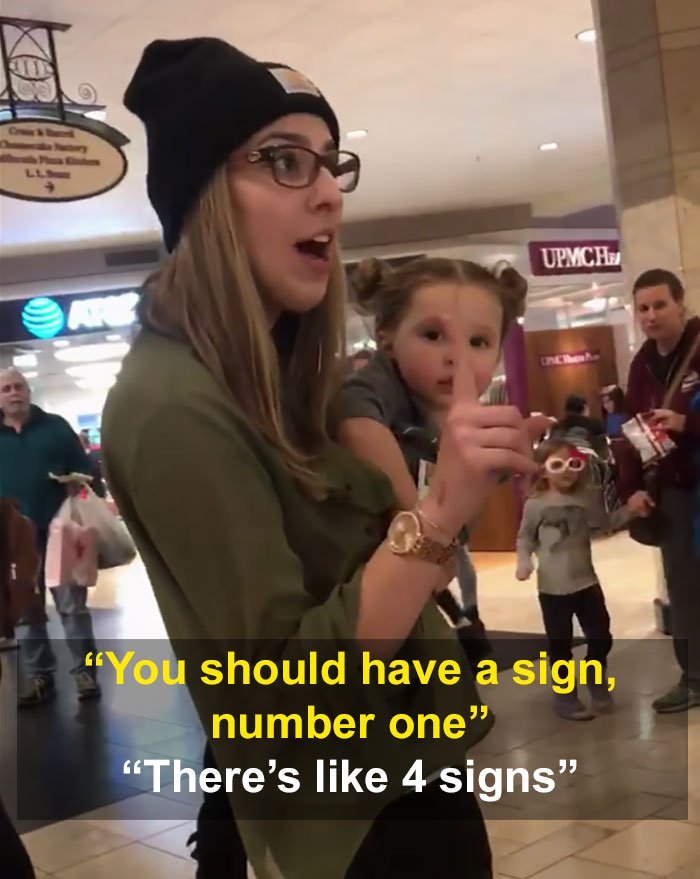 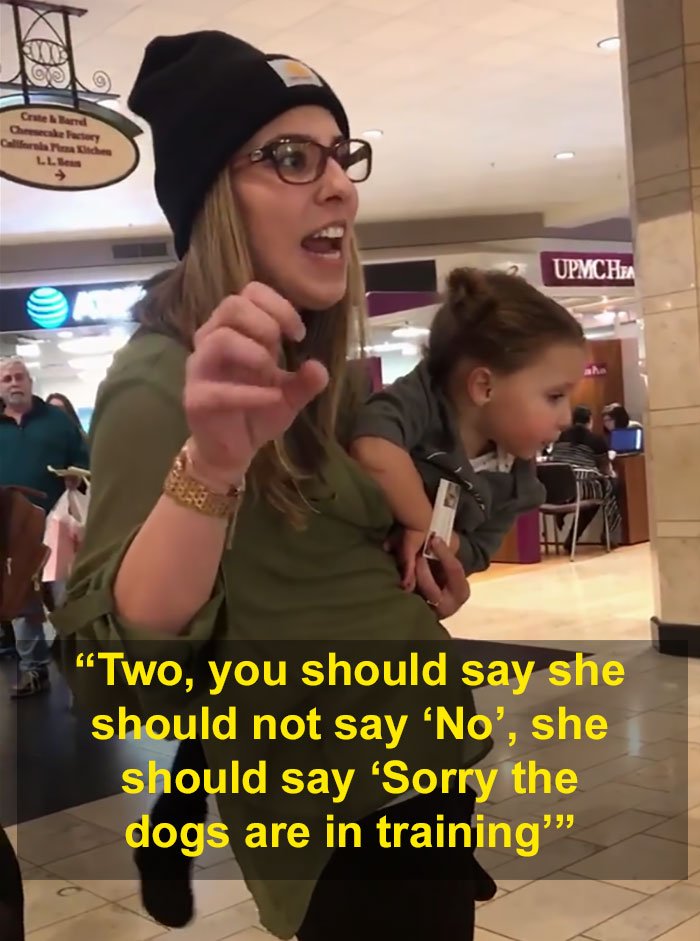 “Had this crazy experience yesterday at the mall where some lady asked if she could pet the dogs. People ask us all the time, so I just said, ‘no.’ All the dogs are working, so it’s my go-to answer. And they walked away. No big deal right? This lady went out of her way to come back with her child and yell at us for saying ‘no’ and for not saying, ‘nO iM sOrRy ThEy’Re TrAiNiNg.’ And we should ‘have a sign or something.’ You mean the 20 patches on my dog that say don’t pet?” 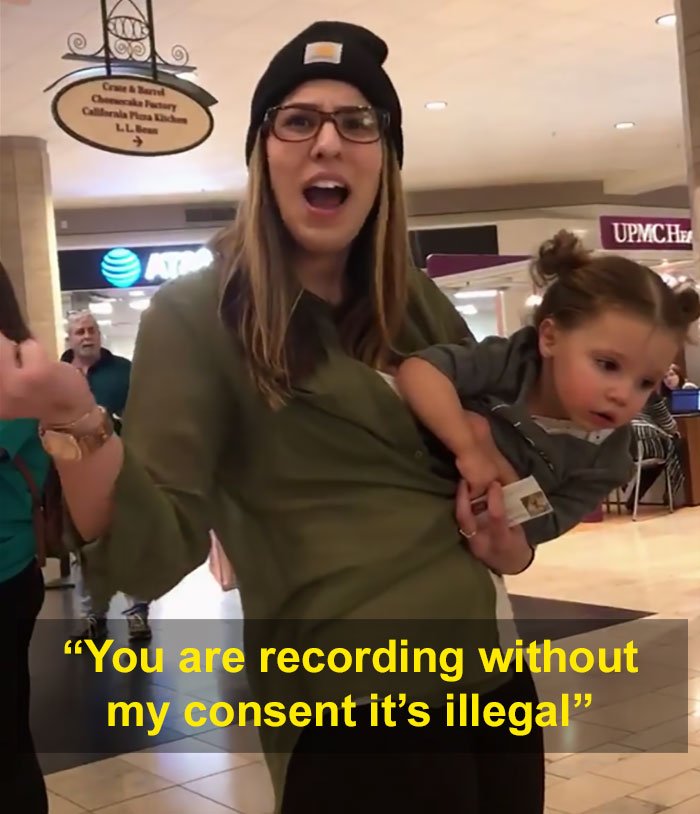 “Entitlement these days is real. They even got mall security because we said they couldn’t pet the working dogs. Security said that the lady was crying. So much harassment for just saying no. This video is public and is shareable. There was no common sense here.” 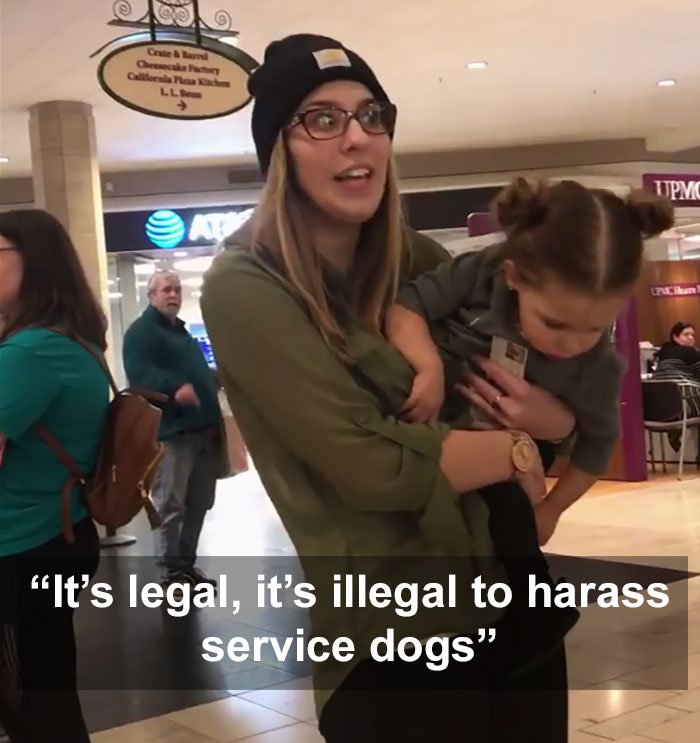 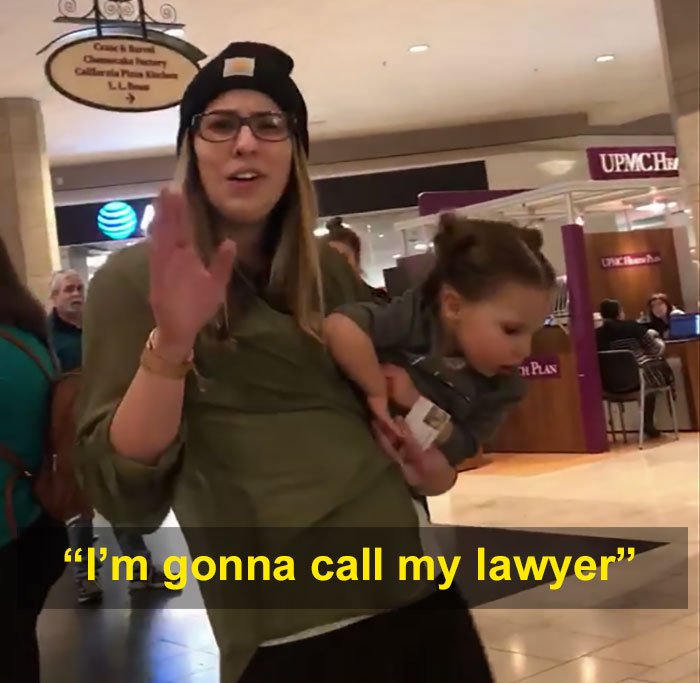 After being viewed and shared on social media numerous times, one netizen suggested a nickname of “Service Dog Sally,” putting her in the esteemed company of “Cornerstore Caroline,” “Pool Patrol Paula,” “South Park Susan,” “Hallway Hillary,” and “BBQ Becky.”