Ever wondered how some of the greatest illusions are performed? Well, we’ve got you covered! Read on as we expose the reality behind 8 of the most popular tricks of all time.

#1. Switching places inside a locked chest. 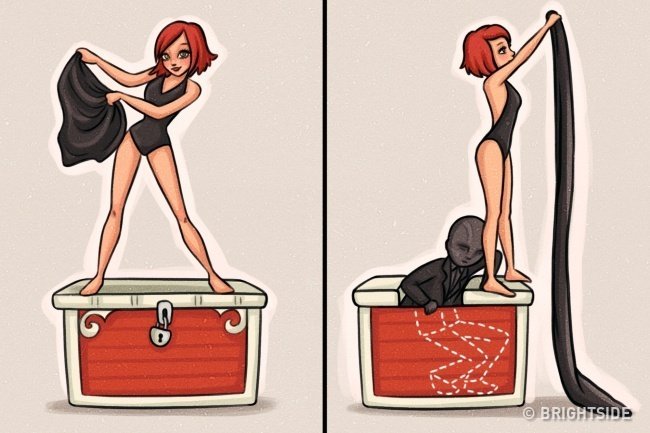 The secret: Obviously, the magician’s bag has an exit – usually a zipper to allow him to escape easier. Also, the upper panel of the chest can be opened. It’s all a matter of speed and practice. 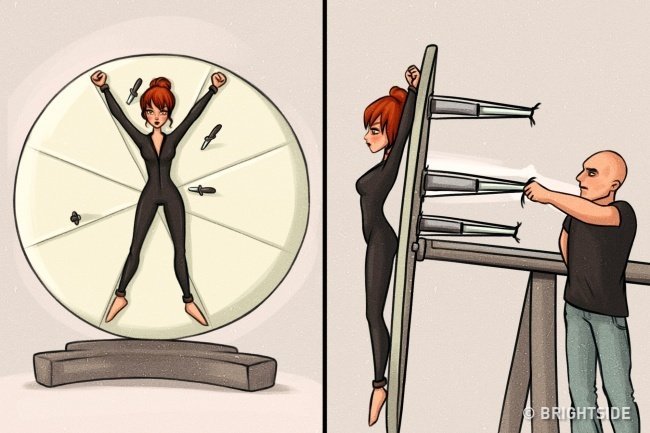 The effect: The magician throws several knives to a person fixed on a moving circle target. It’s really scary to watch except, of course, no knives are actually getting thrown.

The secret: With speed and stealth, the magician is simply hiding the knives in a secret pocket. Meanwhile, his helper is busy doing his thing behind the target. For this to work, great timing and coordination are required. 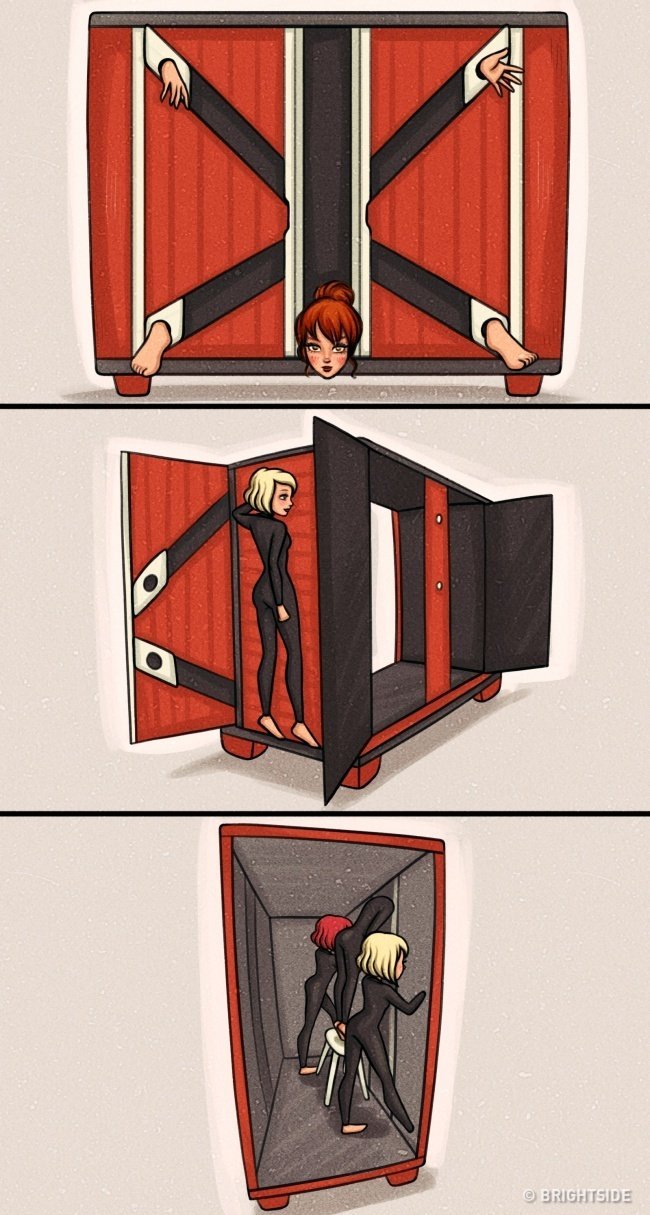 The effect: The magician’s assistant is positioned inside a big box showing only her head, hands, and feet to the audience. The magician then moves her body parts in different ways, seemingly stretching them beyond normal bodily functions.

The secret: Usually, the magician shows the crowd that the box is empty – which is, of course, not the case since he has two other assistants hiding behind the frames. They use a secret door to get into the box, place their body parts in the designated positions, and then the rest is pure theatrics. 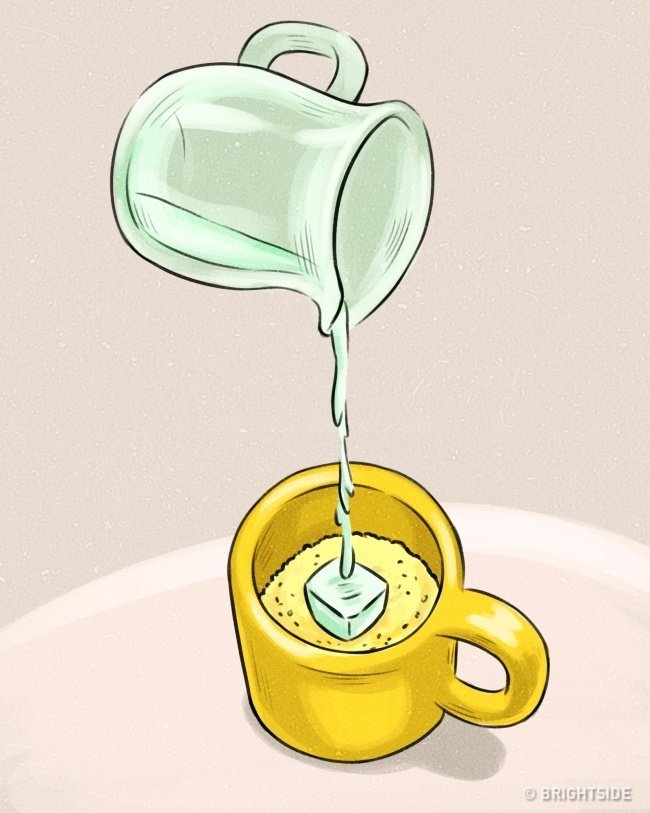 The effect: A magician pours water into a glass but then again – a piece of ice falls out of the glass instead of water.

The secret: A hidden sponge absorbs water plus the piece of ice is hidden inside the transparent “magic” glass. 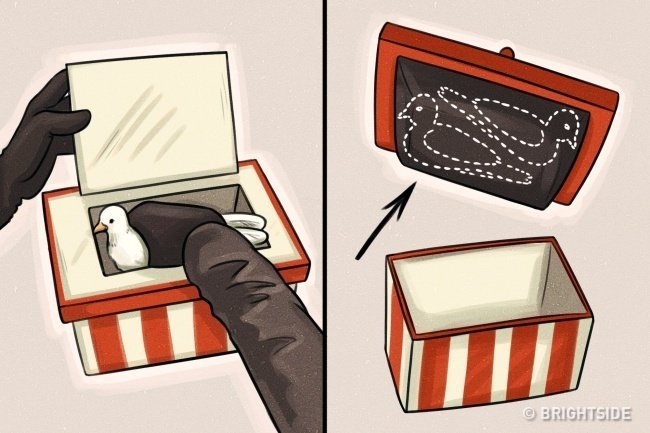 The effect: One or more pigeons are placed inside a box. They then magically vanish as he opens it later.

The secret: No pigeons are harmed in this illusion. As the picture shows you, they are safely hidden in a secret chamber in the top cover. 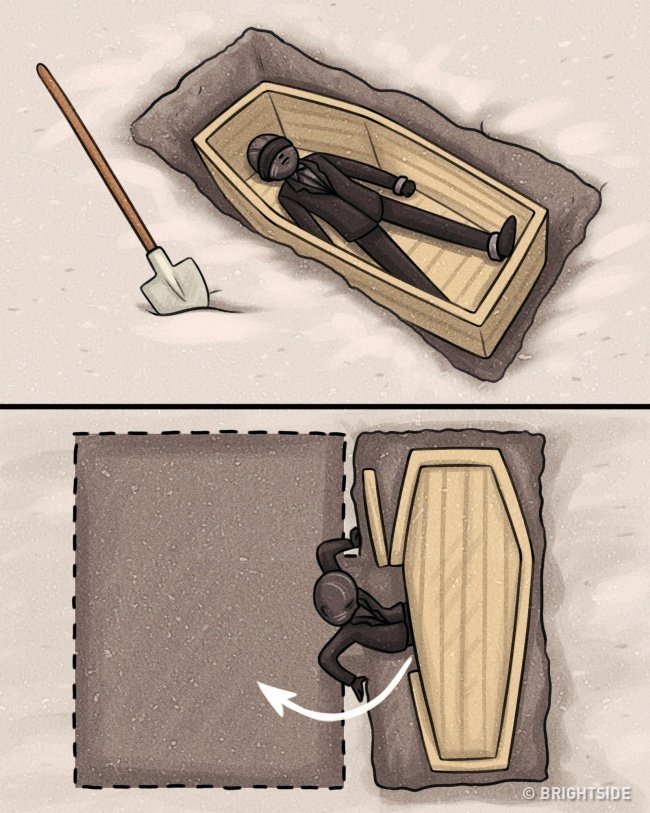 The effect: The magician lies down a box and gets buried in the ground. In mere seconds, he gets out of it completely unharmed.

The secret: Of course, the box has a secret door and then the magician goes into an underground room with light and supply of oxygen. This is quite risky to perform but when really safe and impressive when done right.

#7. Piercing the skin with needles. 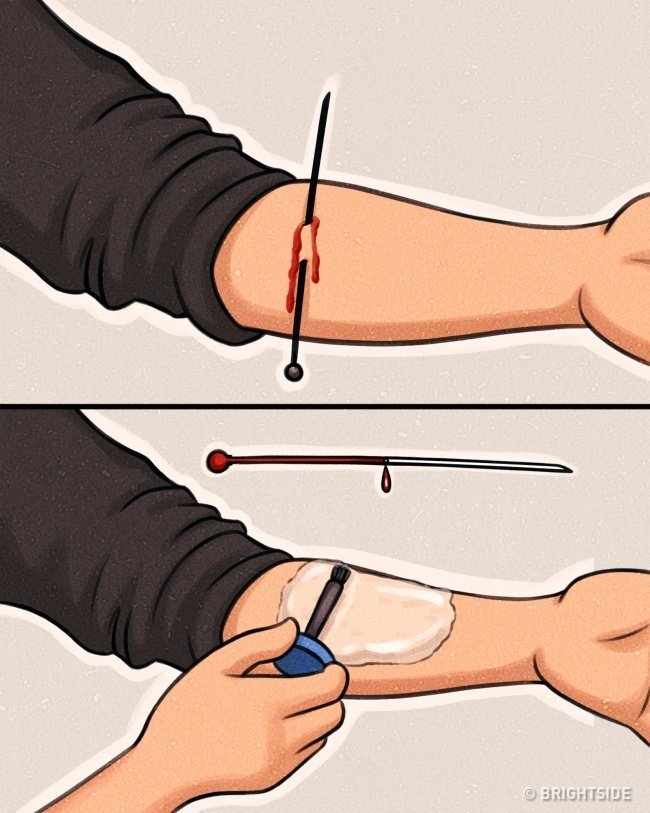 The effect: The magician’s skin is pierced with needles and the crowd sees the bleeding but he easily endures the pain.

The secret: Actually, it’s not the magician’s skin at all. It’s nothing but acting, rubber glue makeup and fake blood. 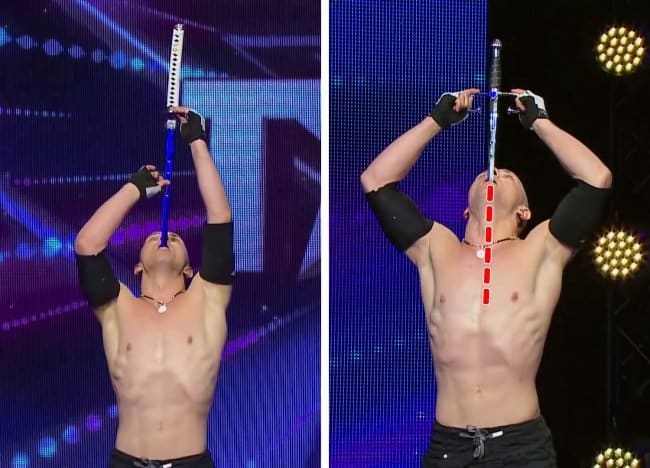 The effect: The magician swallows a real sword and comes out unharmed by the act.

The secret: The sword is carefully placed in order to not hurt internal organs since “the pharynx and gullet form a straight line“, according to Brightside. Still, this is a scary trick to perform because things can go wrong anytime.