In a day and time when patriotism is considered by many as a passé concept, one man stands tall and proudly maintains his ground – for a period of 3 hours or beyond.

Retired Staff Sgt. Tim Chambers has earned the nickname the “Saluting Marine” for his unusual way of paying tribute to the “veterans and patriots riding our prisoners of war and missing in action in support of Rolling Thunder in Washington D.C.,” his website tells us.

Chambers began with this idea back in 2002 and he has been doing his iconic salute since even when the weather gets a little unfavorable for him. In the video below, you will see him standing straight in the middle of the street to honor the bikers despite the scorching sun.

Former Staff Sgt. Tim Chambers is known to many as the “Saluting Marine.” 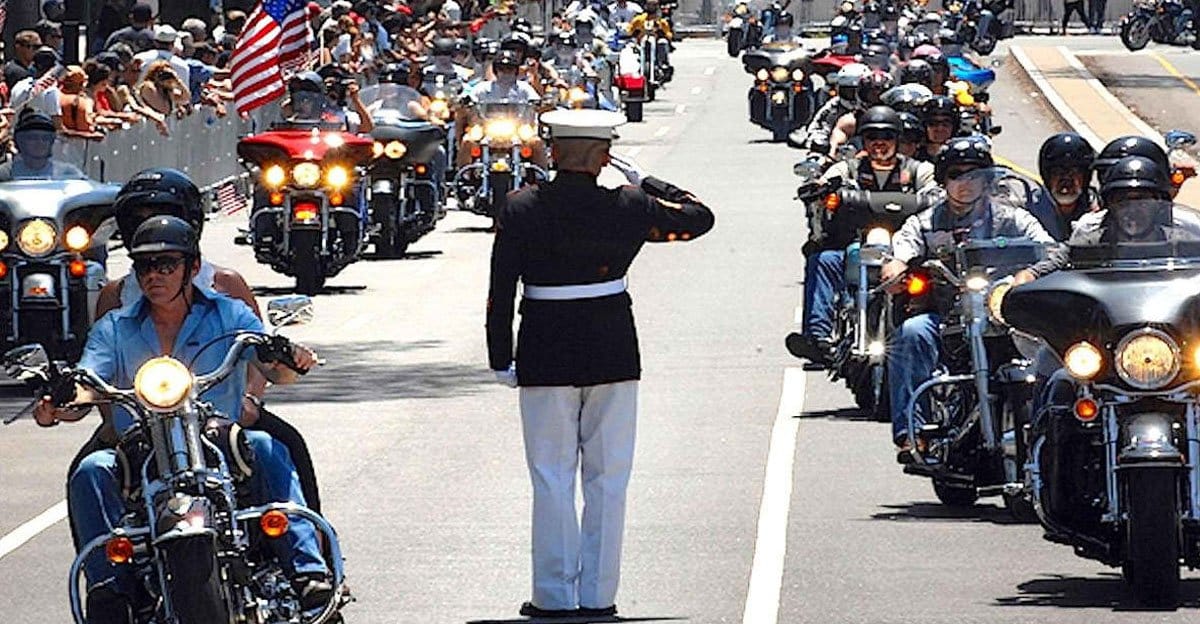 This, of course, is amazing in itself considering that Chambers actually has a broken wrist.

“He just gave me chills. Like yeah, I’m impressed. I can’t believe he’s out there.”

And Chambers is determined to continue paying respect, year in and year out.

Chambers stands for 3 to 5 hours to show his respects for fellow veterans. 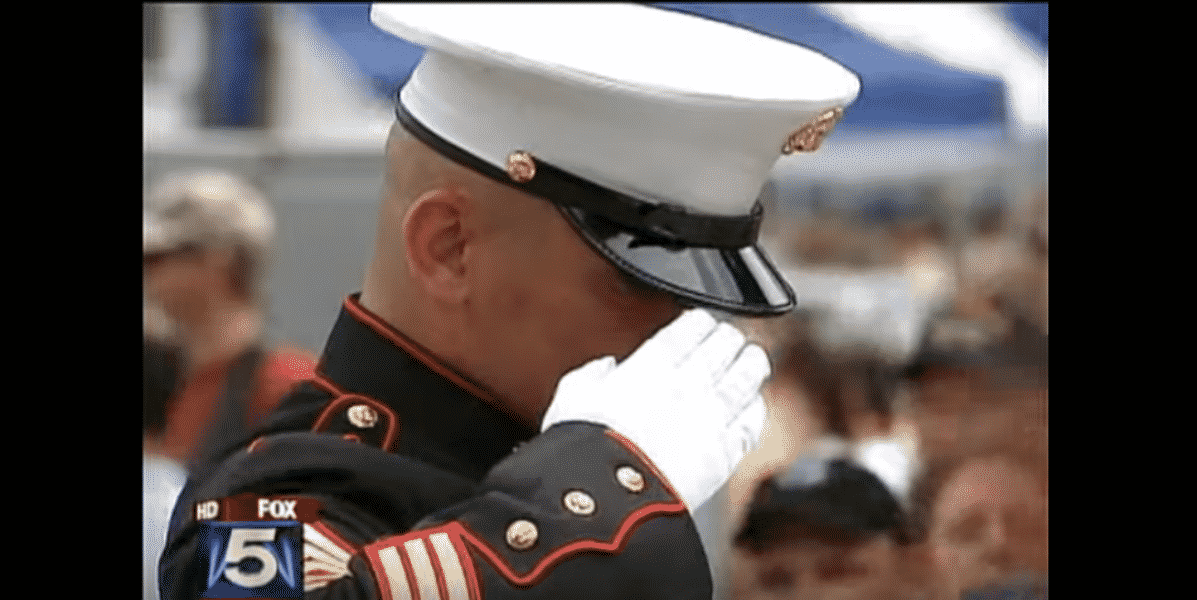 “They zoom by me and I get an eyeball at them. I’m trying to give every one of them the welcome they didn’t get,” he explained.

“I’m trying to give every one of them the welcome they didn’t get,” Chambers said.

Asked about why he does it in the first place, the lone marine only uttered:

“I am doing this because America needs to see it and I want them to emulate that in any way they can across country.”

Needless to say, countless netizens have expressed admiration for the veteran. 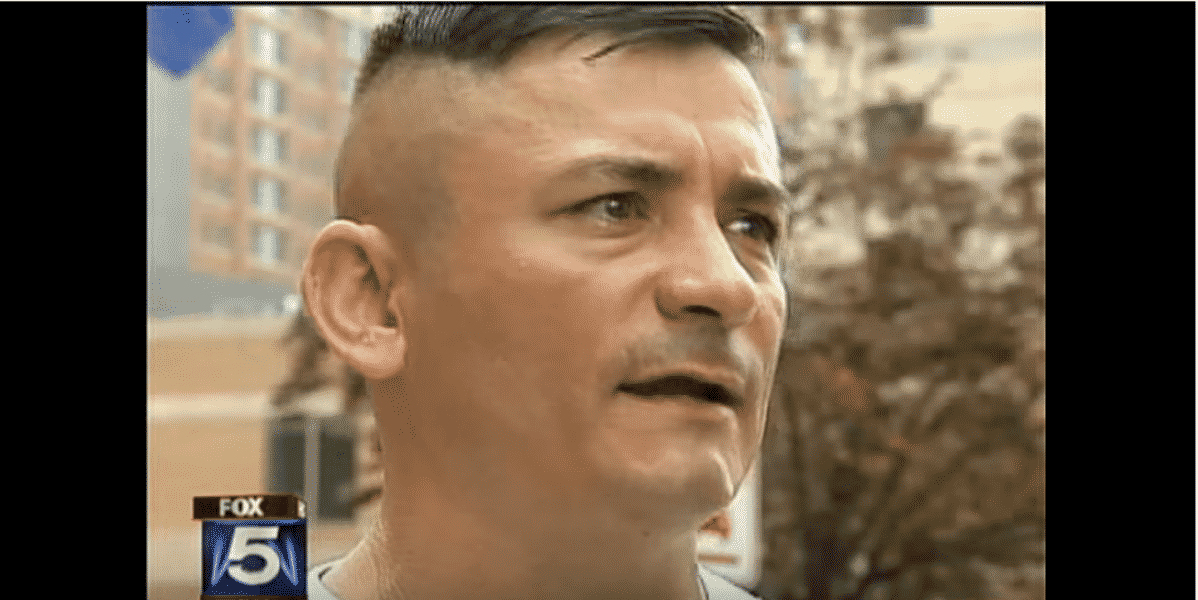 Naturally, netizens from across the world couldn’t help but express admiration for the veteran.

“Huge respect to SSgt Tim Chambers Ret. Thank you for serving our country!”

“What a brave man. He is brave example to entire America and rest of the world.”

Nancy May Jefferson, on the other hand, added:

“The tears wont stop. God Bless this giant of a man!”