A Japanese runner fractured her during a relay marathon in Fukuoka, Japan. But instead of giving up, Rei Iida bravely crawled so she could finish her part.

The shocking scene occurred at the Princess Ekiden All-Japan Inter-Company Women’s qualifying race in Japan’s Fukuoka Prefecture. In the video, the runner can be seen running in the race. The next scene, however, showed a different scenario as she was now crawling her way to tag and pass the sash to her teammate. 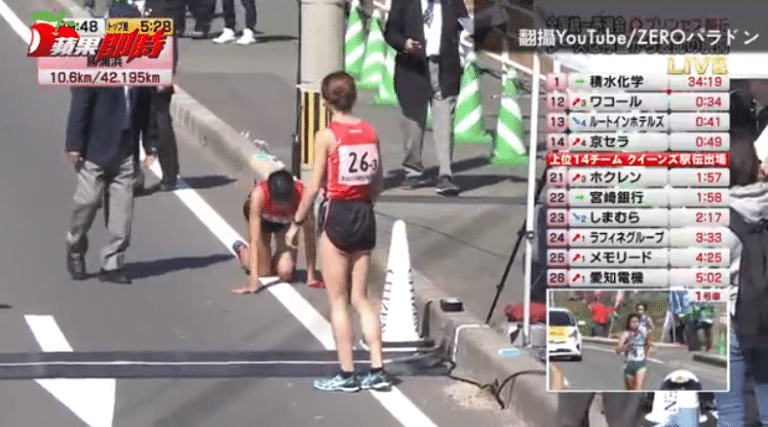 The 19-year-old had enough reason to quit as her hands and knees were bleeding while she crawled the remaining 200 yards. When asked if she wanted to stop, Rei reportedly replied: “How many meters are left until my goal?” Clearly, she wanted to finish her stretch, but many believed that her health was more important than the race.

Race marshals have been criticized, however, for failing to stop Rei from continuing, even though she reportedly insisted on finishing. 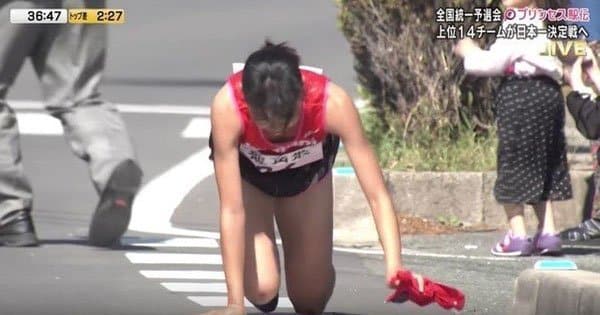 After hearing that Rei had fallen and been injured, the manager of her team decided to pull the team out of the competition. Officials didn’t get to contact the head judge right away, so the decision to stop or let her finish was not conveyed to the runner as soon as possible.

“I struggled to decide whether I should stop her,” the head judge later told local news. “But I felt she could do it as she was almost at her goal.” 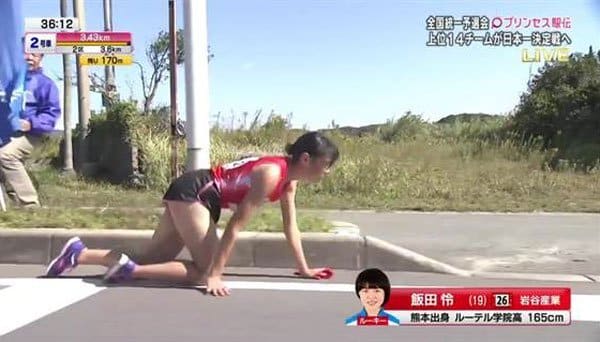 Rei was then taken to the hospital for treatment.

Reis team, Iwatani Co, said in a statement that what happened that day was “very regrettable.” They also noted that the race should have been more organized and that the team manager’s decisions should have been relayed quicker so the runners would know what to do.