Gene Purdie, a resident of Denver, Colorado, was born with Stargardt’s Disease. However, he was only formally diagnosed when he was 16 years old. Although he could see when he was younger, his eyesight has only steadily deteriorated as he got older.

A feature on the Foundation Fighting Blindness (FFB) website defines Stargardt’s Disease as “the most common form of inherited juvenile macular degeneration.”

FFB went on to explain:

“The progressive vision loss associated with Stargardt disease is caused by the death of photoreceptor cells in the central portion of the retina called the macula.”

The macula is responsible for sharp central vision. It processes images for tasks like reading, watching TV, and looking at faces.

Gene was born with Stargardt's Disease which got worse as he grew older. 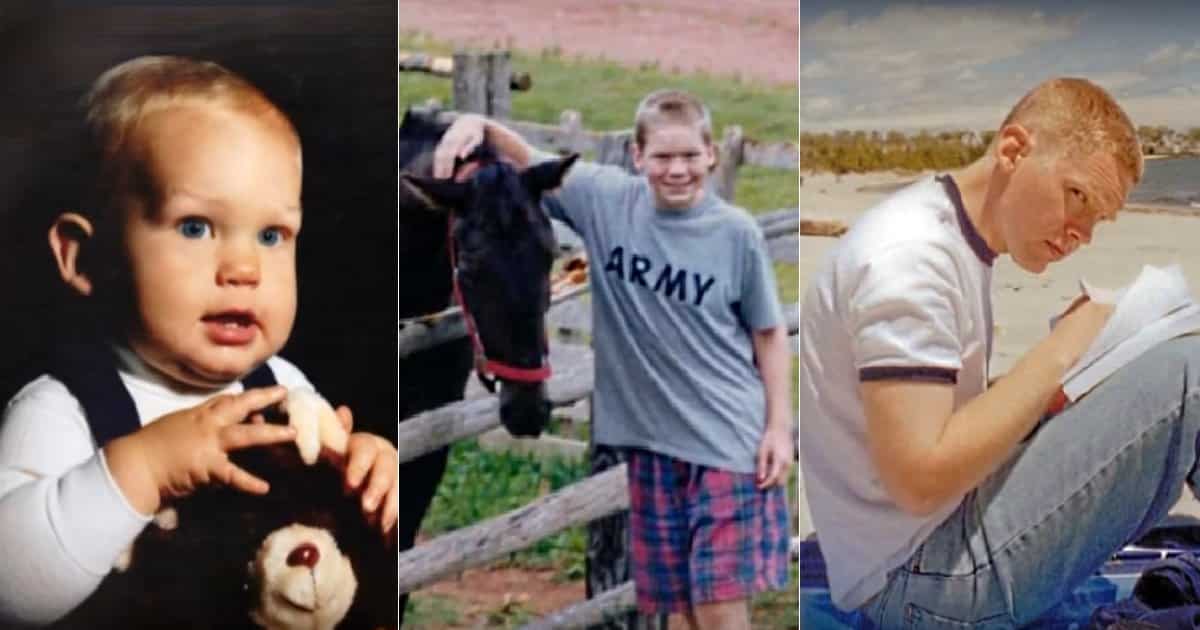 This means that Gene can only see faint images around the edges of whatever he looks at. Nevertheless, he learned to cope with his condition. In fact, he coped with it so well that many people couldn’t tell that his eyesight was deteriorating.

This is what the world looks like in Gene’s eyes. 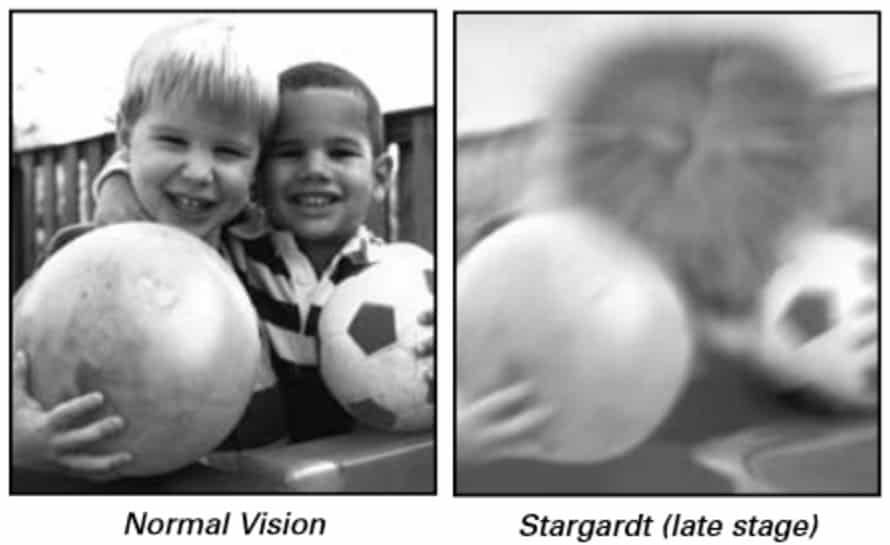 Gene met his wife, Joy, exactly 16 years after his Stargardt’s Disease diagnosis. By that time, Gene was already declared as legally blind. In fact, Joy relates that when she first saw Gene, she thought he didn’t like her. “I kept waving at him and he just kept passing by,” she recalled. 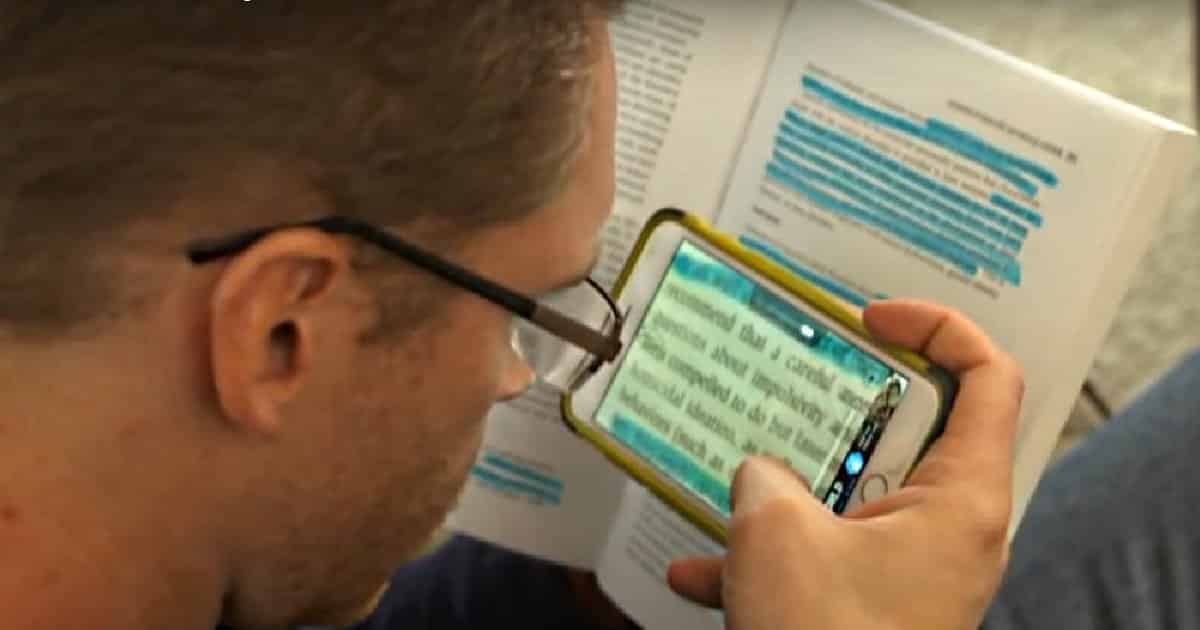 Nevertheless, the two fell in love and got married. They now have a baby son named Lincoln. But, in this sense, he has technically never really seen his wife or his baby son. That was why when The Rachael Ray Show — in collaboration with the company eSight — said they wanted to help people with Stargardt’s Disease, Joy immediately wrote to them about Gene.

Gene coped so well that it's easy to forget he's blind. 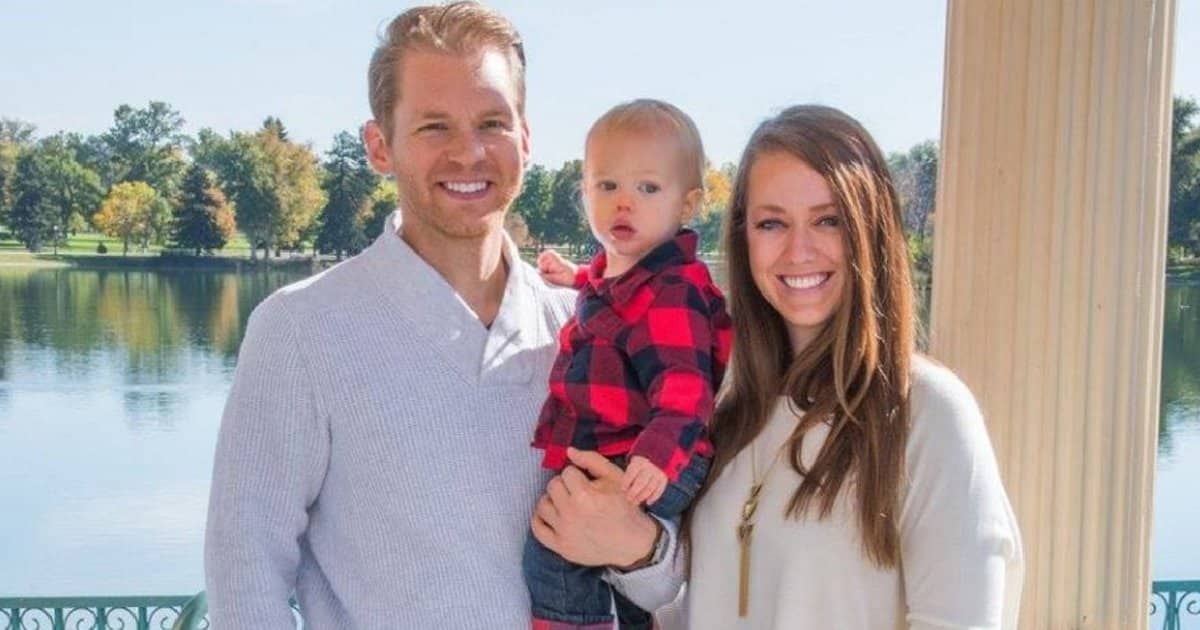 Fortunately for Gene, US TV personality Rachael Ray picked him to be part of a special segment on her show. It so happened that a representative from the company eSight was also there to demonstrate the capabilities of their revolutionary eyewear.

The eSight glasses — which looks more like a virtual reality headset — helps people with severe vision impairments to see things clearly. The device has uses HD camera technology to provide a customized image for the wearer.

Watch Gene’s reaction when he sees his wife and son for the first time.

We can’t get over Gene’s being overcome with emotion when he sees Joy and Lincoln for the first time. People were especially touched when he turned to Joy and simply blurted out, “She’s pretty!” Joy couldn’t help but cry tears of happiness. It wasn’t the compliment that really made her cry with happiness, it was seeing the man she loved finally experiencing something that many of us take for granted.

Gene’s other family members joined them on stage. 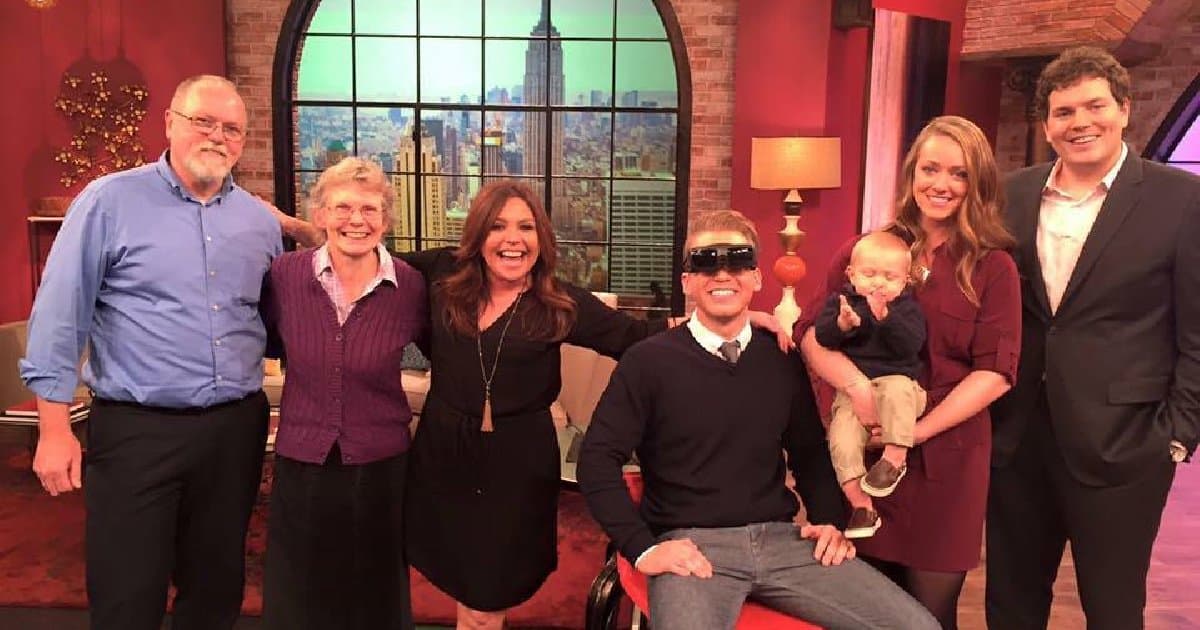 Gene and his family were even more overwhelmed when they learned that eSight was giving the special eyewear worth $15,000 to Gene. For the joy that it brings to him, it’s really priceless.

Joy tried to hold back her tears but couldn’t. 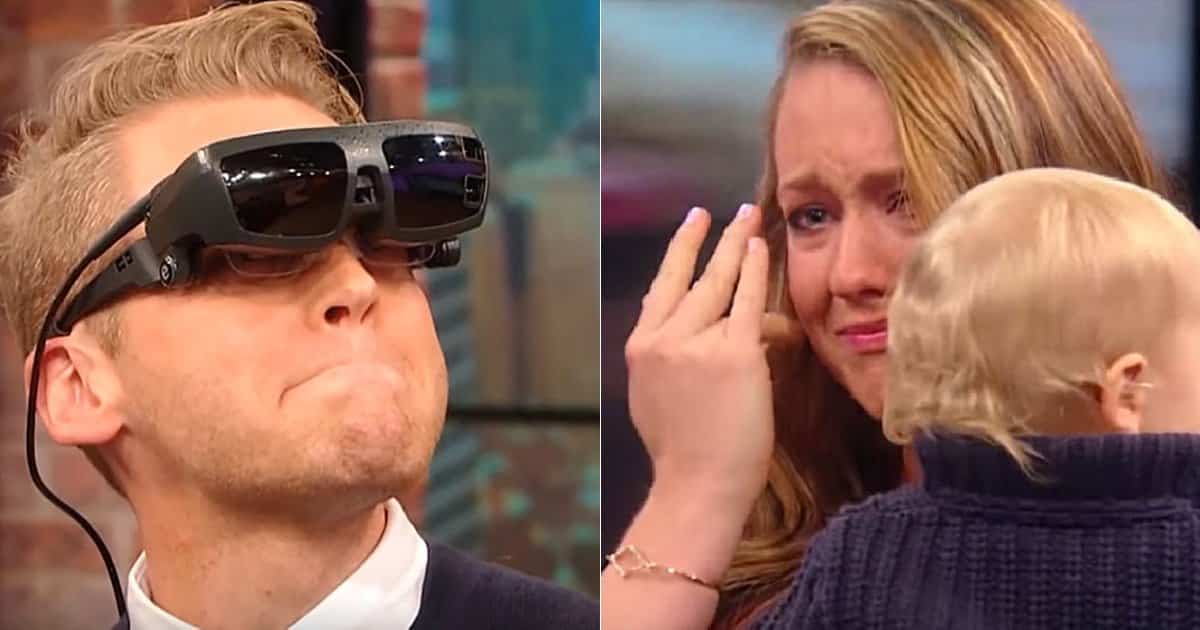 It’s during moments like this one that we truly appreciate the wonders of technology and its capacity to bring happiness to people facing physical challenges.