Progreso is a port city in Yucatan, Mexico and it boasts of the longest pier in the planet. Made of reinforced concrete, it is 6.5 kilometers extending out into the Gulf of Mexico. From another angle, the pier can pass as a bridge because of its length. Unlike most piers, Progreso is unusually long to allow large cargo ships to dock in the area since the Yucatan coast is pretty shallow. The passengers disembark at the far end and just take a shuttle or a taxi to town.

Progreso Port as photographed by NASA. 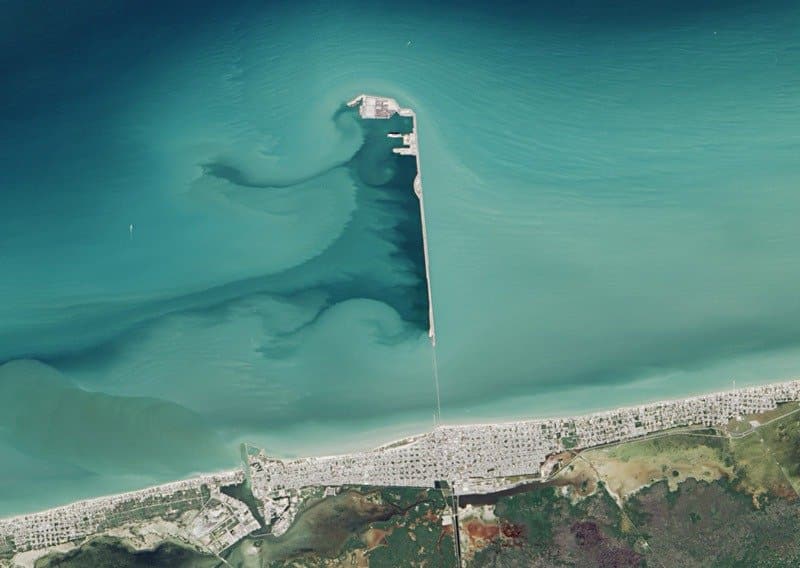 The port looks like a long bridge when viewed from above.

Constructed between the years 1937 and 1941, the pier was originally 2,100 meters long and was built to replace a wooden pier made in the beginning of the last century. An additional 4,000 meters was added in 1988 to the original to increase the cargo and container vessels handling capacity of the pier which was very much needed.

The port at daytime. 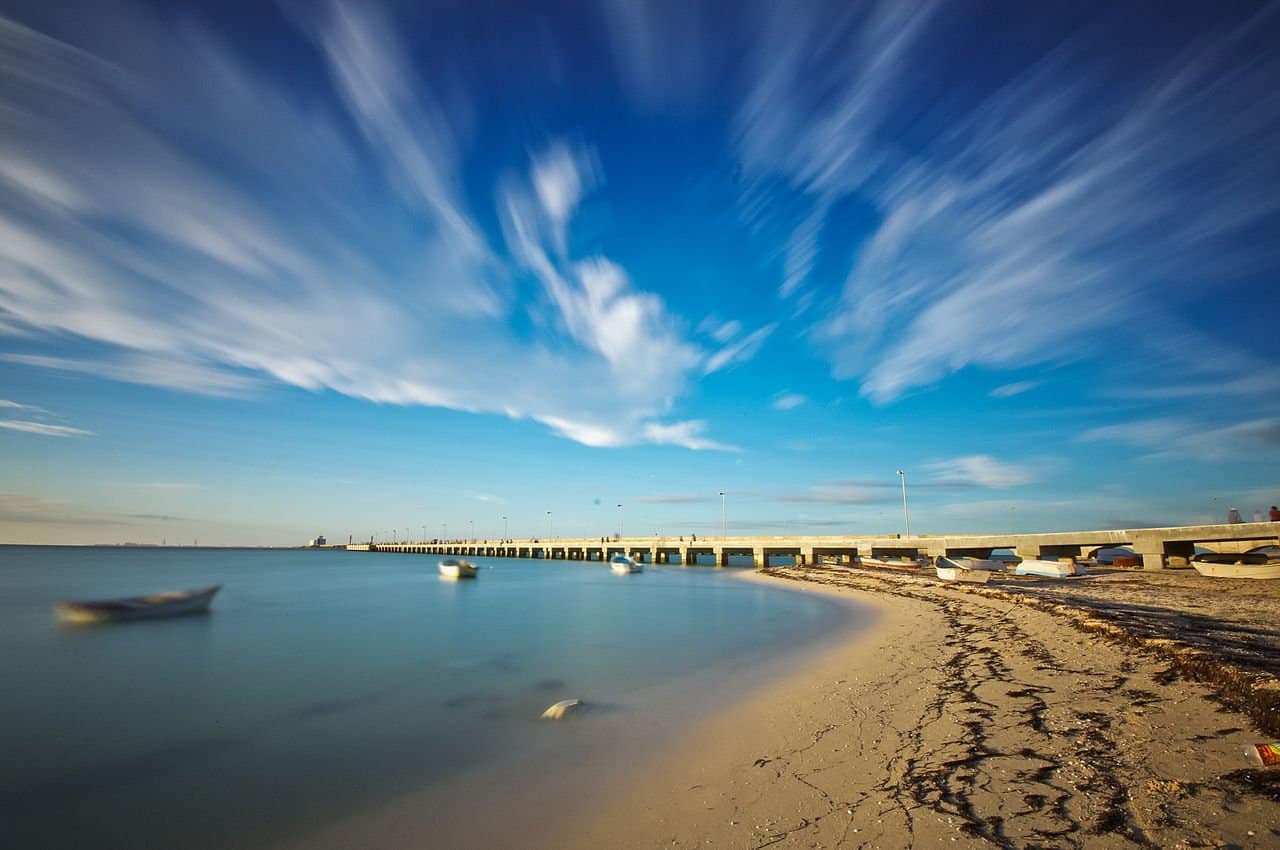 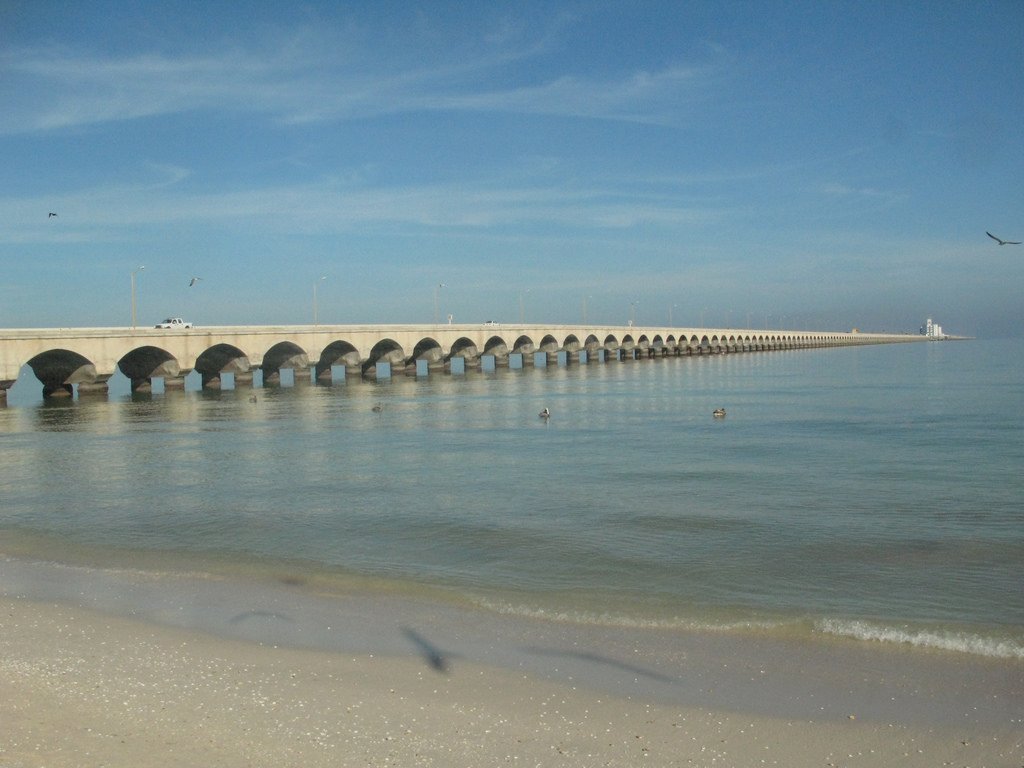 The longest pier is also the very first concrete structure that was built using nickel-containing stainless steel reinforcement. To us normal people, it sounds gibberish but to those in the engineering industry it is poor grade so to have a pier that can stay that long is beyond astonishing. It has continued to “serve” people for over 70 years without having any major repairs done to it.

It's a busy day at the port. 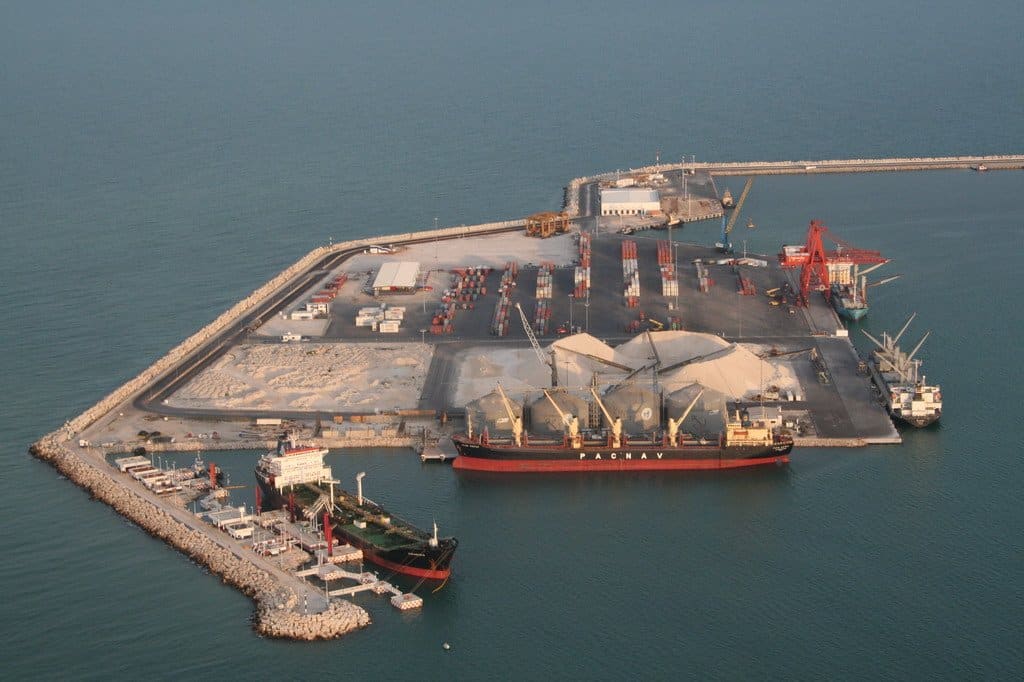 Several structural engineers have made Progreso Pier as a teaching example of the importance of the choice of rebar material as well as the consequences of using different materials during construction. A nearby pier that is 200 meters away, and just 20 years newer, is heavily deteriorated and in dire need of major reconstruction. This pier made use of carbon steel rebar as its material.

The pier is 6.5km long, allowing cargo and cruise ships to dock in Yucatan…. 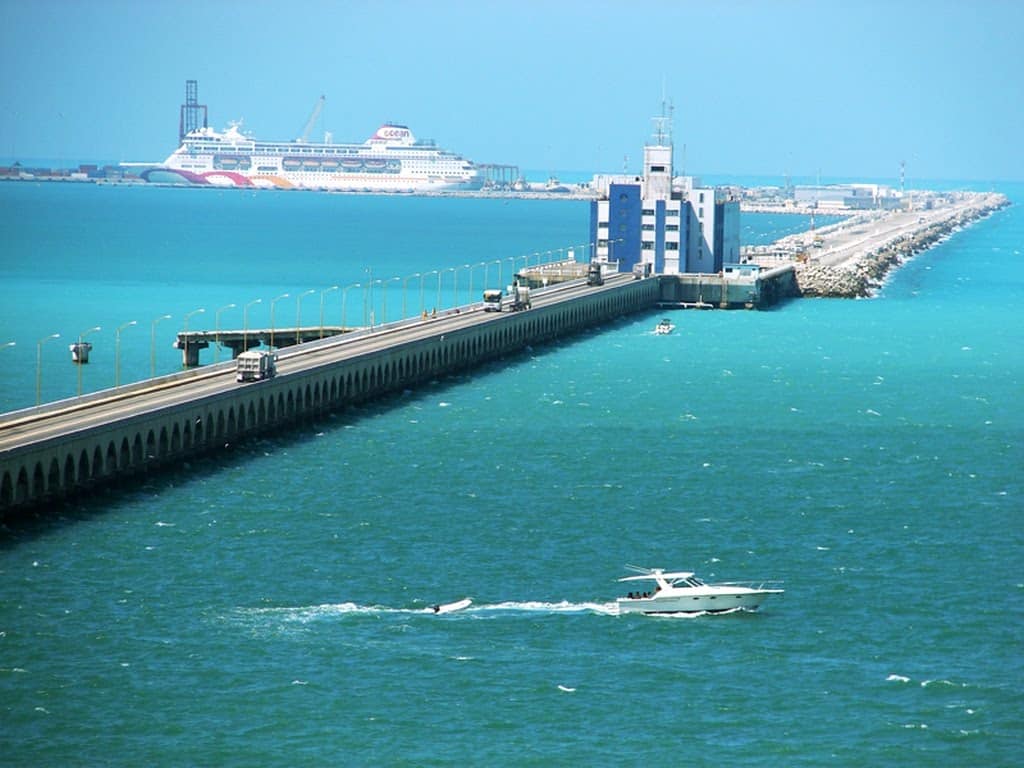 Even if it may seem like it’s still in the middle of the sea. 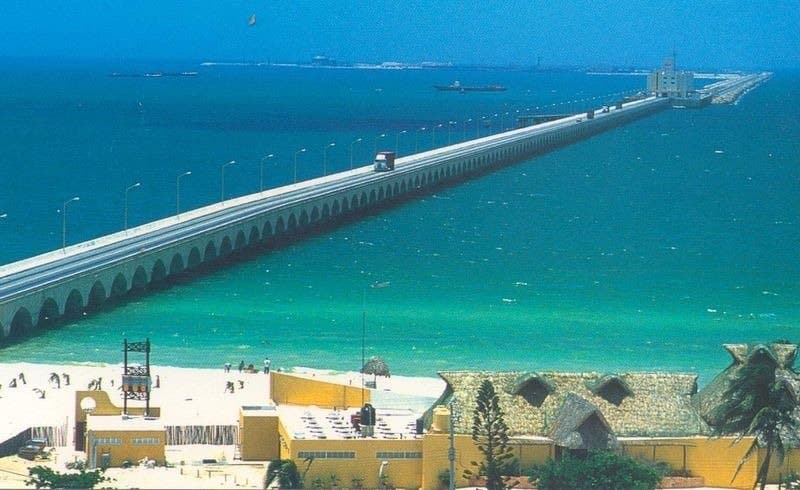 If you’re planning to travel to Mexico anytime soon, include the Porogreso Port in your itinerary. 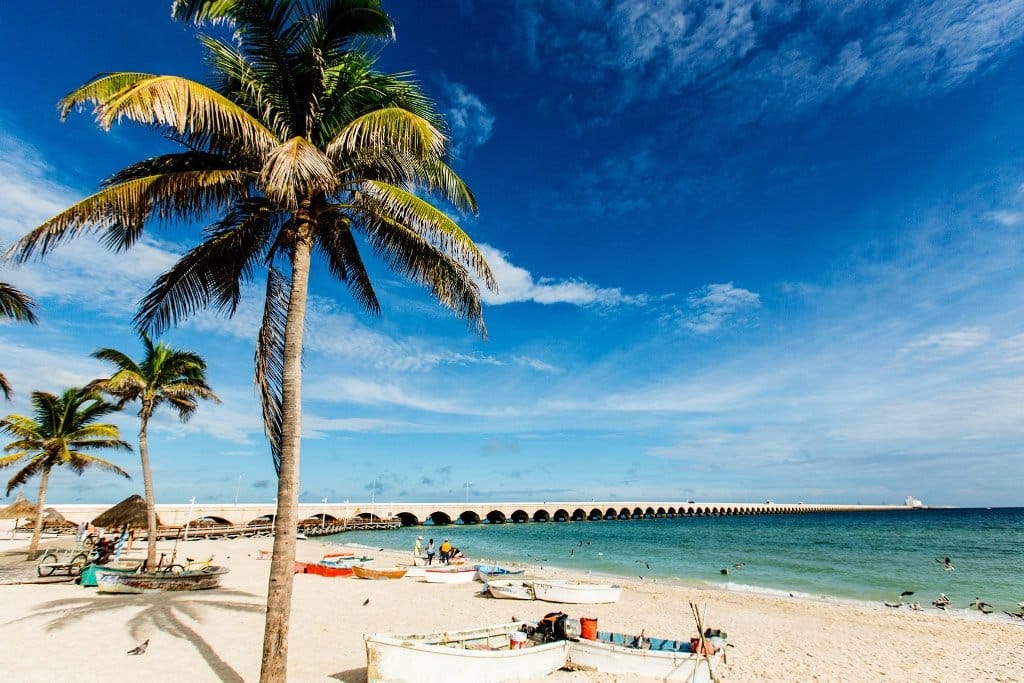