Like a scene from a surreal fantasy movie, tens of thousands of clams and wasted shells have washed up on the shore of Qingdao City in east China’s Shandong Province. According to the locals, this happens during the high tide when a lot of clams and shells get pushed ashore in the Dawan fishing port.

The Dawan fishing port has every inch of land covered in clam shells! 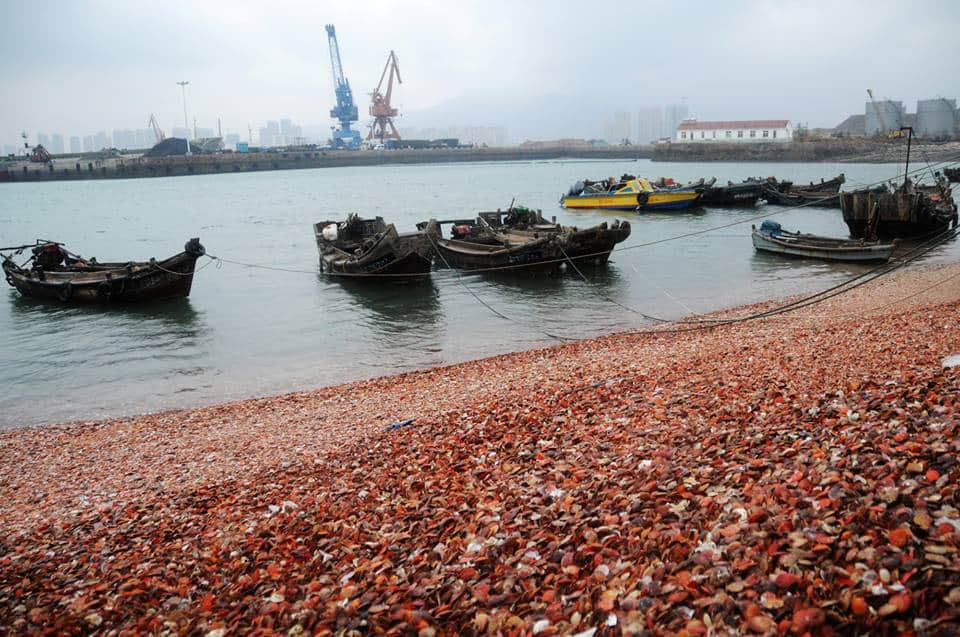 The long stretch of beach in Shandong were once used a private clam farms until the government opened about 4 kilometers of the coastline to public access about two years ago. When locals heard of the news, residents, fish farmers, and even merchants came in droves to the beach to dig up the clams lying in the shellfish beds.

When locals learned that the beach became open to the public, they came in to get their hands on fresh clams. 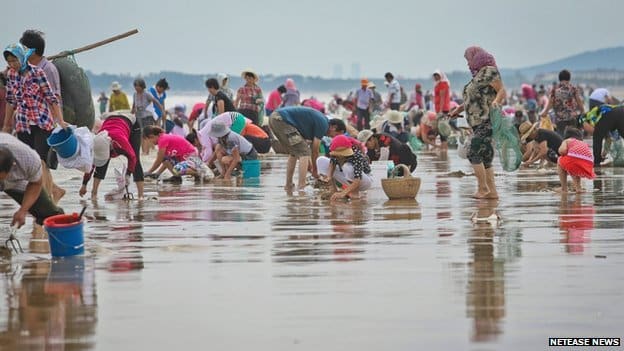 Shandong is a province of 96 million people. Of the thirteen million tons of Chinese marine aquaculture produced, about 70% is produced in Shandong. And there are four reasons behind this.

These clam shell wastes were brought about by the huge marine aquaculture produced in the province of Shandong. 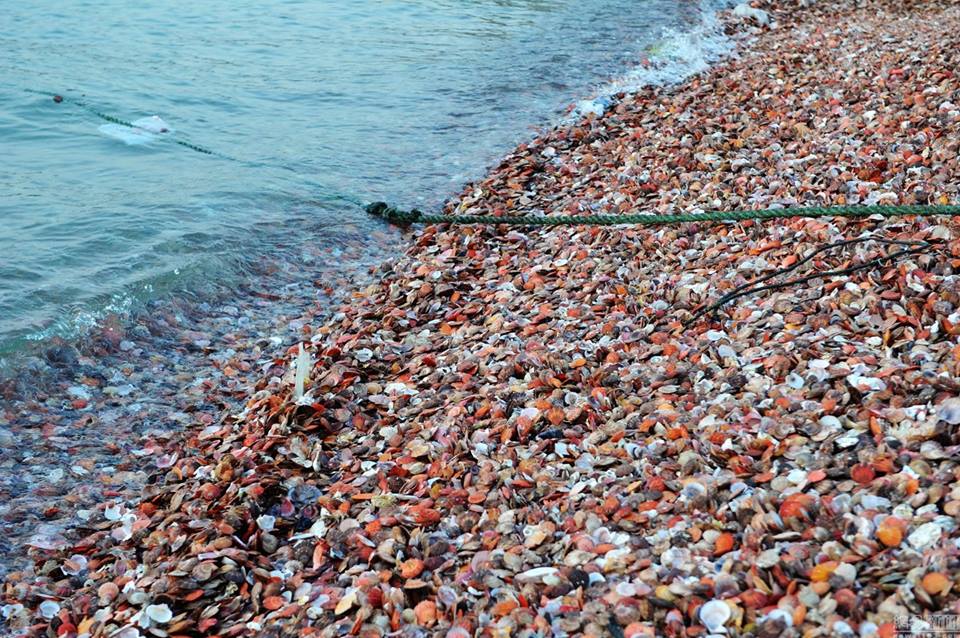 One, Shandong province is rich in tidal bays filled with micronutrients favored by shellfish and kelp beds raised along with the shellfish. Two, China and the rest of the world have a huge appetite for shellfish, driving up the prices and providing enough money for fishermen. Three, the Chinese marine production techniques respect the natural capacity of the coastal bays, thus keeping the number of shellfish in accordance with what’s natural. Lastly, these coastal bays aren’t the recipient of sewage and industrial wastes, thus making the harvests safe to consume.

Shandong's clams are renowned all over the world, but not many are aware of the waste they leave behind. 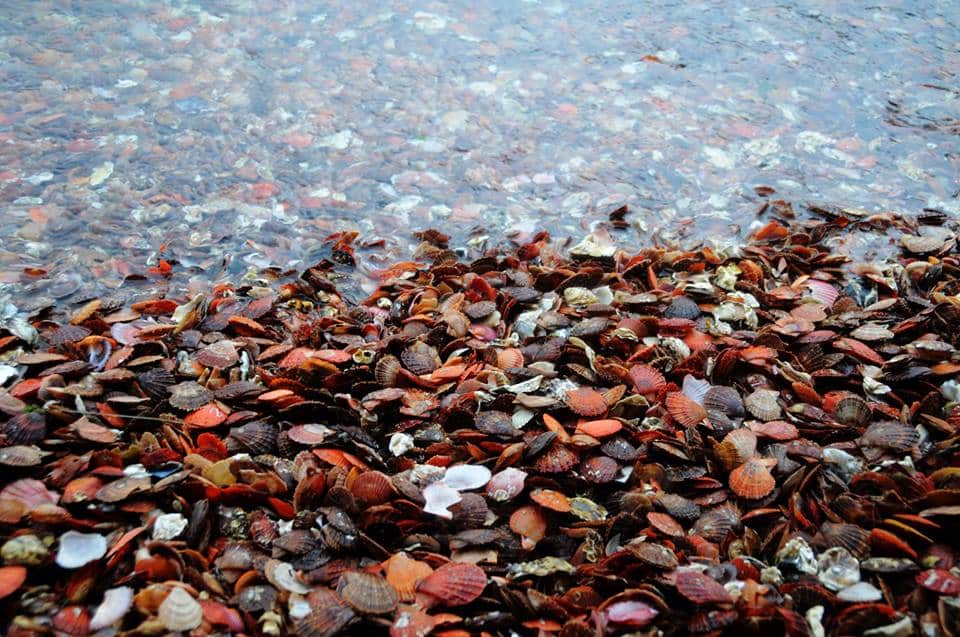 Many netizens, upon learning of this huge deposit of shells in Qingdao, have raised concerns about the fact that they’ll take very long to break down. However, the more optimistic netizens have suggested uses for these shells such as in art projects or in road works since crushed clam shells are sometimes used in place of gravel.