Being a pet owner is serious business. It entails a lot of responsibilities and sometimes sacrifices. When traveling, for example, you can choose to leave your pet at home or in someone else’s care, or you can find pet-friendly places and bring them along. This should be easy with your feline friend or your canine buddy, but what if your pet is a horse?

One woman named Lindsey Partridge was checking into the Super 8 motel in Georgetown, Kentucky when she overheard that a guest had a pet dog with her. Realizing the place was pet-friendly, she decided to test its limits.

Partridge was on her way to compete in the Retired Racehorse Project’s Thoroughbred Makeover competition when she stopped by the motel. 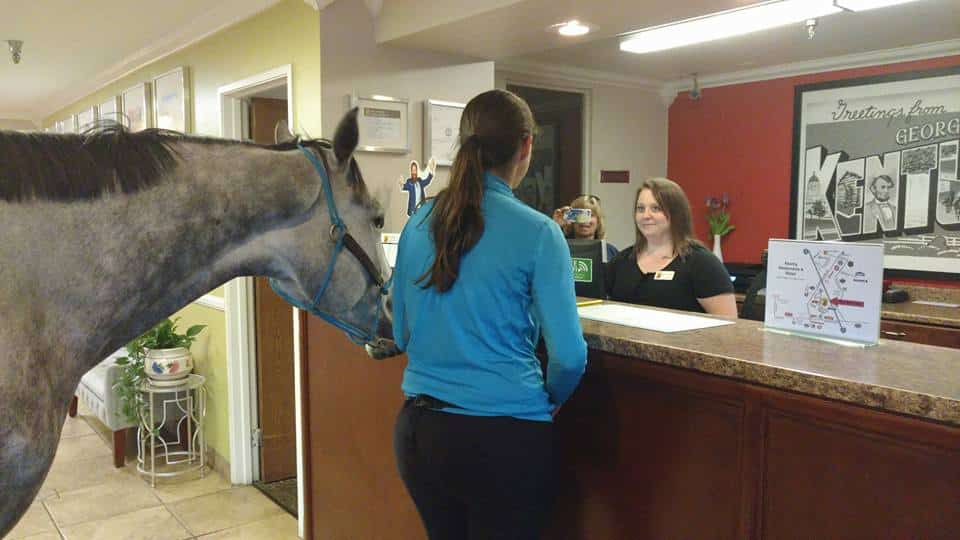 While checking in, Partridge asked the staff if she could bring her horse inside the motel, and like the pet-friendly establishment that they are, Super 8 agreed. Patridge then went to her trailer in the parking lot and brought her horse named Blizz (who used to race as Here Comes Adri) inside the motel.

The motel staff played along and even took photos and videos of Partridge and Blizz checking in and watching television. 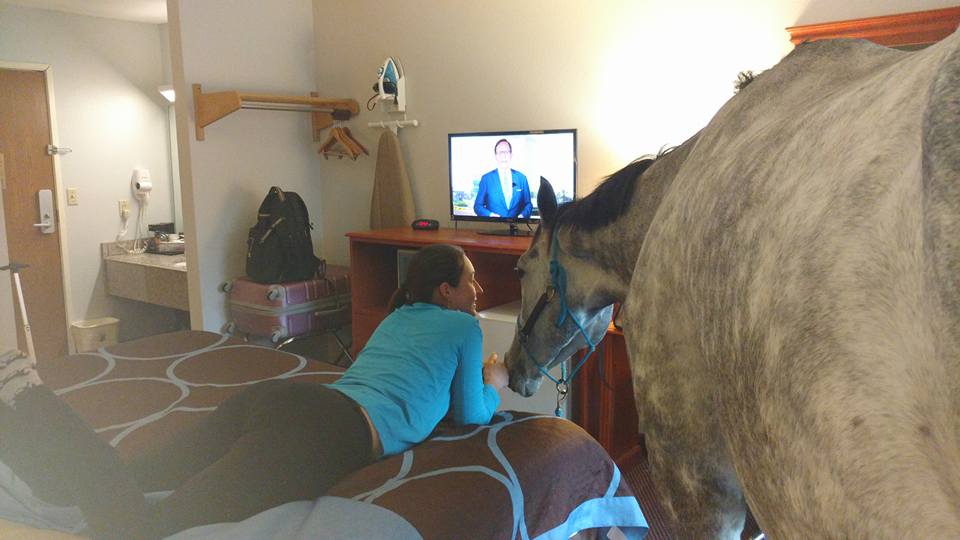 “So I arrived in KY and checked in. Blizz (Here Comes Adri) likes the room. Only a $10 pet charge!”

After the short relaxation in the motel, Partridge took Blizz and her two other horses to the Kentucky Horse Park. 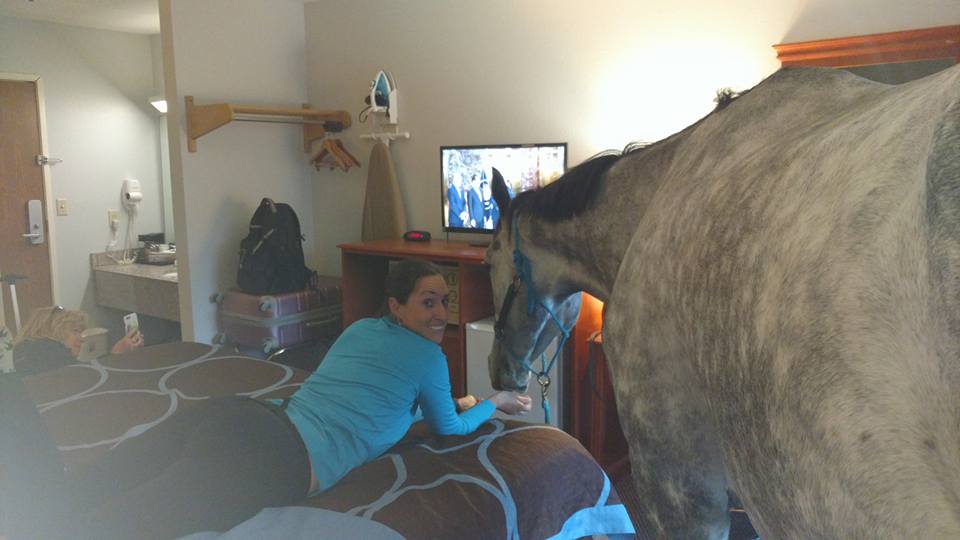 Blizz ended up placing third in the competition’s trail division, while Partridge’s other two horses took first and second place in the same division. Partridge, who has been known as Canada’s Horse Whisperer, runs a training program called Harmony Horsemanship. She told Kentucky.com:

“[Racehorses are] often stereotyped for being crazy and hotheaded and unruly. It’s a positive reinforcement training program. It’s all about getting a calm connection first. If you have a calm connection, you can take your horse anywhere.”