Frances Baena is a guy who is affiliated with a non-government organization called Canada for Negros. In the course of doing projects in the rural village in the province of Negros Oriental in the Philippines, he encountered a poor old man whose devotion to his family was truly inspiring.

Frances and his companions encountered the old man in a village called Tiguid Ayungon in Negros Oriental, a province located in the Visayas region. Visayas happens to be one of the three main islands of the Philippines.

Frances recalled that the old man was known to some residents in the village as “Tatay Arunting.” “Tatay” is a word that means “father” in Filipino. When they asked the old man his age, he told them that he already forgot.

Tatay Arunting lived away from the center of the village. His home was actually up in the mountains. It turns out that it took him 30 minutes just to go down from the elevated area. Then, he had to walk for several miles to the center of the village, where he often begged for food or anything that people could spare. Then, Tatay Arunting would have to make the long journey back home. Again, he had to trek back up the mountain to get to his house.

It's a tough journey for the old man. 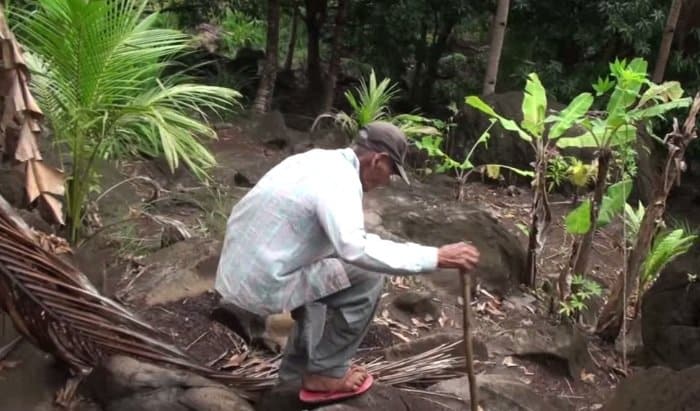 Frances was further touched when he found out why Tatay Arunting was committed to making the challenging journey everyday. It turns out that he had two disabled adult daughters living at home. Since his wife had already died, he was their only caregiver. 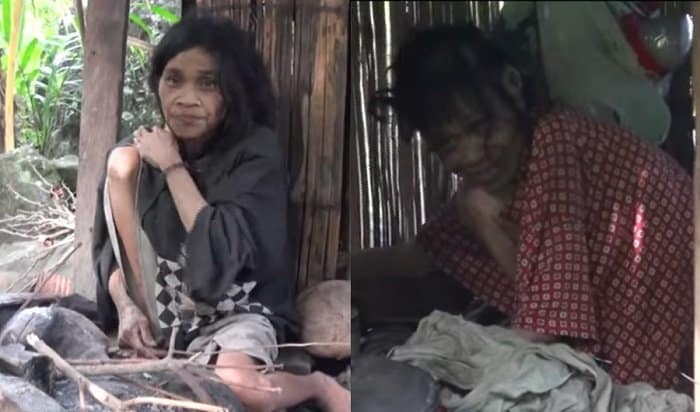 Frances decided to accompany Tatay Arunting back to his humble abode. What he saw really made him feel determined to help out the old man who was so devoted to his daughters. He called members of Canada for Negros and other Good Samaritans to help improve Tatay Arunting’s situation.

Soon after Frances uploaded his videos of Tatay Arunting and his daughters, help — both in cash and in kind — poured in for them.

According to a report by Definite Filipino, a house located closer to the center of the village was built for the family. There were also people who volunteered to carry Tatay Arunting’s daughters from their home so they could seek medical treatment.