Less is more — that is the concept of conceptual hoteliers and twins Frank and Patrik Riklin for Null Stern Hotel.

The bizarre luxury hotel is located in Switzerland and it gives the guest a panoramic view of the place 6,463 feet above sea level in the mountains of Graubünden.

The said hotel has only a bed and tables on the side , it has no roof and no walls. The twins, along with their business partner, were the brainchild behind this bizarre idea and innovation in the world of luxury living and hotels.

This is the Null Stern Hotel. 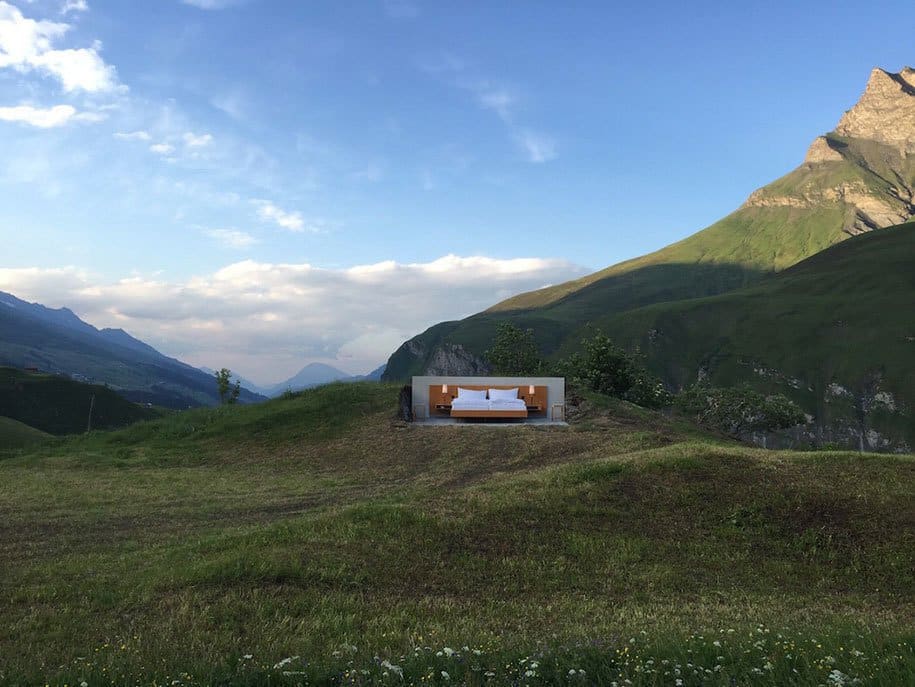 No, this is not photoshopped. This scene is not for a movie. It is not a joke and yes, you are seeing right.

The name Null Stern translates as ‘no stars’.This does not refer to the classification of the place. It would seem odd why that was the chosen name for the place but their slogan will enlighten it for us — ‘Null Stern Hotel – where the only star is you’. 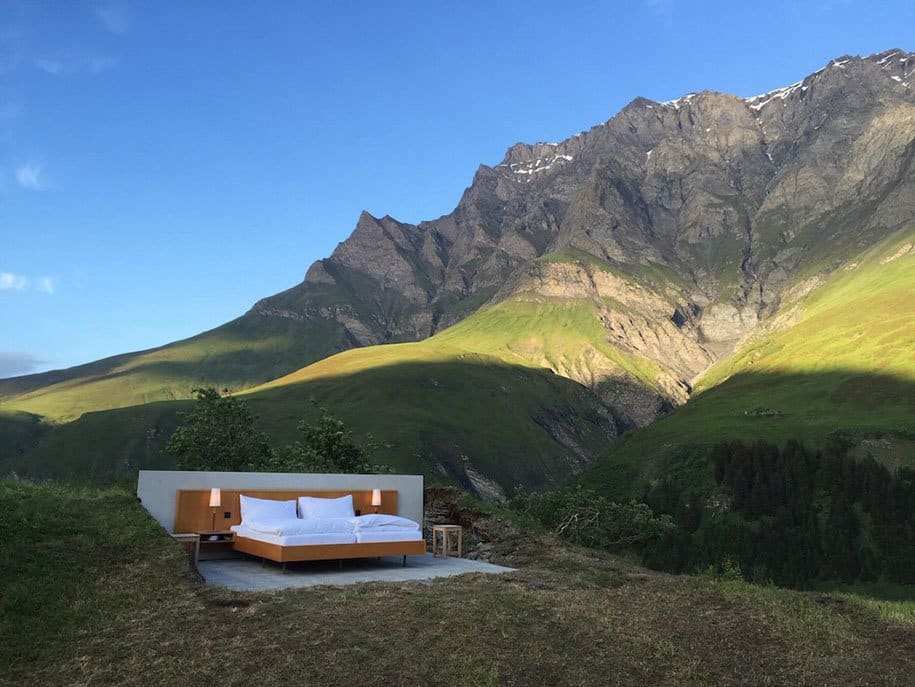 The Null Stern Hotel is the epitome of minimalistic – no walls, door and roof – it only is made up of a cosy double bed and a couple of nightstands with lamps. As for the bathroom? It is a 10-minute walk from the bed.

For $253 a night, you get your own butler to welcome you with a drink or two of Röteli, slices of cured pork saucisson and a breakfast basket — and don’t forget the breathtaking view of the stars at night. 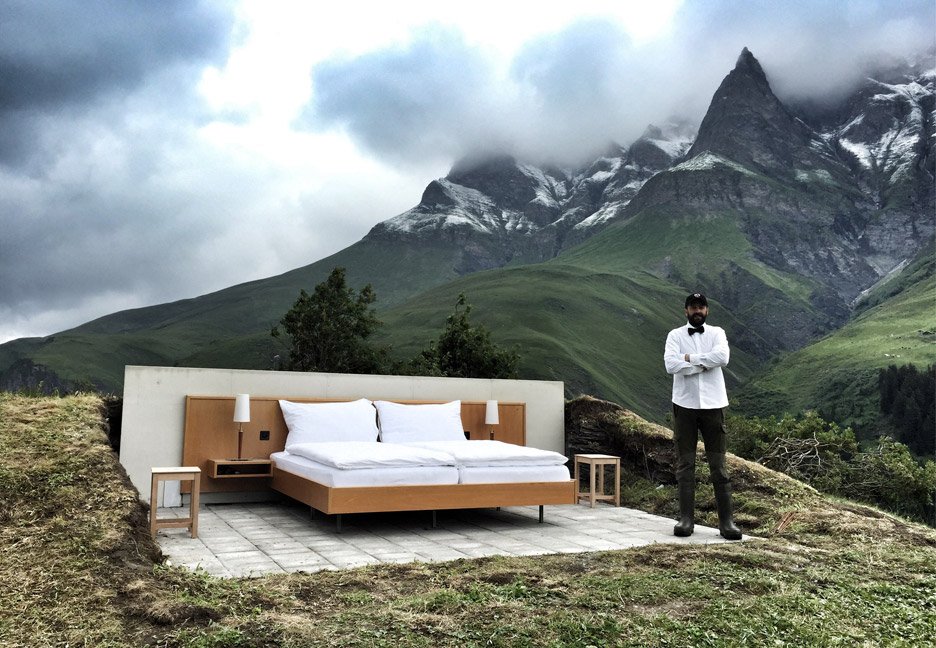 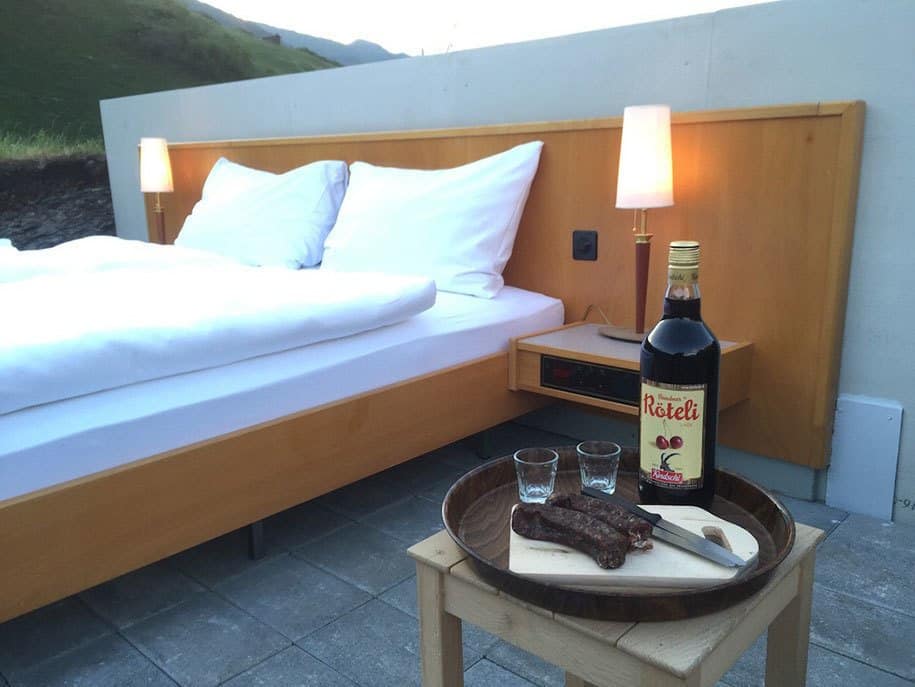 The original Null Stern Hotel used to be an underground nuclear bunker, it operated for a year from 2009 to 2010 with the help of their business partner Daniel Charbonnier.

Its aim is ‘ to put the guest at the center of the experience and to focus on the intangible by reducing everything else to the minimum’. After all, there is truly much limit in an enclosed room — just imagine waking up to the marvelous view of the mountains and getting to go to bed with the stars above you. 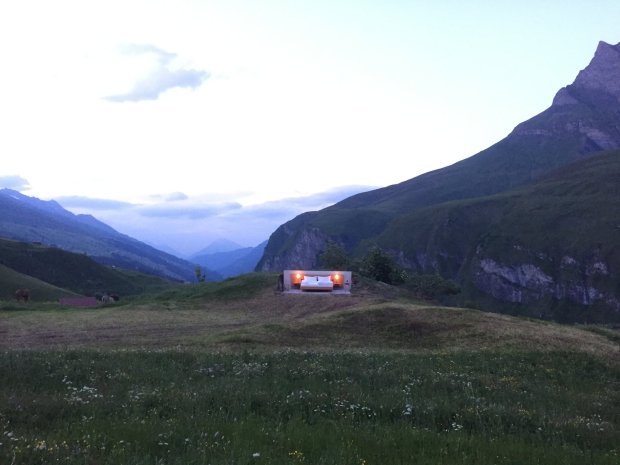 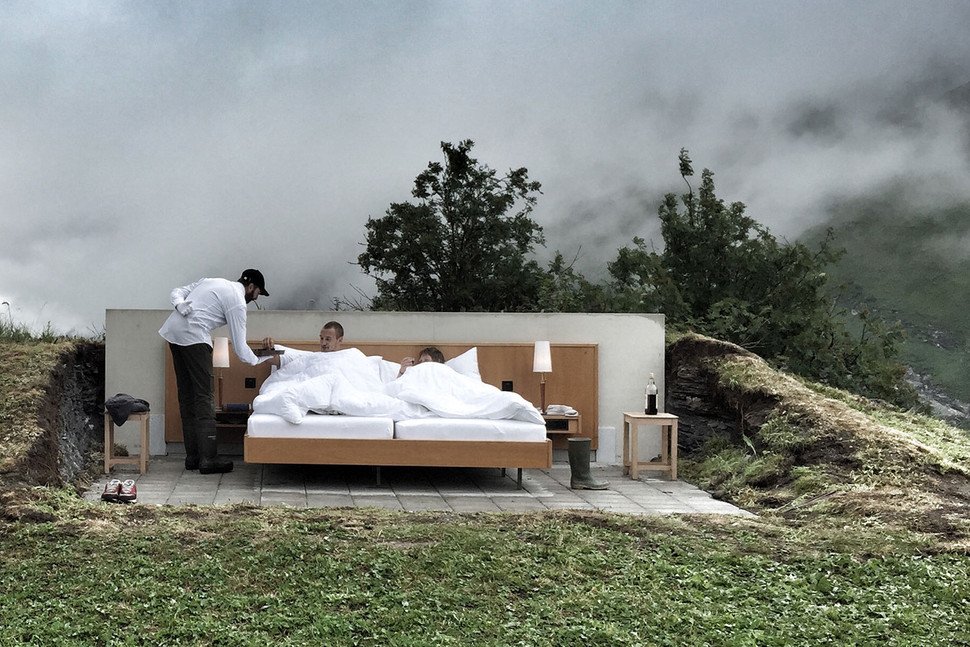 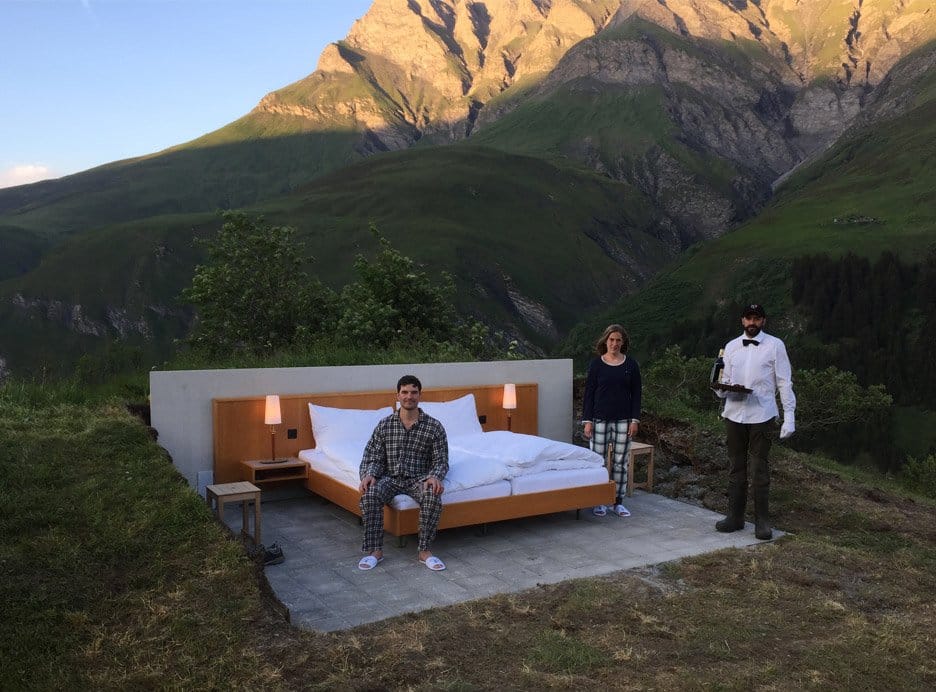 The open-air hotel is not strict about cancellations especially when the weather turns bad between the seasons.

The Null Stern Hotel was nominated at the Worldwide Hospitality Awards 2009 for the best innovation of the year.

If you are the kind of person who considers sleeping under the stars in an open-air room a dream then you would love this place, on the other hand, if you are not, then you would just think and see this as another crazy idea. 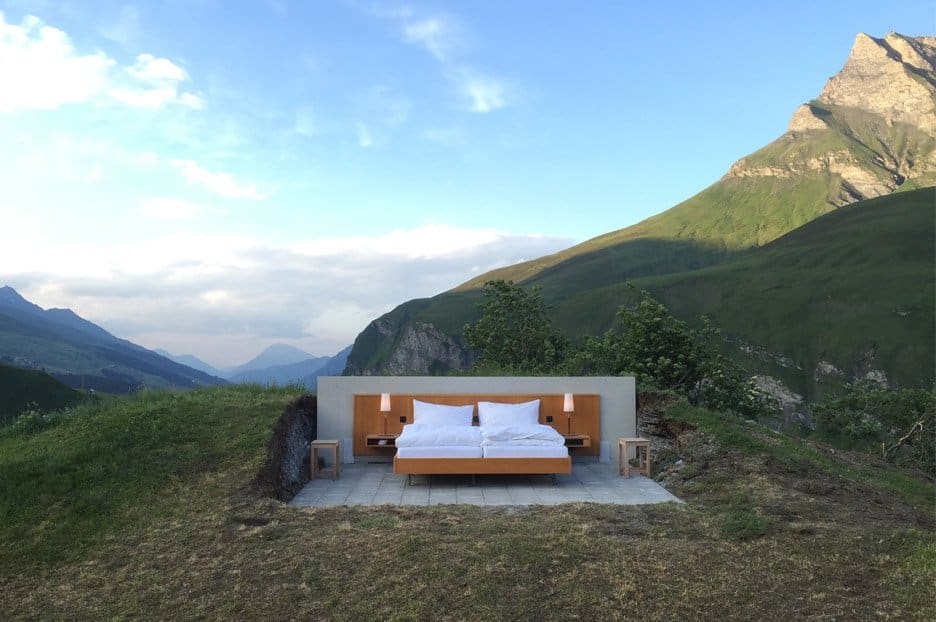