Everybody loves food. It’s no surprise that lately, there are numerous TV shows that are centered on it. Every day, top chefs create and share new mouth-watering recipes, and notable food critics rate and suggest places where we can have the best dining experience. While most of us experiment on our own dishes at home or religiously watch cooking shows to learn a new technique for a common cuisine, some people travel to distant places just to taste various exotic foods.

Every country has one or two sumptuous delicacies to offer; however, these dishes are not as appetizing and appealing for some. I know most of us are curious to try new tastes and flavors. But would you dare eat these 10 delicacies that most people find shockingly revolting?

Warning: Some individuals may find this article not only disgusting but cruel. 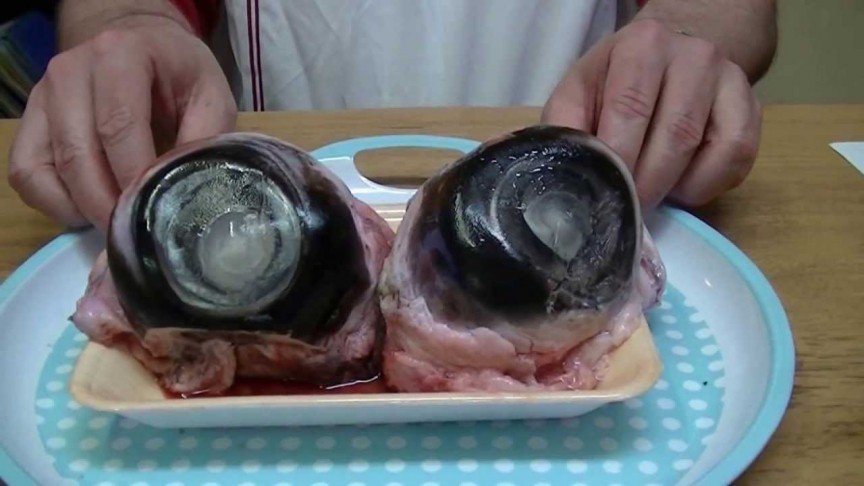 Giant stewed eyeballs are regarded as a delicacy by people with “rare tastes” in Japan. Some people find this a delectable meal especially once they are able to savor the part of the eye that becomes jellied after being stewed for hours. They do not eat the eye sockets and the pupils though. 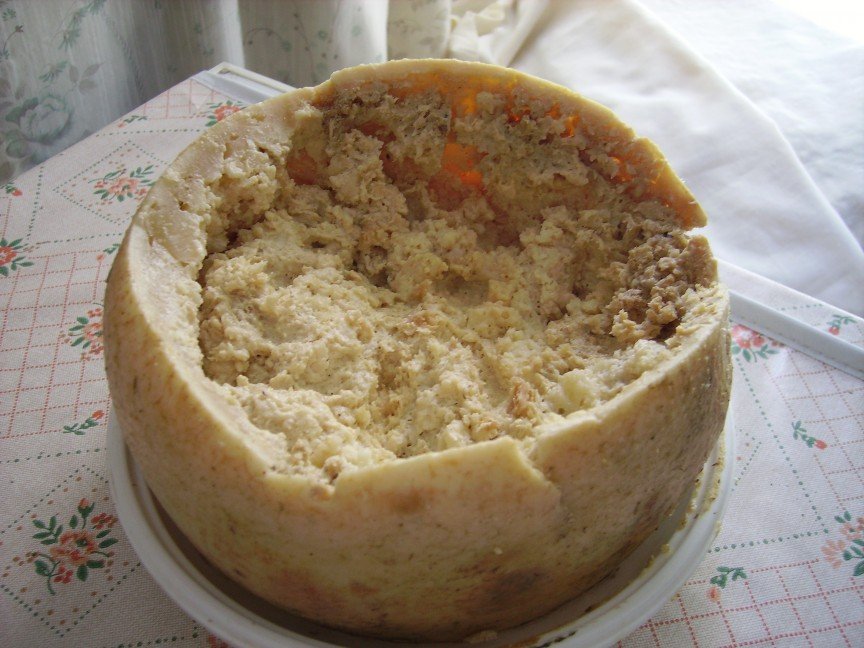 Otherwise known as “maggot cheese”, this delicacy from Sardinia, Italy is made from goat’s milk much like pecorino. Sardinians cut a hole in the middle of the cheese and then they take it outdoors to allow flies to lay eggs on it. The eggs will eventually develop into maggots which will eat the cheese. These maggots would then secrete digested fats, sugars, and proteins which contribute to its fermentation.

Sardinians believe that the cheese should only be eaten while the maggots are still alive. However, consuming casu marzu can be quite challenging as the maggots tend to jump as high as six inches when they’re disturbed. 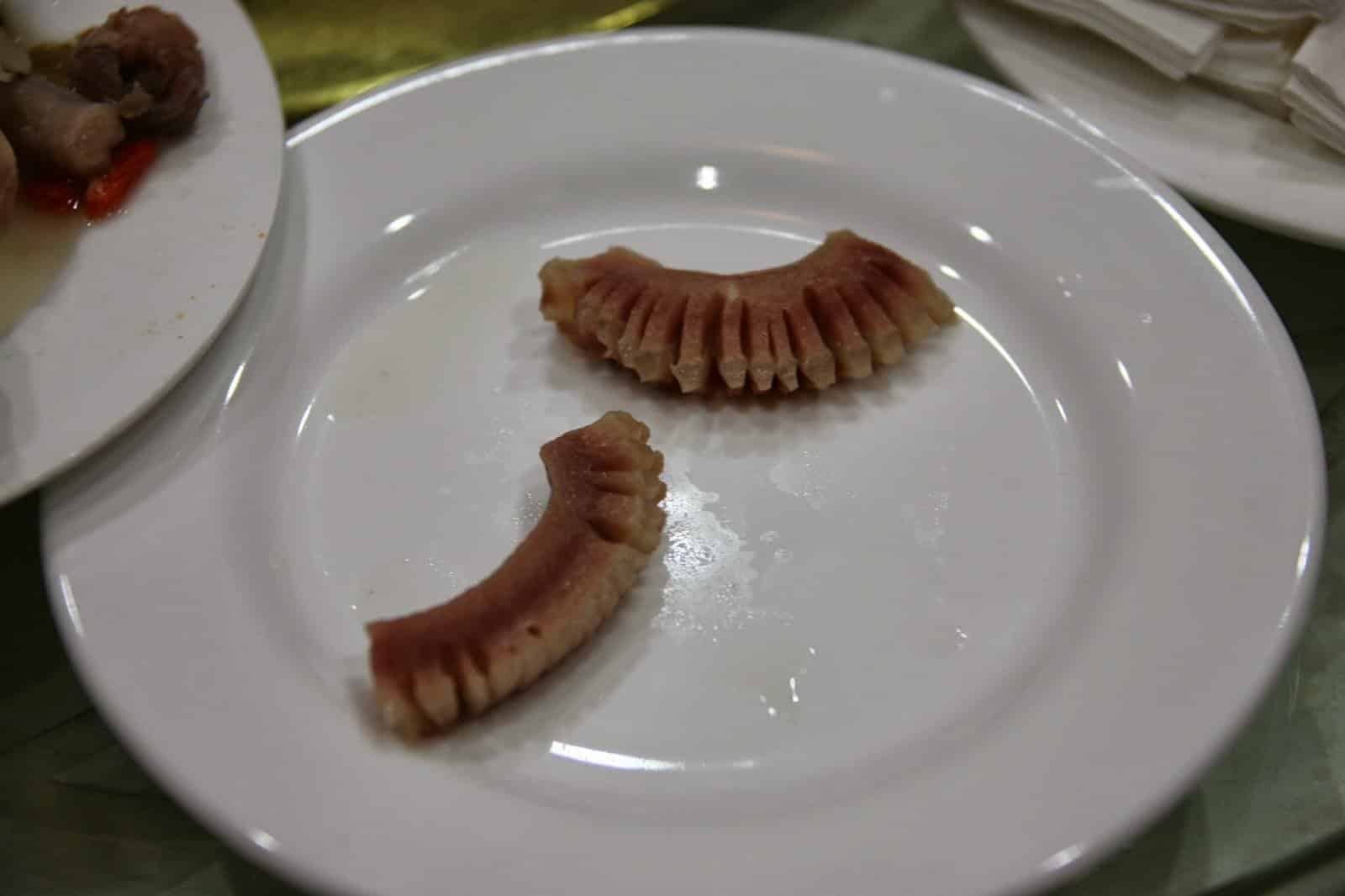 For thousands of years, animal reproductive organs such as deer penises are a well-known delicacy in China, particularly in Guolizhuang Resturant in Beijing. They simply believe that these can cure an individual’s kidney and erectile problems. They also think that a deer’s heart and blood can safely cure erectile dysfunction within 30 minutes. 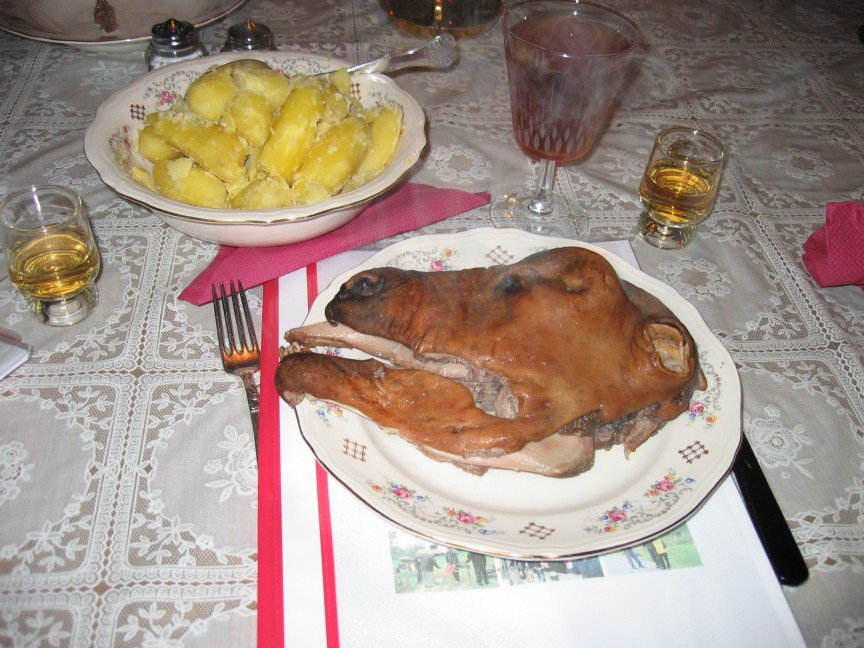 Apparently, a sheep’s head makes for a delicious stew and the best parts are the animal’s chewy eyes and ears. This delicacy is prepared by removing the animal’s brain and flesh first. Then they dice the meat and add spices before they cook it. 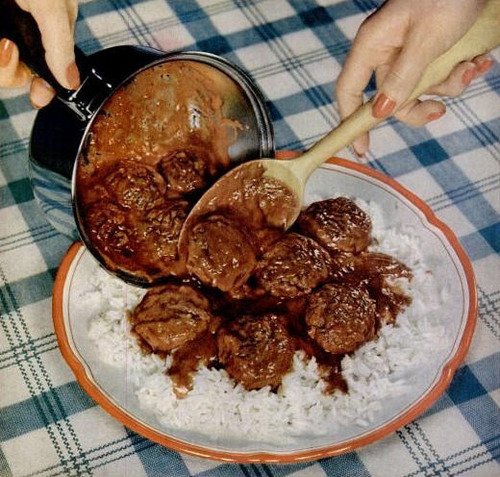 This was considered a regional delicacy until doctors discovered that some squirrel brains were infected with a variant of mad cow disease. 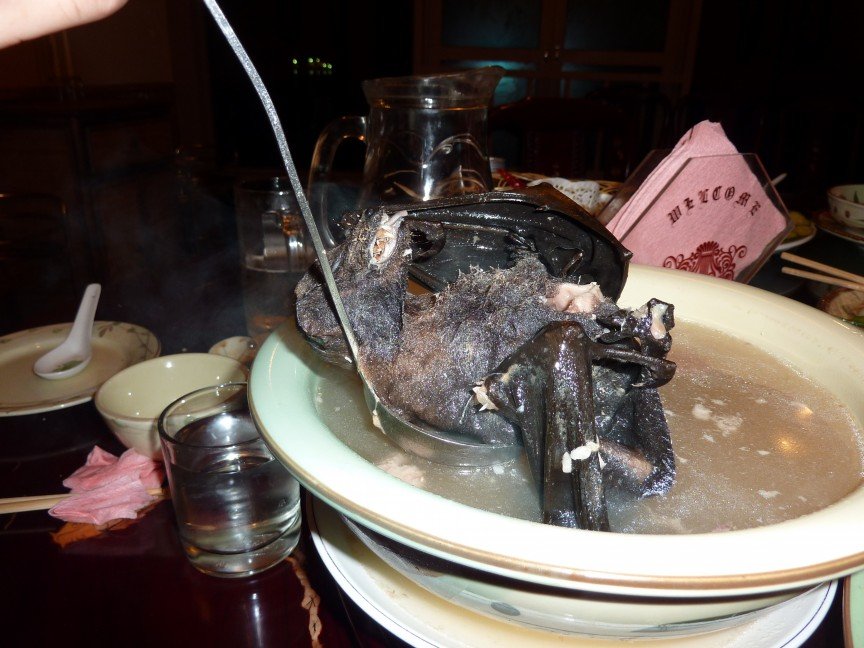 Yes, bats are considered a great delicacy in Thailand despite the fact that some of these creatures often have rabies. To prepare this exotic cuisine: catch a live bat and then dunk the poor animal in boiling milk. Let it simmer until the bat becomes soft enough to mash into a paste. Add herbs and spices to the mix and there you have it! 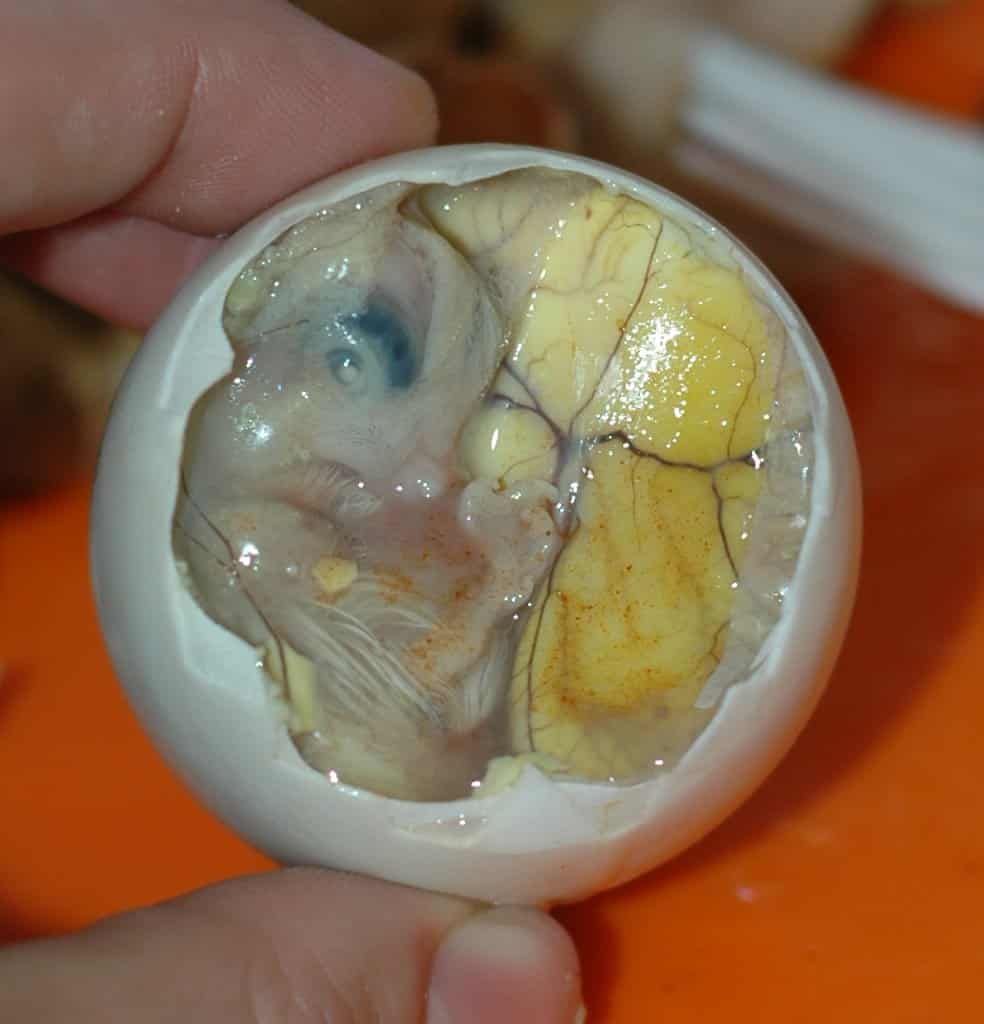 This delicacy is a soft boiled fetal duck between 16 and 20 days old to be more specific. Hot vit lon is also a common delicacy in China, Cambodia, Laos, and in the Philippines where it is called “Balut”. 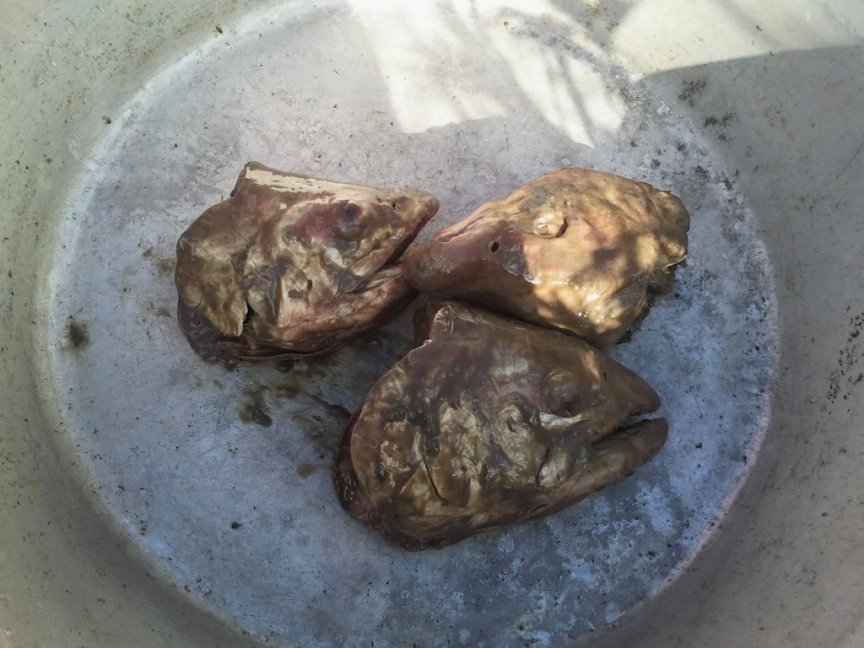 Stinkheads are just fish heads that were left in the ground for weeks. Actually, they just place the head of the fish and its innards inside a barrel or a plastic bag. Then they’d bury it and wait until it has thoroughly fermented. The Yupik people commonly use king salmon for this particular delicacy. 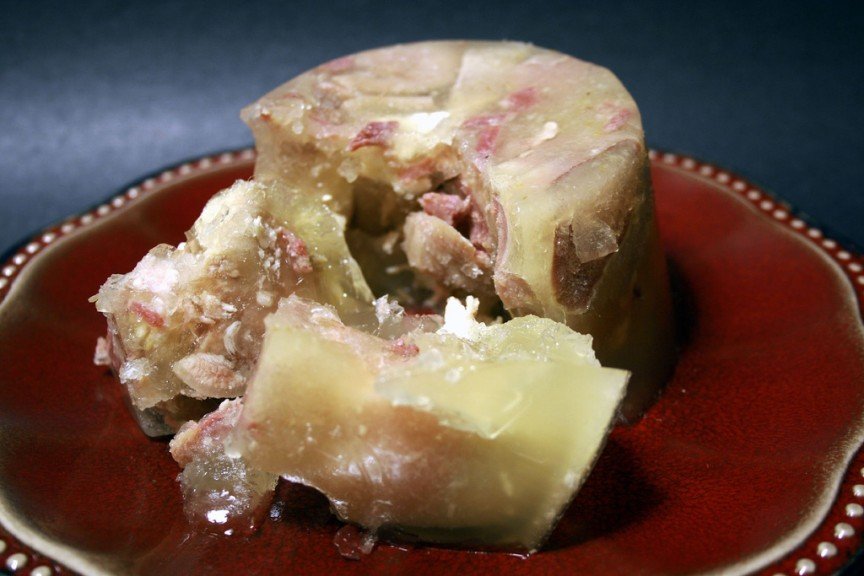 Hunters often present moose noses as gifts to their elders. This delicacy, which the First Nation peoples’ consider a “choice food”, is quite easy to prepare. First, they build a fire and let the moose’s nose rotate for at least a minute to singe all of its hair. Then they cut off all the remaining hair and skin. They can simply slice it and season the dish with salt and pepper or they can make a stew out of it. 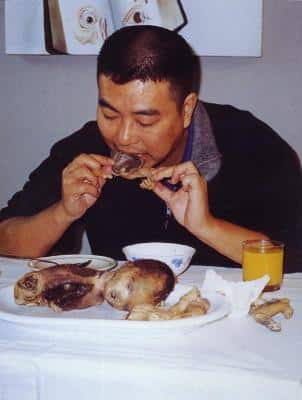 Some people claim that human fetuses are considered a delicacy in China. Some corrupt medical staff also sell aborted fetuses and still born babies which will be dried, crushed, and placed into capsules with herbs. Shocking indeed, but true.