Hurricane Irma’s wrath was felt by the residents in the Carribean and Florida. In fact, Miami’s once busy streets changed into a ghost town with flood waters everywhere, making the central business district look like an ocean.

Miami’s Brickell district, which is dubbed as the “Wall Street of the South”, was once filled with people from all walks of life – students, bankers, entrepreneurs, and employees. 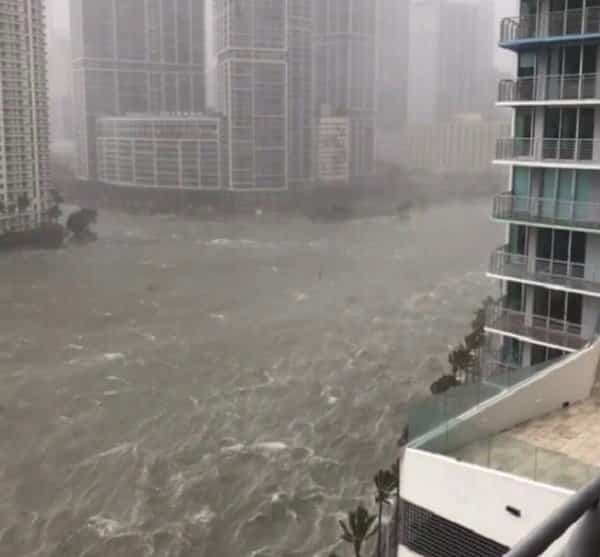 Luxury seafront apartments and global banking firms were once the infrastructures people will immediately notice in this area. However, Hurricane Irma battered Miami and this place turned into an ocean of flood waters.

RT reported that one of its correspondents, Marina Portnaya captured photos of how the financial district turned into an ocean amid Hurricane Irma’s attack. 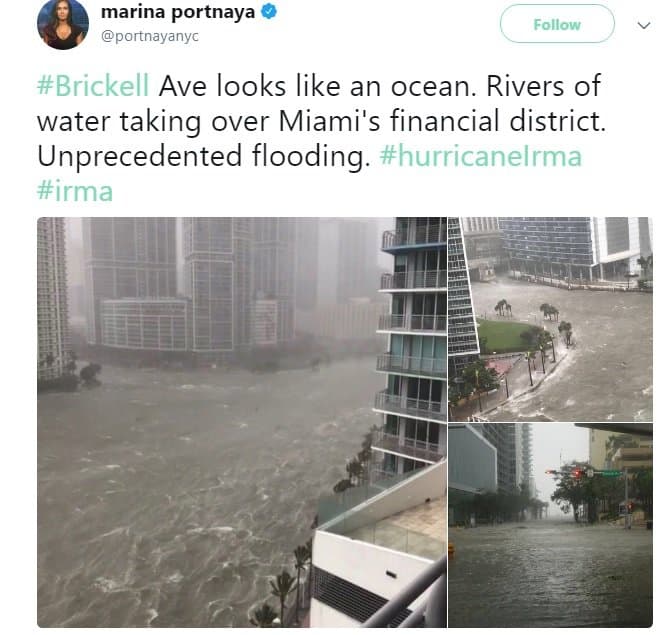 “The flooding in Brickell is beyond comprehension. The water is coming from Biscayne Bay – one block from Brickell Ave. It’s pouring over the sea wall.”

She added that even if the residents wanted to leave the area, there is no way they can navigate through the floods, which one Twitter user, Brian Entin, described as neck-deep.

The shopping centers were submerged into neck-deep flood waters. 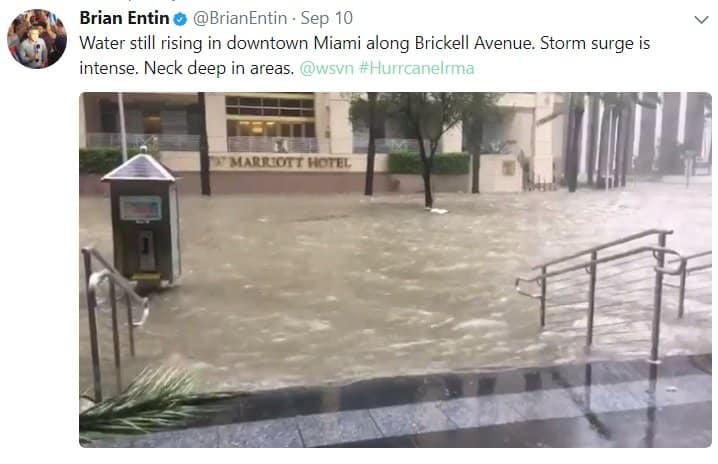 The images of Miami during the hurricane’s landfall and attack are frightening, leaving people stranded in their homes and afraid to navigate through the streets with a deep flood.

The strong winds and a storm surge are not a good match. 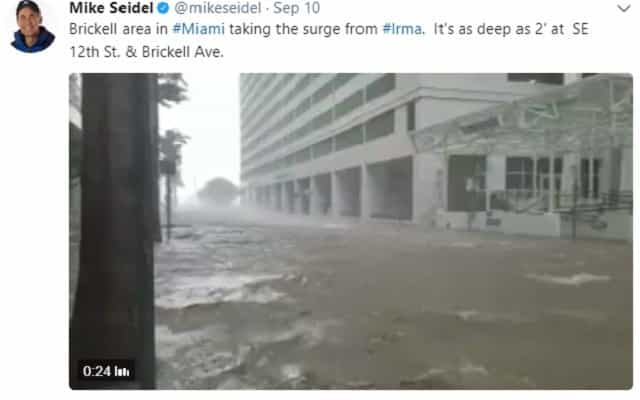 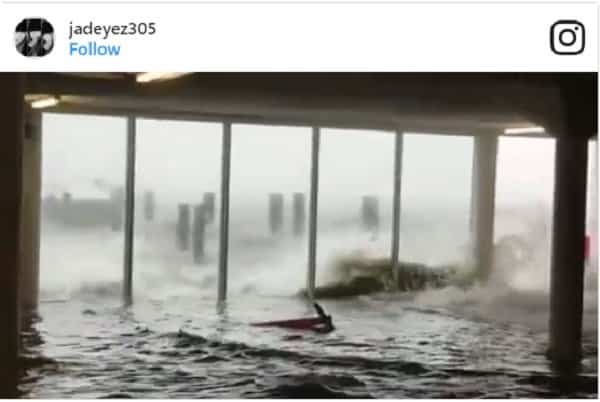 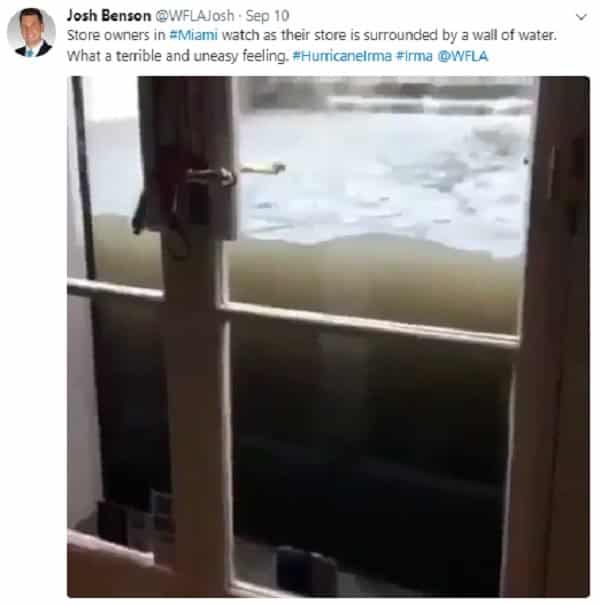 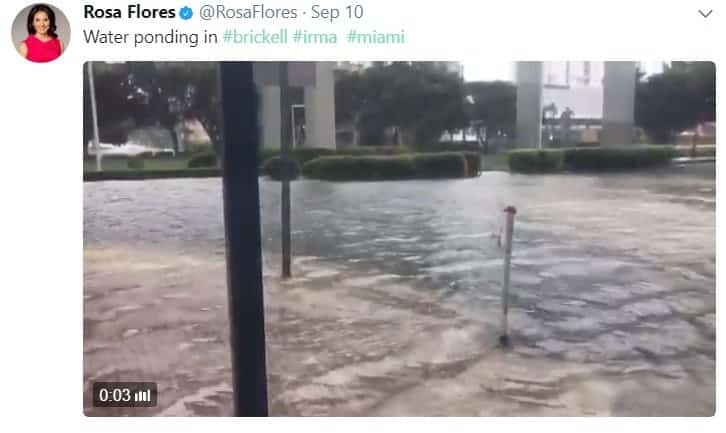 No hurricane has directly affected Tampa Bay since 1921. The area experienced storm surge flooding and extremely strong winds. This is by far, the worst hurricane experienced by the residents of Miami.

Here are videos of the flooding in the streets of Miami: