Sometimes people with disabilities face discrimination and difficulty that restrict them from pursuing and participating in the community, some judge them right away about their conditions and capabilities.

People with disabilities must be encouraged and supported on things they want to pursue, they are not different from us; often times they can excel and do extra ordinary things.

It is against the law that people with disability will be discriminated in different areas of their lives, they have the right to be treated equally and be given a chance to fulfill their duties.

Mark Goffeney of San Diego who’s now 46 is a great musician and has strong dreams and determination. He is known as “Big Toe”, Mark was born without arms and so, he uses his feet to be able to play guitar. His condition didn’t stop him from pursuing his dreams instead he uses this to become more creative and talented.

Mark Goffeney said "Don't feel bad for me, try to be like me." 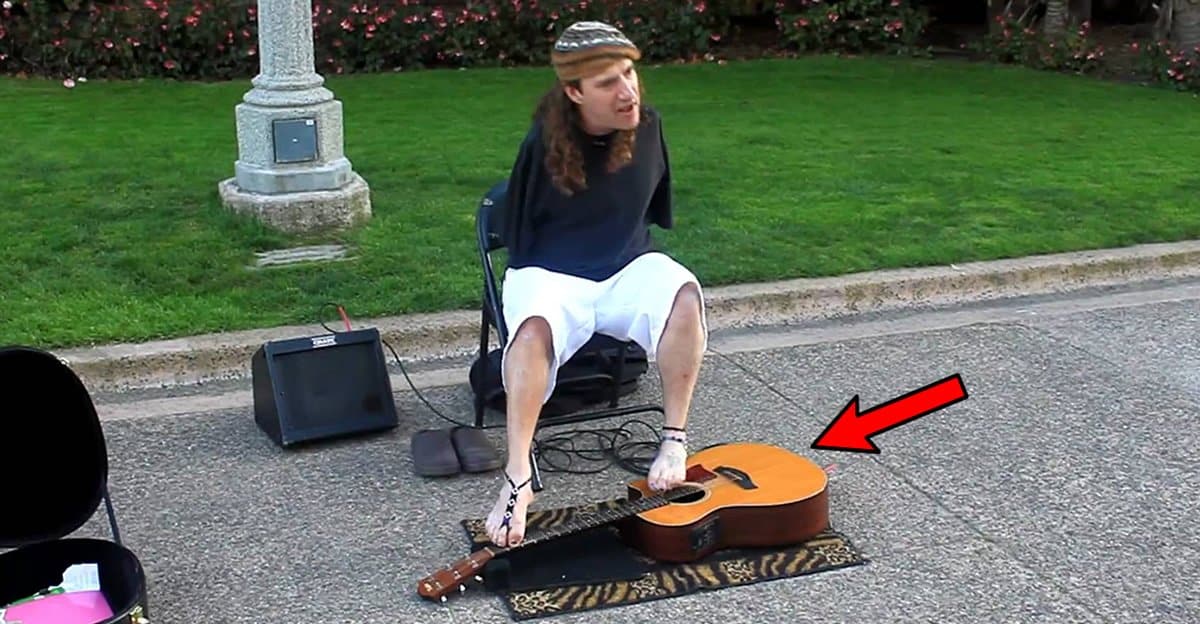 “When I started playing guitar, using my feet was already my primary way of doing everything. I was born without arms, and I grew up using my feet to play with my toys, fight with my brother and play.”

According to Mark, when he was nine years old; his father brought home a guitar with only four strings and this was his first musical instrument he played.

He also shared about his tough journey when he was first pursuing his music career, according to him, it was not easy and there were obstacles. When he started playing, he can only play four songs, he kept on practicing these songs until his toes bleed. He was also trying to build his own band, but it wasn’t a walk in the park experience for him.

“I dedicated every waking hour to searching my town and trying to put a band together,

This was the dawn of the ’80s when the look was important, and a lot of people had a problem with me playing with my feet because of the image only.”

According to him, there were times that people will leave while he was performing. He added that pursuing his career was very difficult moreover when his marriage failed. The break up with his wife made it more challenging for him as he needs to make a living for their kids.

Watch How He Plays the Guitar:

“When I stopped chasing this fantasy dream of being a rock star and just started playing music to make whatever milk money I could to support my family, that’s when everything started feeling good and working out for me,

Here’s another video of him:

The challenges he faced along with his disability didn’t stop but Mark kept striving hard to achieve his music career and did his best to be able to provide for his family.

Today, Mark is known as Big Toe and performs with his band. His music career sustains his living and he is able to provide well for himself and the children. Now, he is known as a good musician and many people listen and enjoy his musical performance. When he performs, people appreciate his talent and inspire them.

Don’t forget to SHARE this inspiring story to your friends and family!