For those who had a long day at work or in school, the public subway becomes the perfect place to sit down and rest. Some even fall asleep there. In this place, however, people can also witness the weirdest acts from others who are either bored or would love to bully others.

A viral video shows an old man apparently pulling out his pubic hair and dropping them on the head of a sleeping woman in the subway. The footage was captured by a passenger who saw the incident.

The disturbing act earned the irk of the netizens, saying it is just wrong and gross. 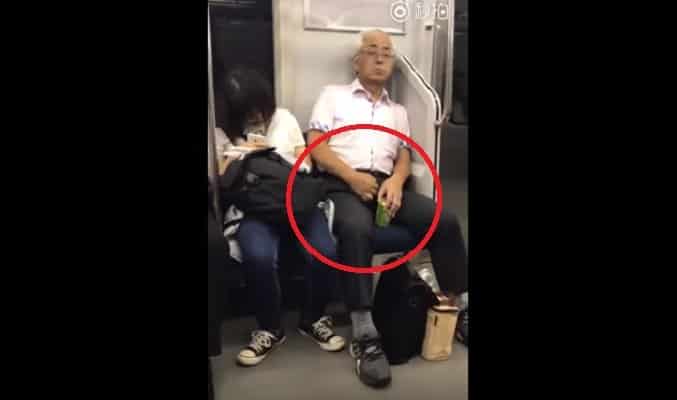 In the video, the old man has been seen doing something in his groin area.

He then slyly slided a hand into his flies and reportedly plucked a hair. 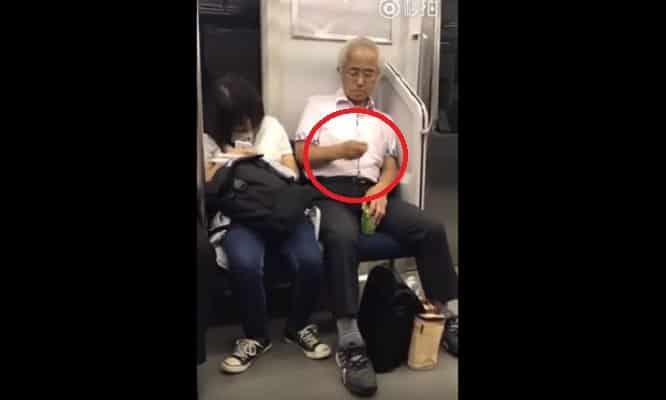 The woman has been sleeping for quite a while before the incident happened. Her head was lolling forward, which indicated that she’s really asleep and possibly, tired from a long day’s work or schoolwork.

The man even examined the pubic hair before dropping it on the sleeping woman's head. 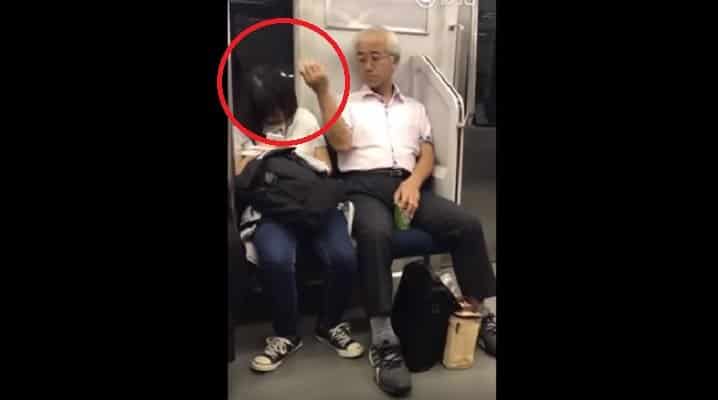 Toward the end of the clip, he was seen doing the same thing. People who reacted on the video, however, blasted the one capturing the footage. They said the witness failed to confront the man because his actions were unacceptable.

The video started to go viral when it was shared by Twitter user momo773716. However, he said he was not the one who filmed the incident. He just saw the video in a video-sharing website.

In the public subway, incidents are common, especially when it involves women being the center of sexual acts by perv men. However, this is the first time a man did this act to a sleeping girl.