It is an unfortunate truth that, yes, there are some perverts out there who would take advantage of unsuspecting victims in the most disgusting of ways. Such as this guy in Turkey who had the gall to strut his junk on a woman while they were riding a bus.

The guy had all the clues of someone planning to flash on a victim. Hunched shoulders – check. Big bag to cover his act and private part – check.

One thing he probably did not consider, however, is the fact that the woman wasn’t one who would cower in fear and allow herself to be violated just like that. Also, the pervy dude probably wasn’t aware that the bus was actually full of women.

In Turkey, a man flashed his genitals on a woman. He immediately regretted it as other angry lady passengers slapped and kicked him. 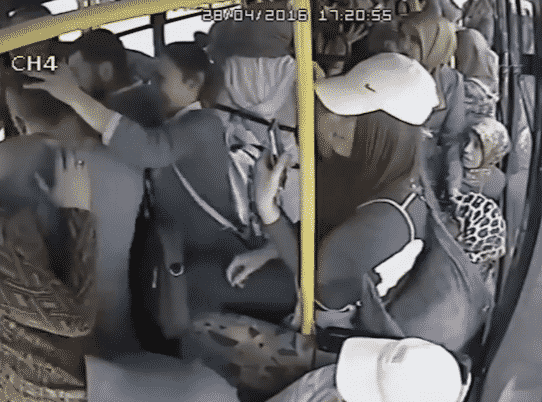 So yes, his weird act immediately backfired on him.

As the footage below shows us, this guy absolutely got what he deserved as almost every woman surrounding him instantly expressed their anger by repeatedly slapping and kicking him.

If there’s one thing we can learn here, it should be the fact that it’s really a bad idea to mess with women – especially those who are commuters. They tend to get mad quicker and they definitely wouldn’t hesitate to lash out their frustrations on you if you do something stupid.

The bus driver, on the other hand, stopped the vehicle at the police station. The pervert was quickly taken into custody. 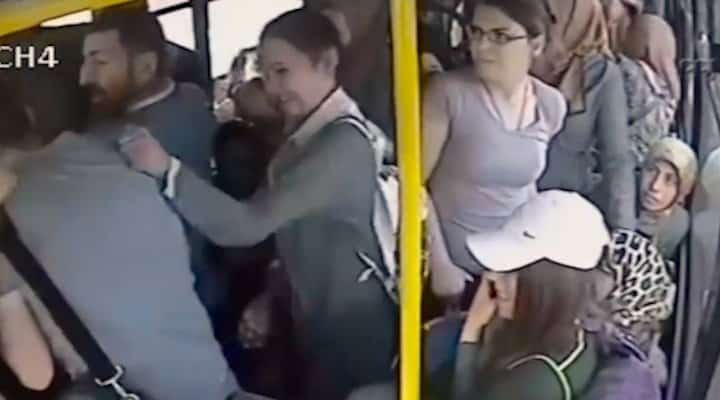 According to a report shared by Metro, the pervert tried to escape but the bus driver did not open the doors. To make matters worse for him, the bus pulled up in front of the Basiskele Police Station and he was immediately taken into custody.

Well done, ladies and bus driver. You all deserve a pat on the back!