We have always known that men are in the stronger gender than women, but we cannot eliminate the chance for the ladies mastering self-defense strategies. We hear a lot of sexual harassment scandals these days, and this may be one of the reasons why women are starting to be more concerned of their safety.

Sexual crimes committed against women though caused a stir in the recent years. Men claim women give them the motive to disrespect them with their unusually revealing outfits. But if they are not really up for flirting and won’t give in to your signals, better back out and start showing some respect. You may never know what martial arts degree they hold, and you may never guess how severely injured you will end up if you push through with your filthy plans.

A creep tries to hit on a woman inside an elevator. 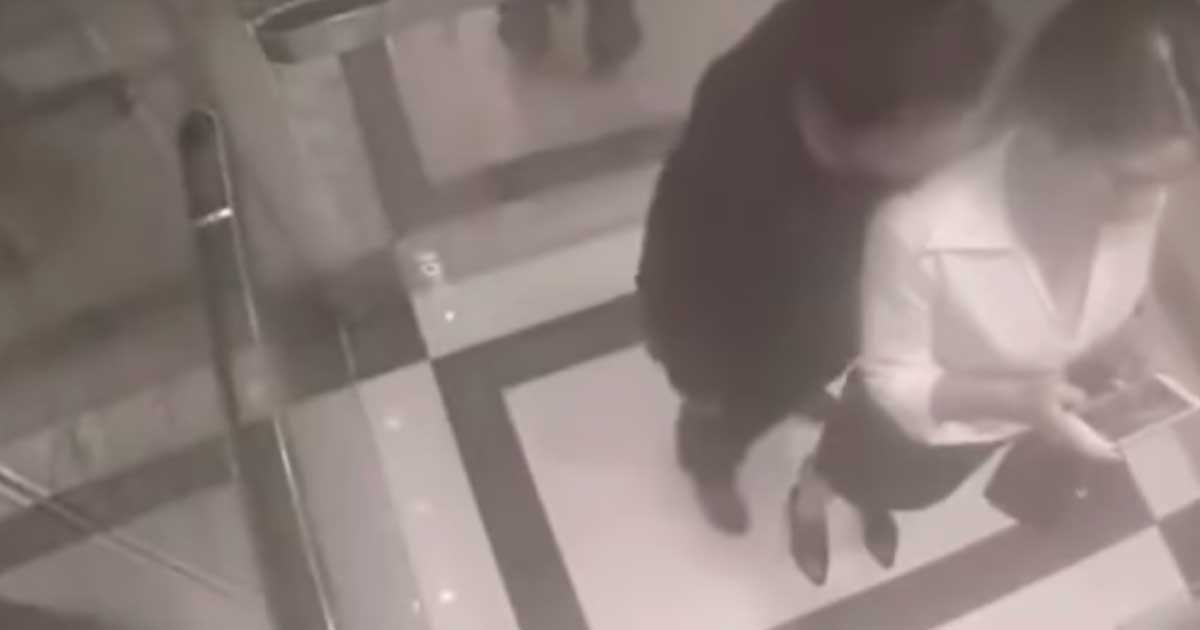 A man in China was stubborn enough to back out from touching a woman in an elevator, and he was definitely served what he deserves. Since he cannot contain his … his victim taught him the value of respect in really painful way.

An elevator security camera footage is going viral on Chinese social media. Why? Because in it is a woman who taught her abuser a lesson he probably will never forget.

A woman focusing on her phone was approached by a pervert from behind.

The video starts with the woman standing in one side of an elevator while checking her phone, and a man was standing across her. However, the man started to act inappropriately by coming up behind the woman and starts looking over her shoulders, seemingly trying to read her messages. But the woman noticed what the man was trying to do so she sent him clear signs that she is already feeling uncomfortable.

This woman won’t let this creep take advantage of her though so she shows him some serious skills that made him regret touching her.

The man took a step back, and the two switched sides in the elevator. The woman tries to ignore the creep but the man moves around as well.

After a few moments, he starts to come close to the woman and sneaks behind her again. Still not contented, he starts to slide his hand onto the woman’s shoulder. This is when the woman seems to have had enough already, and with one hand, she swiped the stranger’s hand off her shoulders and turns around to face him.

The woman then hit her abuser in the face, making the pervert fall back into the wall. The man takes some steps forward so the woman kicked the stranger in between the legs really hard. This time, the man bends over in serious pain. But our wonder woman didn’t stop there. She placed her hands behind the stranger’s head and knocks him in the head with her knees. The man slumps over on the floor before the woman walks out of the elevator in triumph.

After a good blow on his head and groin, this pervert should know by now that he cannot harass any woman.

So for those who think they can easily intimidate women, you better think twice. If you are trying to score a touch from a woman who already said no, better put those hands inside your pockets or you might end up getting a taste of some self-defense.