Love goes both ways. It takes a faithful man and a woman to maintain a marriage full of love and a happy family. However, what will you do if temptation comes knocking on your door? Especially when the other party don’t give a damn to your ‘marital status.’

The internet was amazed on how a married woman turned down a cheating husband who was asking her for a date via Facebook. There was a sincerity on the start, completed with a spinning kick at the end. May this become a lesson to all cheaters.

Her responses starts off polite but his intentions were clear. Take note, the man in question is also a married man. His profile picture seems to be a photo of him and his kids. 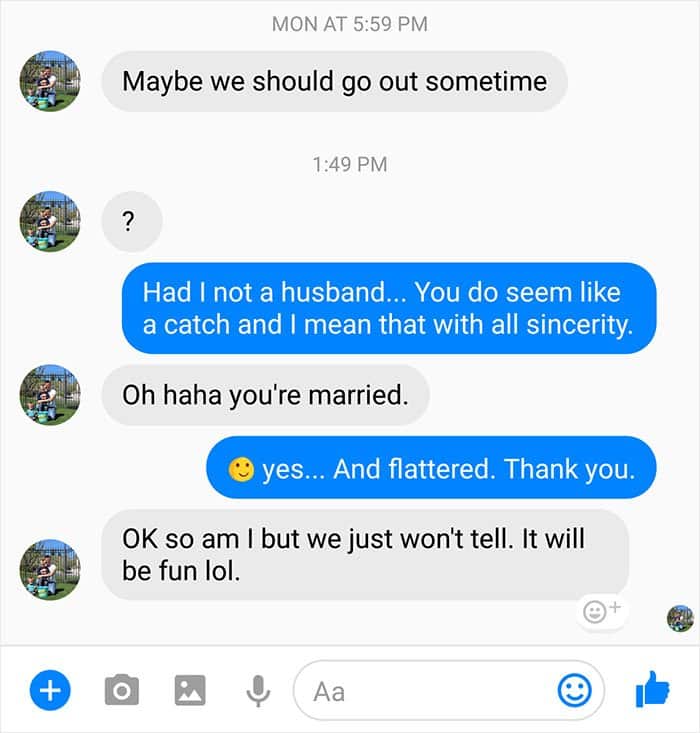 He should have just left it there, but this man pushed his luck and got burned with a savage reply. This one is both heartwarming and brutal. 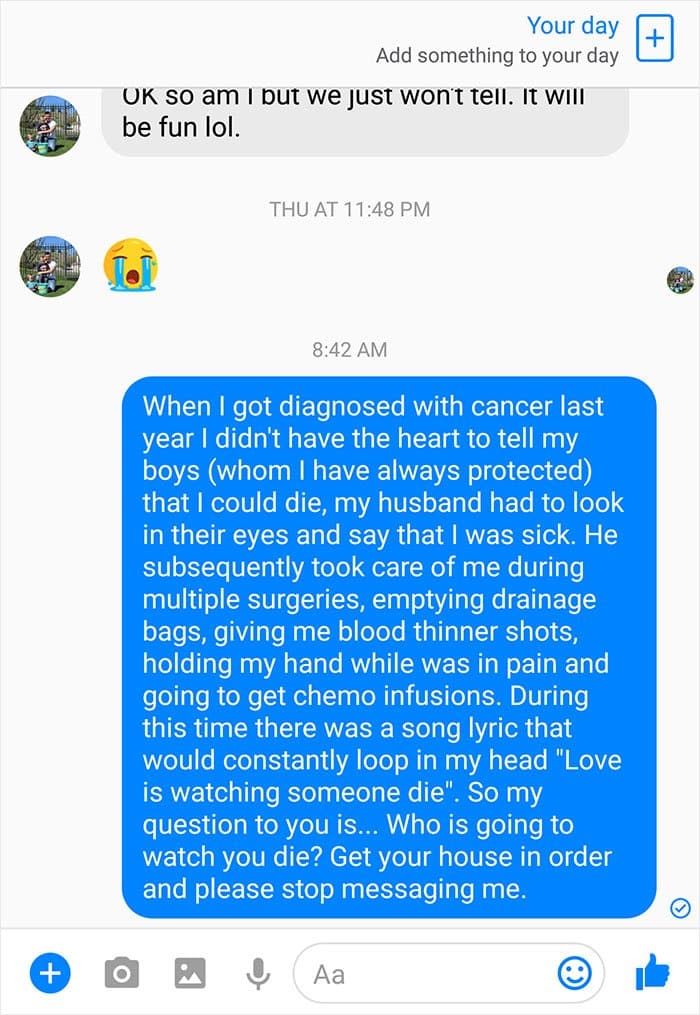 “So my question to you is…Who is going to watch you die? Get your house in order and stop messaging me.”

According to Bored Panda, the two interacted and had some political banter on Facebook before the man sent her a private message. The woman then uploaded their conversation via Imgur.

The netizens instantly fell in love with her and her response, sending comments like “Brutal. Love it.” While the cheating man earned his lectures.

Well, it looks like some are also worried about the cheating man’s wife. That poor woman got to know the truth. 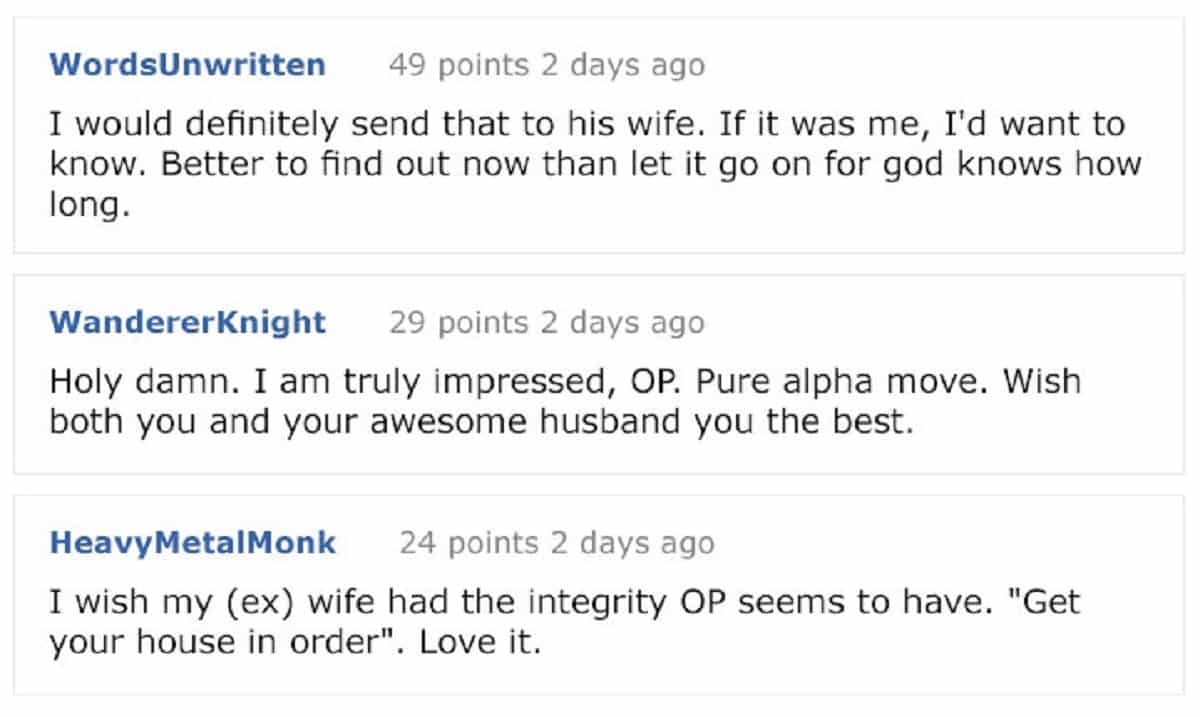 This story gives hope to those romance lovers who haven’t found their other half yet. The woman showed us an amazing act of loyal love. Well, we can’t say that her love and loyalty to her husband is not well-deserved.