When an unidentified man learned that his girlfriend was cheating on him, he decided to give her a birthday surprise she wouldn’t forget.

In the footage, the man can be seen leading his “blindfolded” girlfriend through their house while singing the “Happy Birthday” song. He constantly reminds her not to peek as he leads her to a room where the big reveal would happen.

When they finally reach the room, the excited woman was dumbfounded to see all her belongings boxed up. Obviously, it meant she had to go and leave.

Puzzled by what she received for her birthday, the woman asked her boyfriend why he packed all her stuff.

“Coz’ I busted you cheating on me,” the man told his girlfriend.

Unfortunately, the video immediately gets cut after the big reveal so we certainly missed the juicy part of the story.

The video of the big surprise has caught the attention of Internet users and has since made the rounds online. 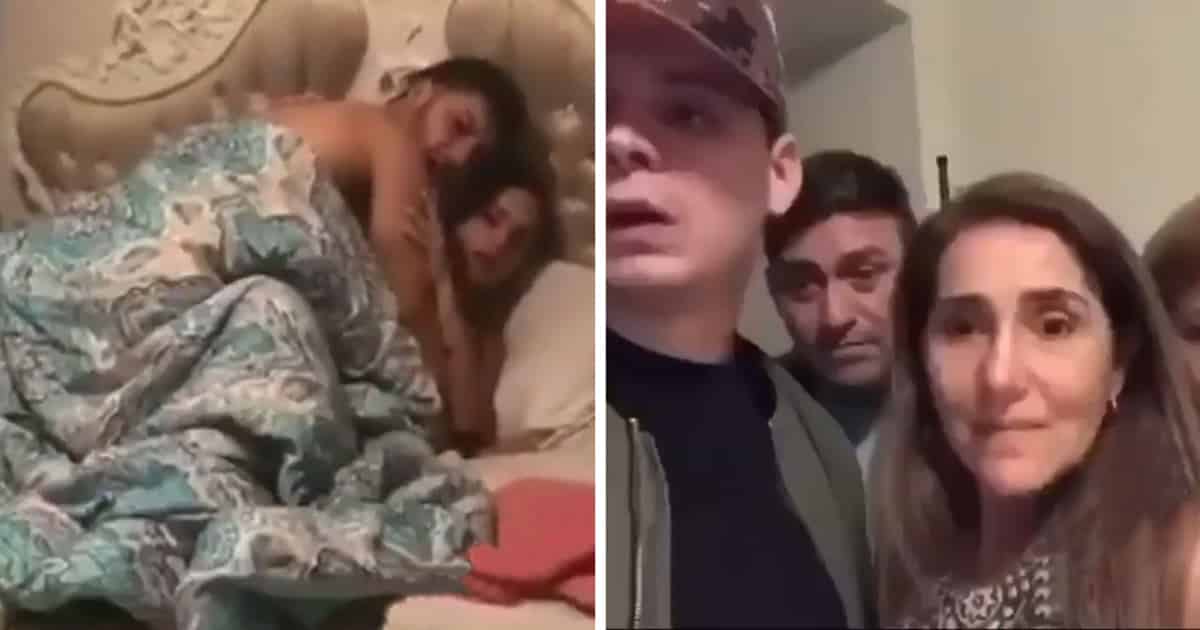