“Love knows no reason, no boundaries, no distance. It has a sole intention of bringing people together to a time called forever.”

When someone marries a handicapped person or anyone who has physical and mental imperfections, most of the time it usually leads to doubts and, in some cases, accusations. Most people thinks loving someone with deformities is kind of questionable.

But you can’t really measure love by just the physical appearance, as proven by Mindie Kniss from Arizona who is happily married to 2-foot-8inch-tall Sean Stephenson. The sweet couple, who are both motivational speakers, met through a mutual friend in 2009 and got married in September 14, 2012 after Mindie moved to Chicago to be closer to Sean. 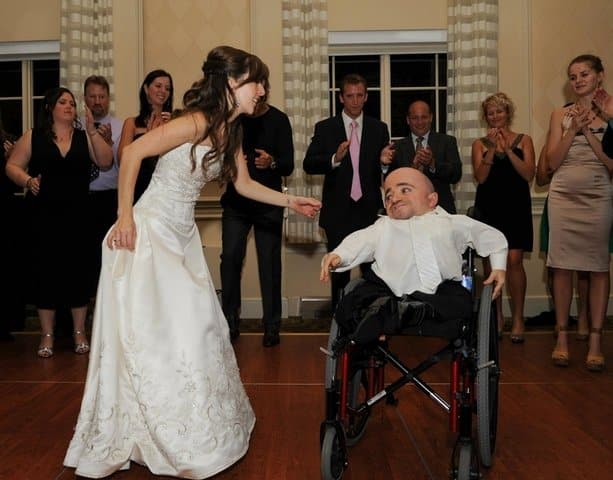 Despite the happiness of this unusual couple, they have been ridiculed by people, especially internet trolls, who assumed that Sean, 35, could never ever satisfy Mindie sexually due to his small body and that she’s only after his money.

But Mindie, 36, insists her hubby is “one of the most sexual people” she has ever met. 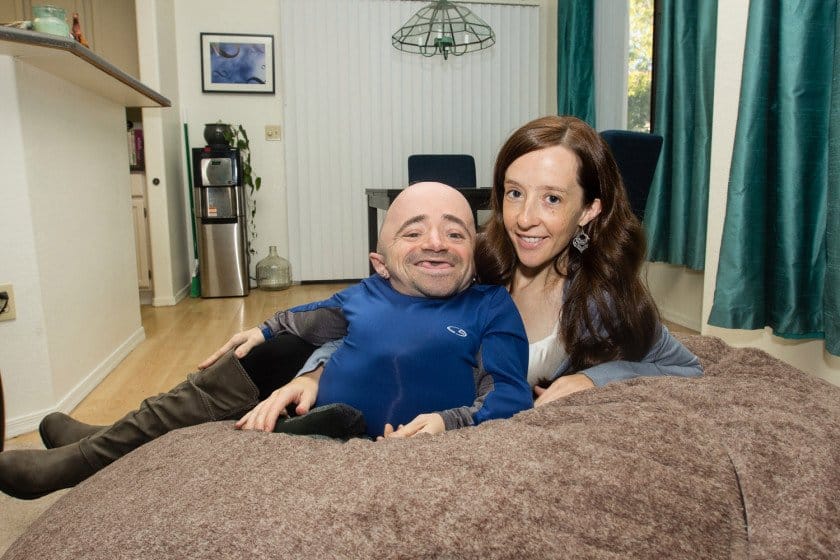 “I had to set the record straight,” she said. “It wasn’t love at first sight, but Sean is one of the most sexual people I have ever met — it’s appalling to suggest that my husband cannot satisfy me sexually and it’s none of their business.”

The wife claimed her husband is “more than man enough for her.” 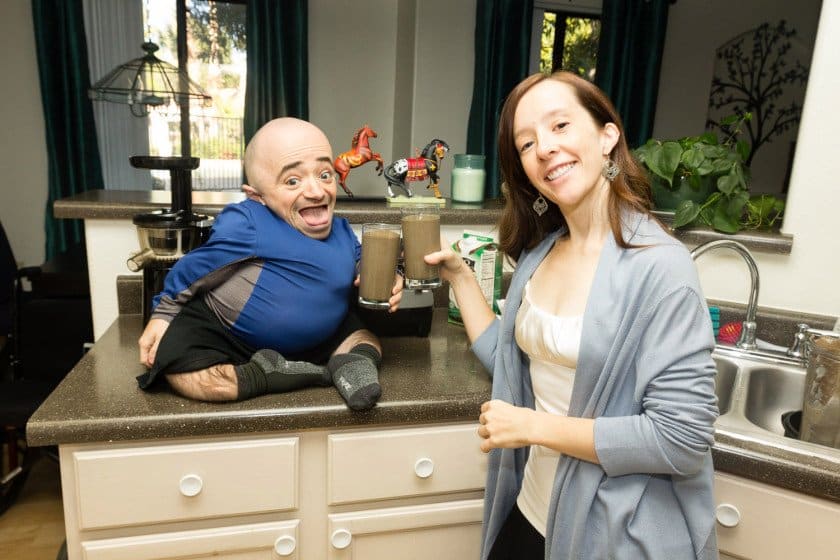 “Just because he’s disabled doesn’t mean we don’t have an awesome sex life.” Mindie explained. “It was different than having sex with an averaged-size person, of course — but it wasn’t a problem at all.”

He’s a demon in bed. 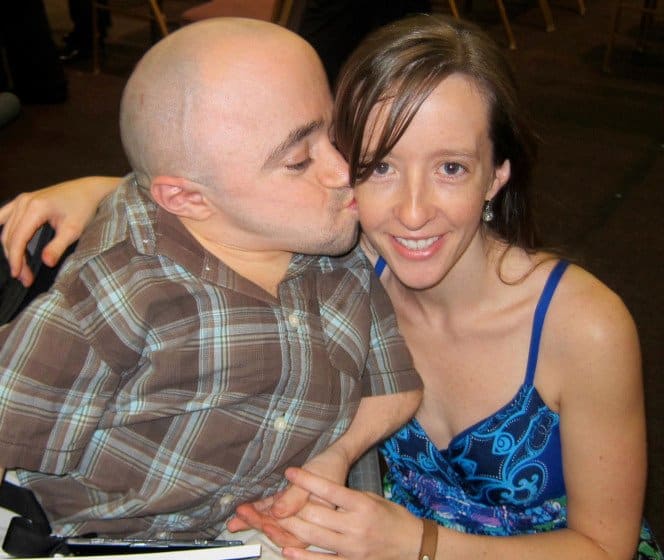 And according to Mindie, her little husband has a wide array of tricks up his sleeve once the lights are dimmed. “There are no limitations when it comes to sex,” she said. “There’s no position he can’t manage and I don’t have to be extra careful.” 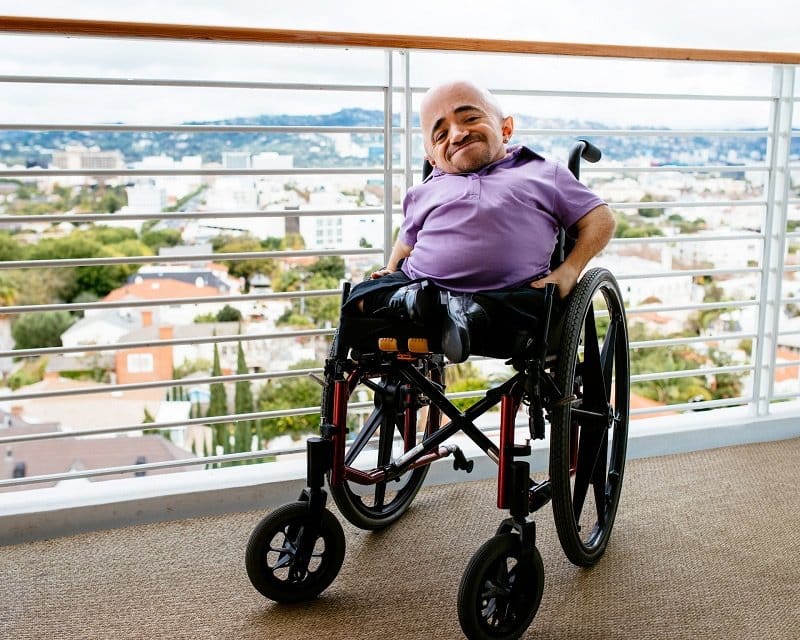 “I’m the most sexual person I know – sex is probably the biggest part of my life,” Sean said. 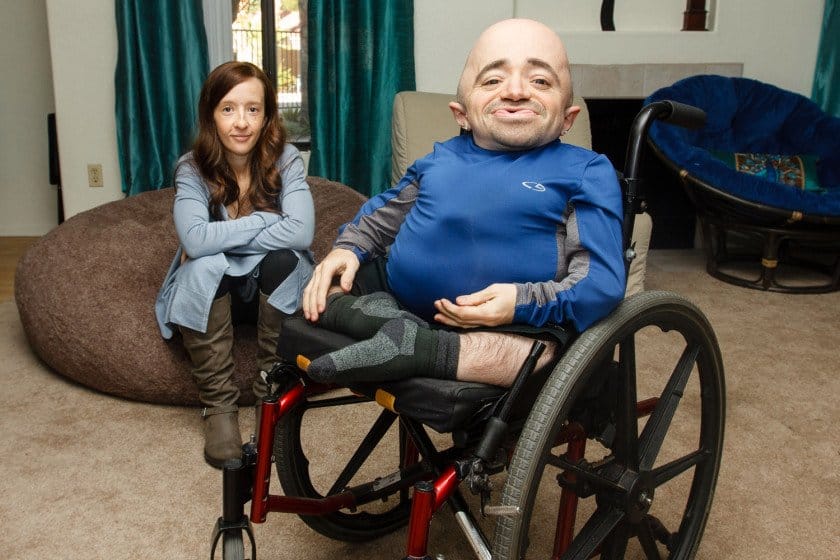 Osteogenesis Imperfecta, or better known as Brittle Bone Disorder, dramatically affects his growth and causes his bones to be extremely fragile. By 18, he’d already suffered over 200 bone fractures.

Love will truly conquer all. 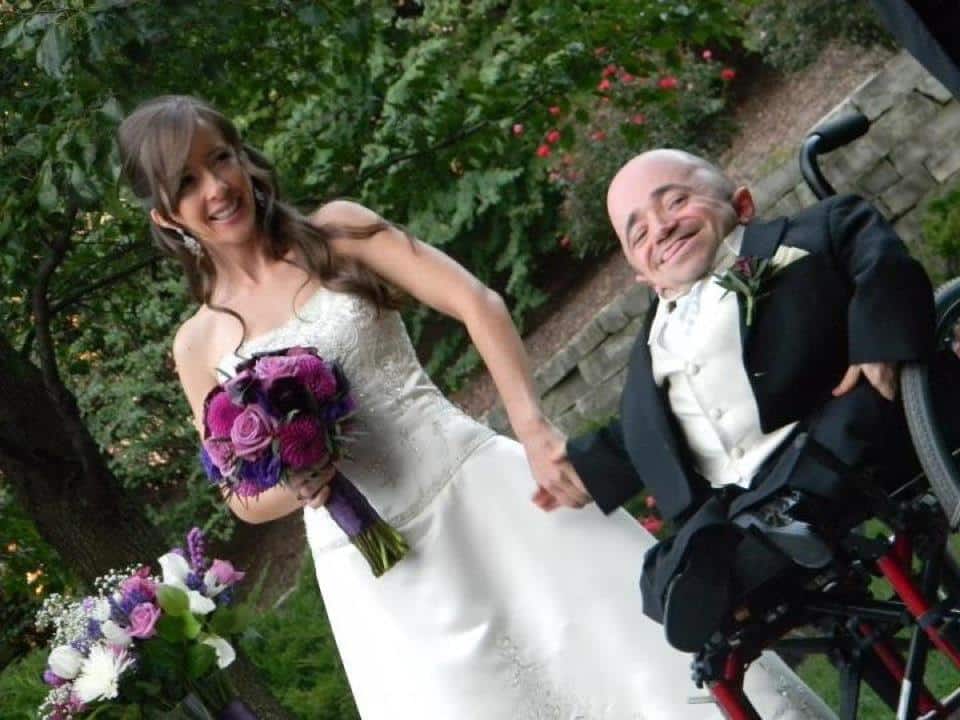 Despite the huge difference between the two, they managed to conquer all the odds in order to proved that it’s not the physical appearance that really matters, but the love and acceptance for each other.

The couple are very happy to confirm they have a great sex life. 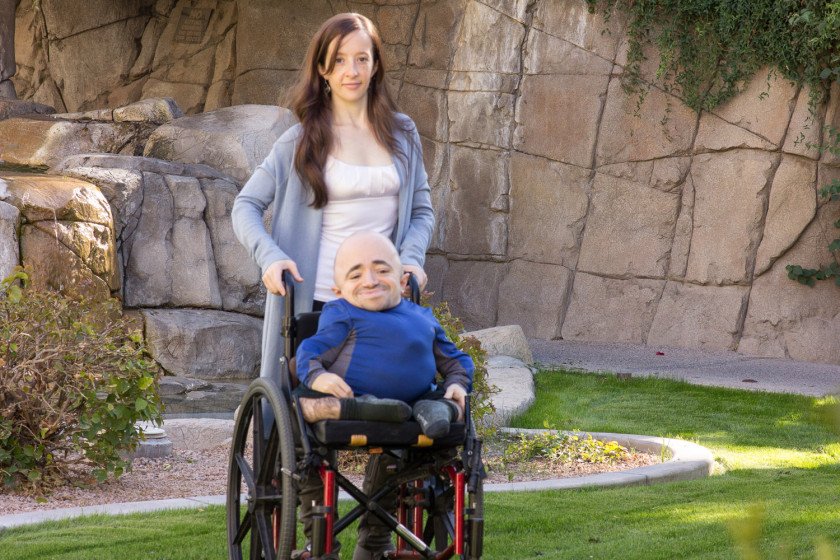 The carefree couple lives in Scottsdale, where they continue to stand tall against people who question their relationship. The effort is one that Mindie believes will truly make a difference.

Yes, it’s quite unfair that our cruel world treats these people as unwanted and undesirable. What’s even worse is that, they are usually laughed at, ridiculed, and frowned upon. This story is such an inspiration to everyone, leaving us a message that size and physical appearance doesn’t really matter when it comes to love, and that we should not judge other by their appearance.

What do you think about this couple and their relationship? Leave your opinions on the comments section below. And also do not forget to SHARE this amazing love story to inspire people.