Hardcore Lego nerds are unbelievably creative. Just give them lots of bricks and ample amount of time and they can, almost always, build pretty much anything you tell them – even a Titanic ship!

Now a husband recently caught a lot of attention online after he made a dress and purse made from, you guessed it – Lego bricks.

Brian D’Agostine, also known as Dag’s Bricks in the Lego community, made the two creations using an astounding 12,000 pieces of Lego bricks.

According to a feature by PopSugar, D’Agostine “created the ‘Little Black Dress’ for Bricks Cascade, a yearly Lego convention and exposition.” During the said event, adult fans of Legos come together and showcase their creations.

Fellow Lego fans at the convention immediately noticed D’Agostine’s masterpiece and they immediately got curious. 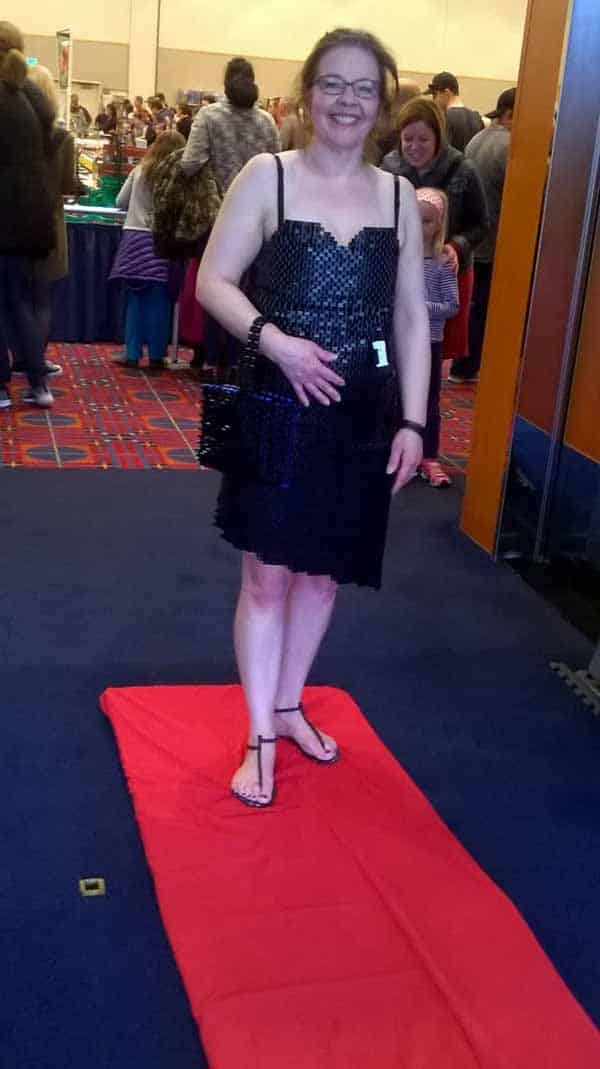 The couple was constantly asked two things – was the dress actually made of Legos and was it comfortable to wear. 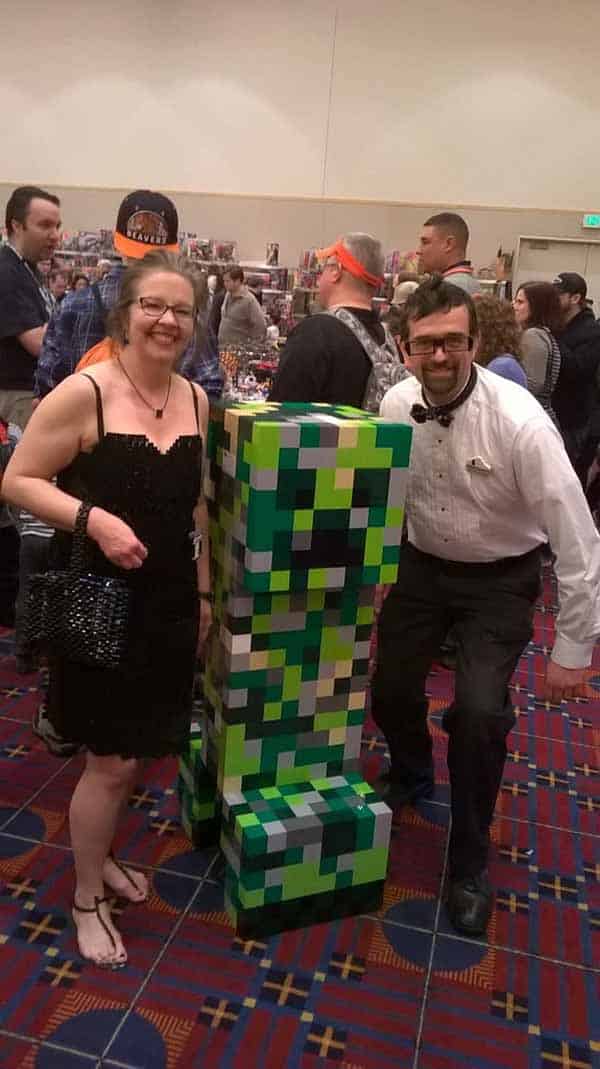 The verdict, of course, was that it was “relatively” comfortable, PopSugar further tells us.

Not to be outdone, D’Agostine also rocked Lego-made bow tie, belt, and glasses. 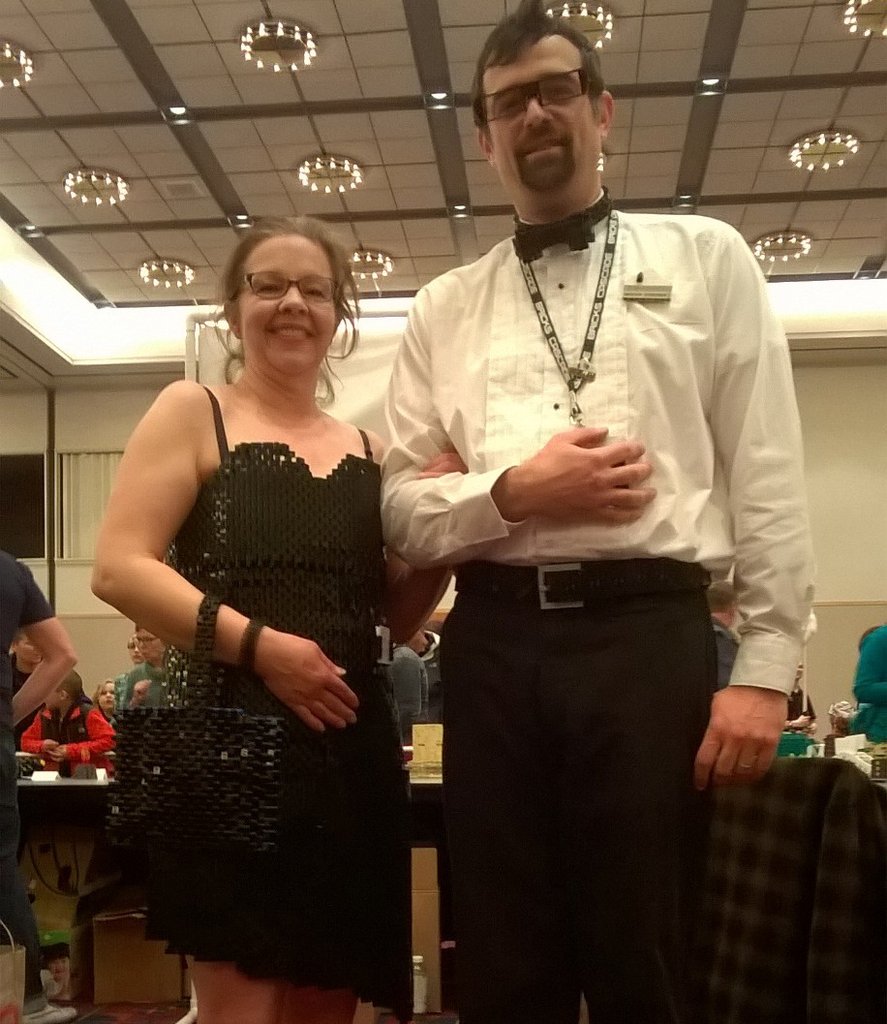 Needless to say, D’Agostine and his wife repeatedly got approached and asked by everyone to have photos taken with them. He shared:

“Many of the guys were reasonable enough to ask first before snapping photos or feeling the dress.”

So what’s the next move after the couple’s new-found popularity? Well, PopSugar tells us that for now, “the two don’t have any plans to show off the dress nationally”. It is, however, highly likely that the creations will “appear in a local shop and Lego store, but no other requests have been made.”

Girls, marry a nerd. You’ll surely end up having lotsa fun as you grow older together. Take it from this woman!