The said image has been making the rounds on various websites and on social media lately as netizens have been moved by its simple but powerful message. As of this writing, the Imgur photo has already been viewed more than 2 million times.

The unnamed Russian veteran can be seen wearing several of his medals, holding a balloon and some flowers while wiping tears away from his eye.

This WWII survivor was the last man standing from his comrades. He marched alone in Russia’s Victory Day parade. 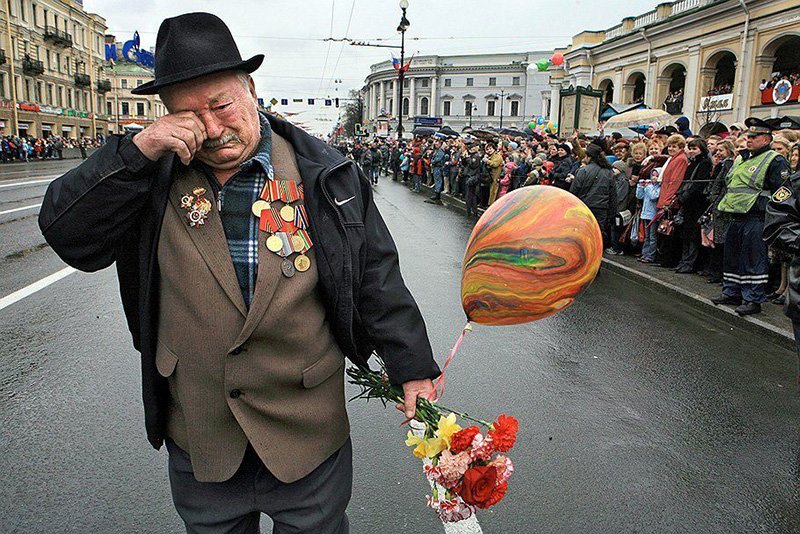 A picture is indeed worth a thousand words.

Quite obviously, the man served in the war during his young age. It simply means he spent his younger years fighting in battle, not enjoying his youth. Most likely, he has many war stories to tell and, knowing Russia’s history in World War II, those stories are probably not that pleasant.

It has been said that Russia has lost more soldiers in combat than any other country in history. So seeing this man walk alone in the parade may be a bittersweet moment for him. Sure, he may be grateful he’s still alive, after all these years, but the event might have reminded him of his painful experiences and fallen comrades.

Looking at the picture, Imgur users took their thoughts and feelings to the comment section.

“That was an absolutely devastating war for Russia. Whether that man is shedding tears of sadness or joy at the celebration, he’s earned them.”

On the other hand, ober pointed out:

“No medal will bring back what was lost.”

Here’s a salute for all soldiers out there who are bravely risking their lives for their respective countries. Thank you for your service!