Animal friendship stories are full of fun and surprises. Some will make you laugh and others will make you cry. But this story of Lana and a young bull will definitely make you squeal with delight.

Dogs are sociable creatures and Lana, a six-month-old dachshund, is here to prove it. The little pooch is described to be friendly; she’s good with people—strangers and familiar faces—and even other animals. She’s basically good around anything, even with creatures that are way bigger than her, just like this cow. 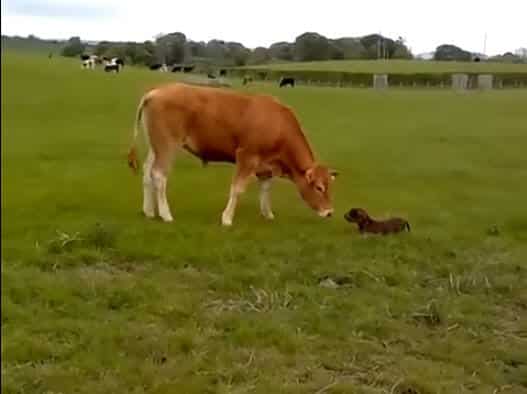 Well of course, little Lana was shy at first. 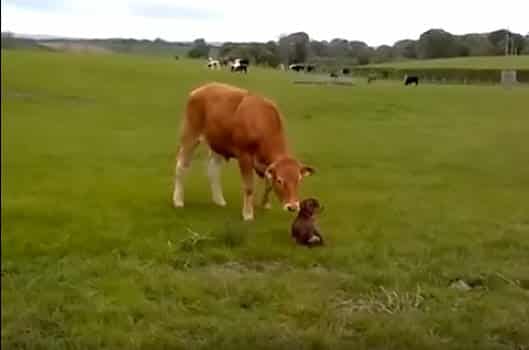 She was obviously cautious when she saw the unfamiliar creature, but she wants to get to know him better at the same time. She managed to sniff the cow’s muzzle and the large animal sniffed right back. 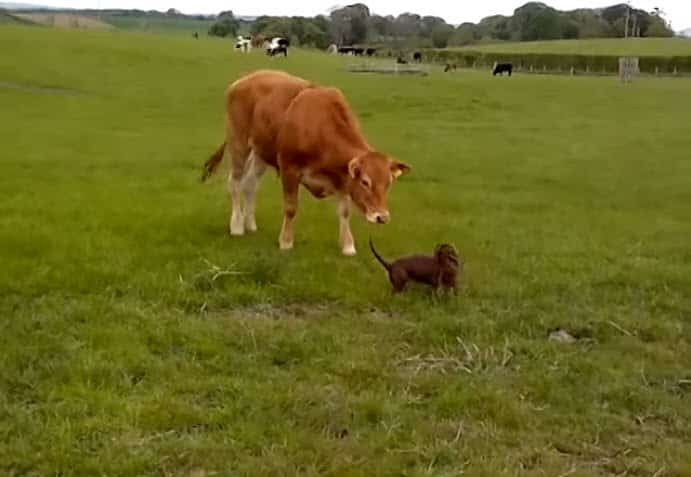 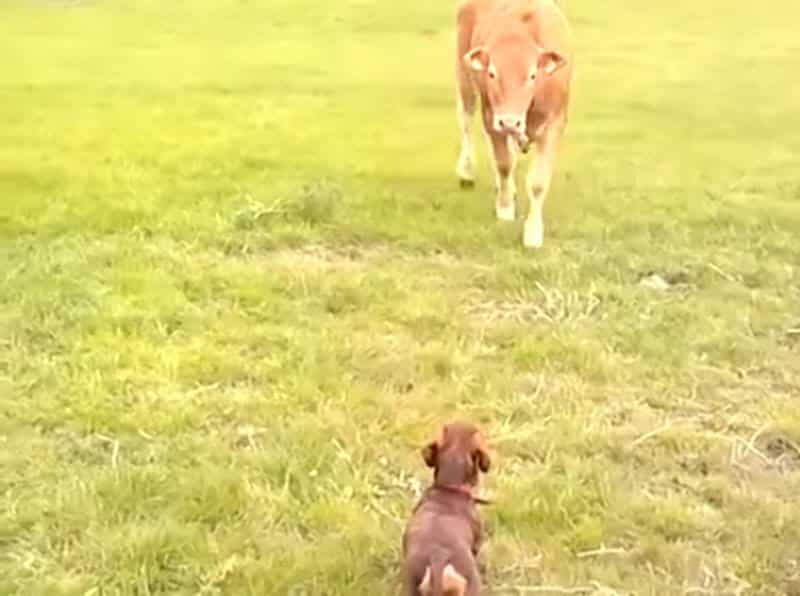 “Yes, his nose is waaay bigger than mine…” 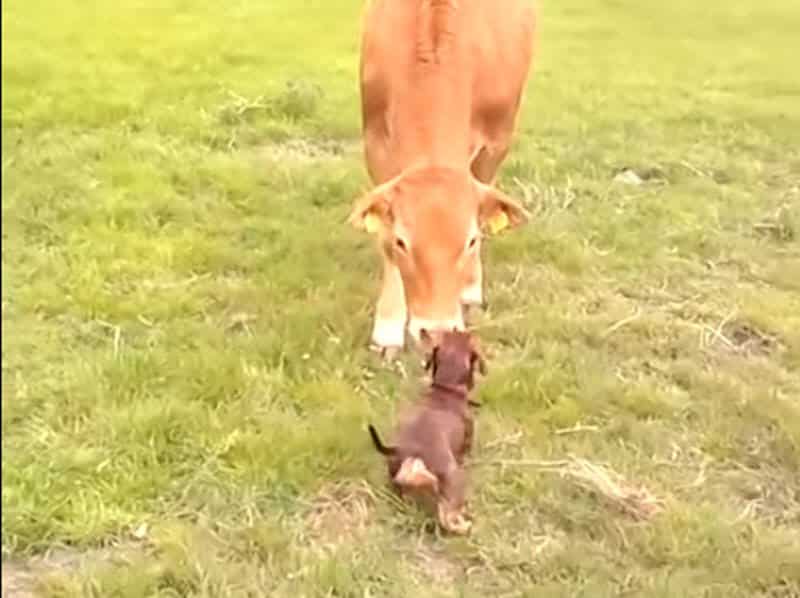 The young cow appears to be just as curious as Lana that he even went after her when she scampered away. It’s a case of “come and get me” with these two.

Lana has not let her guard down, but eventually she finds the courage to be the big animal’s little playmate.

She then switches to her playful mode. 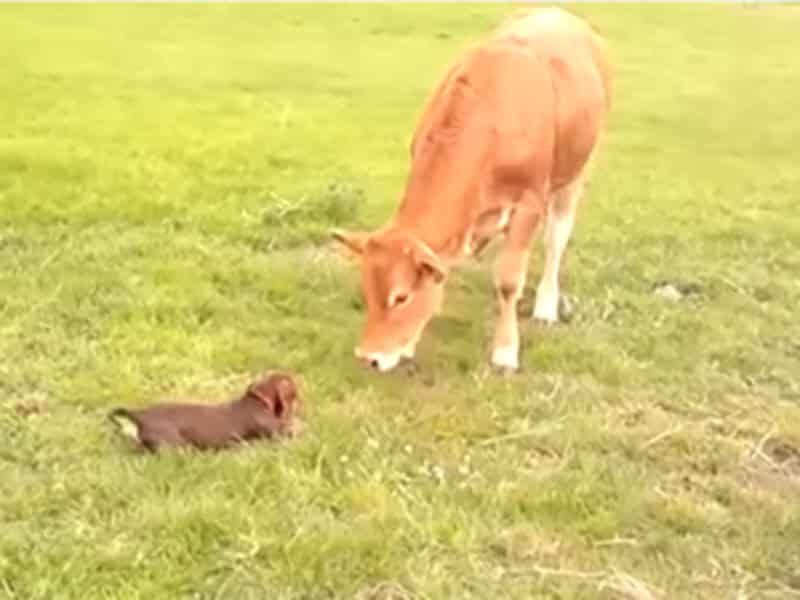 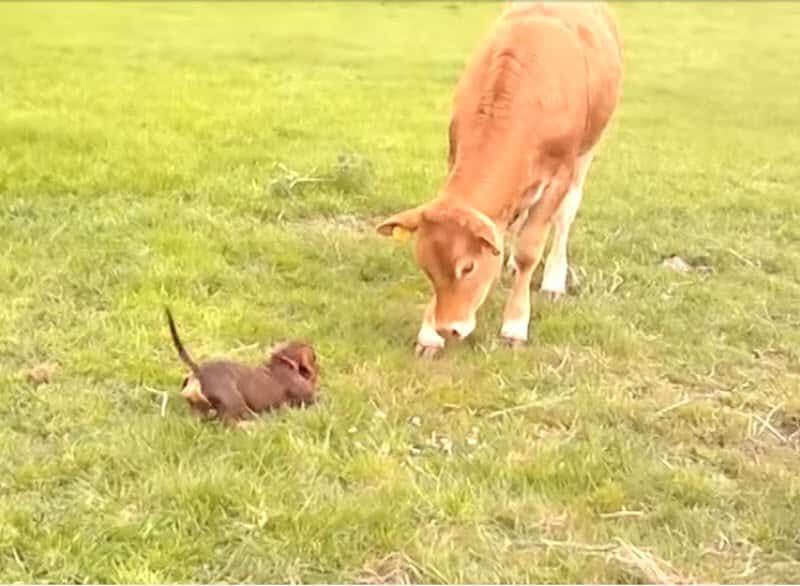 She shows no fear and she has found a new play date in just seconds. It appears that Lana is much better at making friends than some people.

Watch the full video of Lana and her newfound farm friend here.