As a kid, I grew up with a fascination for all things Captain America. I read his comic books, watch his cartoon show, drew him often on the pages of my school notebook, and even owned a full costume complete with that ridiculous winged mask,

But before heading to the theaters, let me just share with you this awesome bit which recently went viral online. 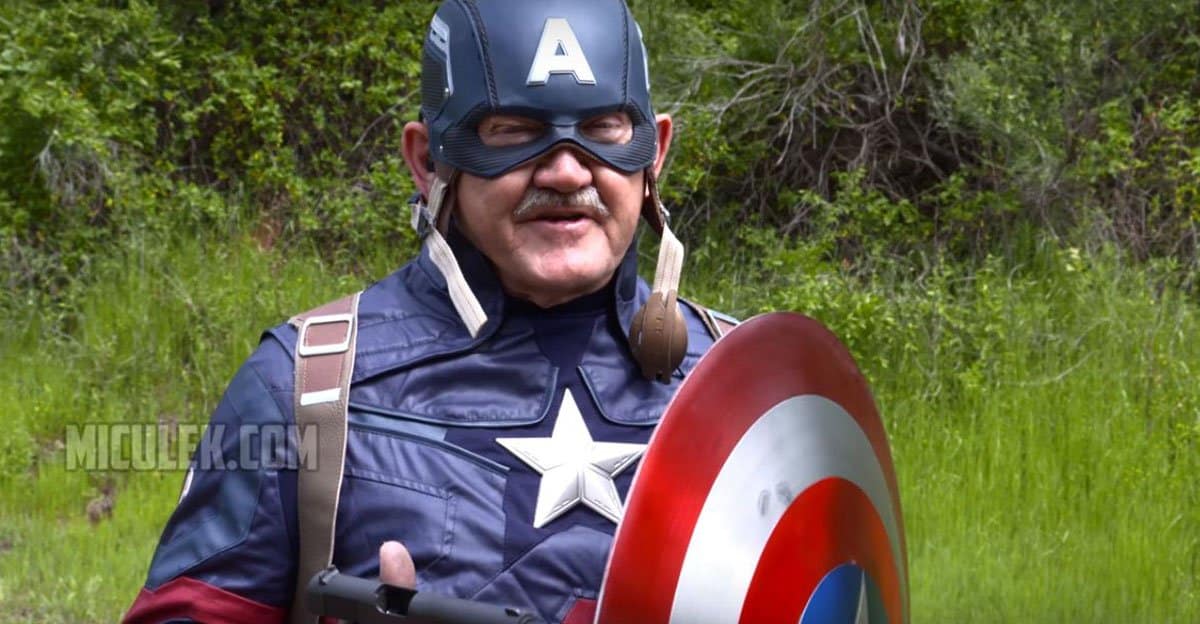 Jerry Miculek, a professional competitive shooter, dressed up as Captain America himself and boasted an awesome replica shield that can withstand gunfire.

In a video posted on YouTube, Miculek said “We have created the first functional version of (Captain America’s) mighty shield.”

Miculek tested the replica shield’s strength by firing 8 rounds from his gun.

Sure, his shield isn’t made of Wakandan Vibranium (the fictional indestructible metal used in the comic books) but it’s really tough as heck. Besides, Miculek came up with something close to it – a solid titanium shield. Other than that, they made the shield as close as they can to the real deal. It even weighs 5.4 kilograms (12 pounds), “just like in the comics,” he added.

The replica shield weighs 5.4 kilograms and is made of solid titanium.

To test the defensive weapon’s strength, Miculek used an M1911 semi-automatic, recoil-operated pistol. He then fired eight rounds at the shield to see if it can indeed withstand live bullets and protect the dummy behind it.

Did the replica shield live up to its fictional counterpart?

I am seriously impressed.

As Miculek himself said:

“Captain America would be proud of this shield.”

I have no doubt about that!